Sites Unseen: A pilgrimage beyond politics and platitudes reawakens a spiritual connection to land 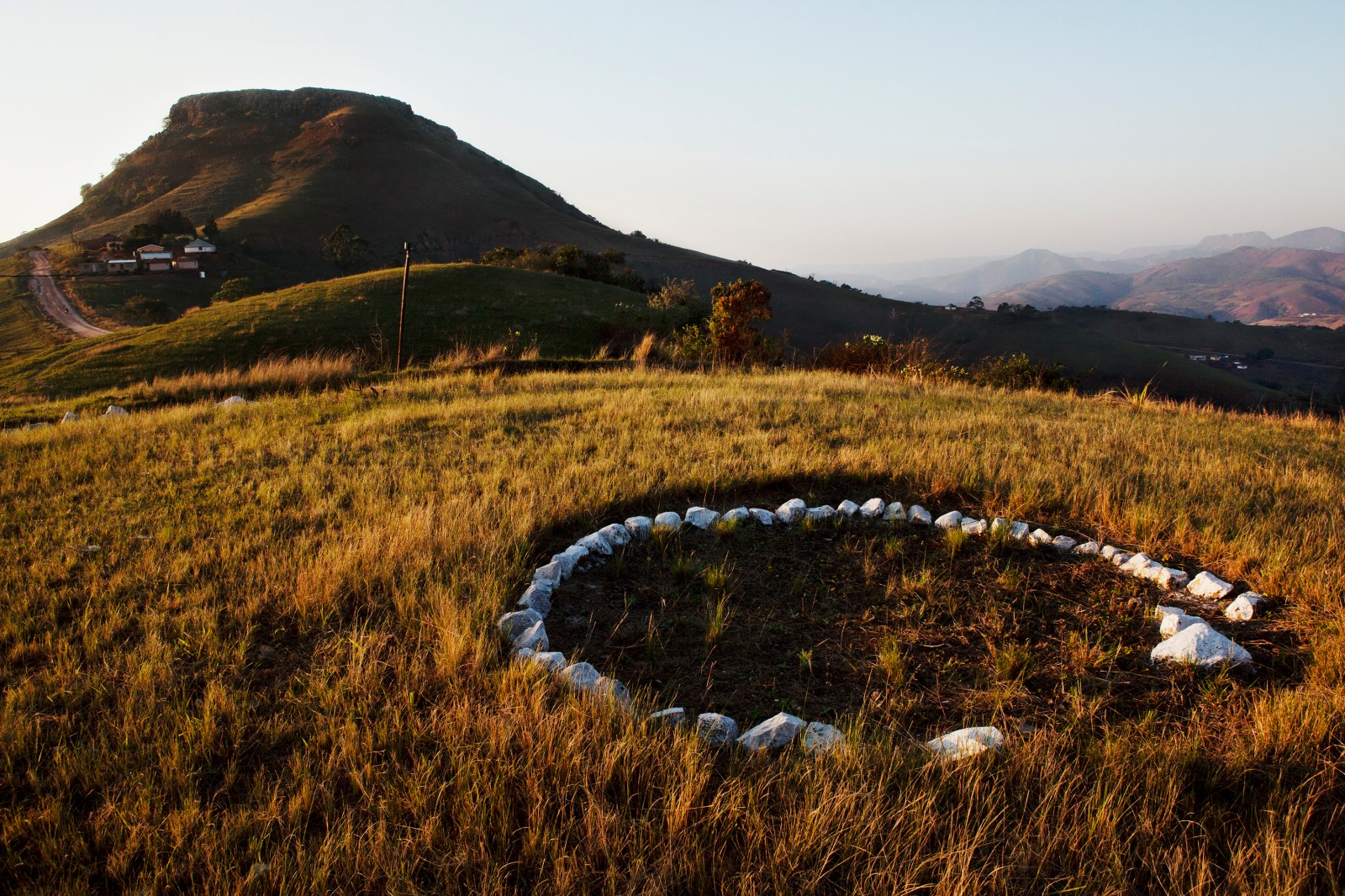 Every year, the followers of the Ibanda lamaNazaretha (Shembe church) embark on a 50km pilgrimage from Inanda to Mount Nhlangakazi, the church’s holy mountain, where the founding prophet is said to have received revelations from God.

Although the ownership of land in South Africa is a highly contested issue, people have long marked and celebrated their connections to the land in ways that signify and reimagine what it means for a variety of the country’s inhabitants.

I have been moving away from the coalface of photojournalism and documentary photography to explore and understand our country from a perspective of celebration for some time now.

In part, this was a response to see beyond the issues and images that are associated with “the frontline”. I was always a reluctant war photographer, but I placed myself in that position because it was very important to speak back, like many others, to a country and continent that was crying out for humanism and justice.

My work for many NGOs over decades also took me to another kind of frontline, to the heart of socioeconomic issues, whether poverty, development or the HIV/AIDS pandemic. That, too, was a very challenging, emotional space. I reached a point of exhaustion as a result of “compassion fatigue”.

Two years into our new democracy, I embarked on a project called Moving Spirit. For about 10 years, my approach was to allow the camera to narrate the moving spirit and healing running through the country. I, too, with or without my camera, was and am still part of a country trying to heal itself.

On this journey, I joined millions of South Africans on a pilgrimage beyond politics and platitudes in search of a transcendent spirit. In my travels, I observed how colonial and African, ancient and modern, eastern and western, first and third worlds, gazed and interacted with each other.

At the highest level of spiritual practice, I saw there were no divisions of colour, gender, class or form of worship – there is simply a common language and an open road.

I was humbled by the many doors that opened for me. I was privileged to walk up holy mountains, to kneel before God in places of worship, to be blessed by many priests, to pray and be prayed for.

I held the talking stick and the traditional staff that represents “healing and not killing”. I was immersed in all that is held sacred by a diversity of people and practices. It was a special experience for which I am immensely grateful.

EarthSongs, my book and exhibition, is a continuation of that journey. It does not engage with a diversity of rituals and spiritual practices, but rather with the quietness and presence of spiritual landscapes. It explores and celebrates spiritual connections to the land in South Africa.

Although the ownership of “land” in this country is a highly contested issue, people have long marked and celebrated their spiritual connections to the land in ways that signify and reimagine what it means for a variety of its inhabitants. Such meaning-making often etches the landscape, turning it into a natural canvas through which layered stories, manifest or buried, are expressed.

In quiet ways beyond the news and headlines, people of all traditions, persuasions, faiths and spiritual engagements partake in formal and informal rituals that mark the land in ways that align with their beliefs.

They may go on pilgrimages, or “re-ritualise” places of archaeological, historical and cultural significance. Such rituals may take place in makeshift places of worship, in caves, next to rivers, or in churches, temples and mosques.

In some instances, these spiritual sites are well known, such as Mount Nhlangakazi, the endpoint of a 50km pilgrimage for thousands of followers of Ibandla lamaNazaretha (the Shembe church).

In others, as in the case of Twee Rivieren, where a small statue at the confluence of the Swart and Liesbeek rivers in Cape Town pays homage to the brave Goringhaicona Khoi who defeated the first colonisers in 1510, these sites are less known. The lesser-known sites often tell stories of contest and simultaneous spiritual significance that cry out to be told more volubly and heard more widely.

EarthSongs explores many of these lesser-known, lesser-recognised, off-the-beaten-track, unusual sites of spiritual practice and ritual, bringing to the surface histories that are often muted or erased.

Collectively, this work is an amalgam of spiritual connections to our land that celebrates our diversity, engages with our past and, for many, transcends the everyday.

The project complements and expands on rituals and spiritual practice I encountered with Moving Spirit. Hopefully it offers another way of understanding our country and reflects the essence of spirituality that lies deeply embedded in our land, often unseen and unheard. DM168

You can order a copy of EarthSongs here.

Paul Weinberg is an award-winning documentary photographer, filmmaker, writer, curator, educationist and archivist. He was a founder member of Afrapix and South, a collection of photo agencies that documented apartheid and popular resistance to it. Together with David Goldblatt, he founded the Ernest Cole Award for creative photography in South Africa. He is a research associate at the South African Research Chairs Initiative in South African Art and Visual Culture at the University of Johannesburg and the curator for the Photography Legacy Project.