Group of 11 climate activists glue themselves to Berlin...

Group of 11 climate activists glue themselves to Berlin motorway 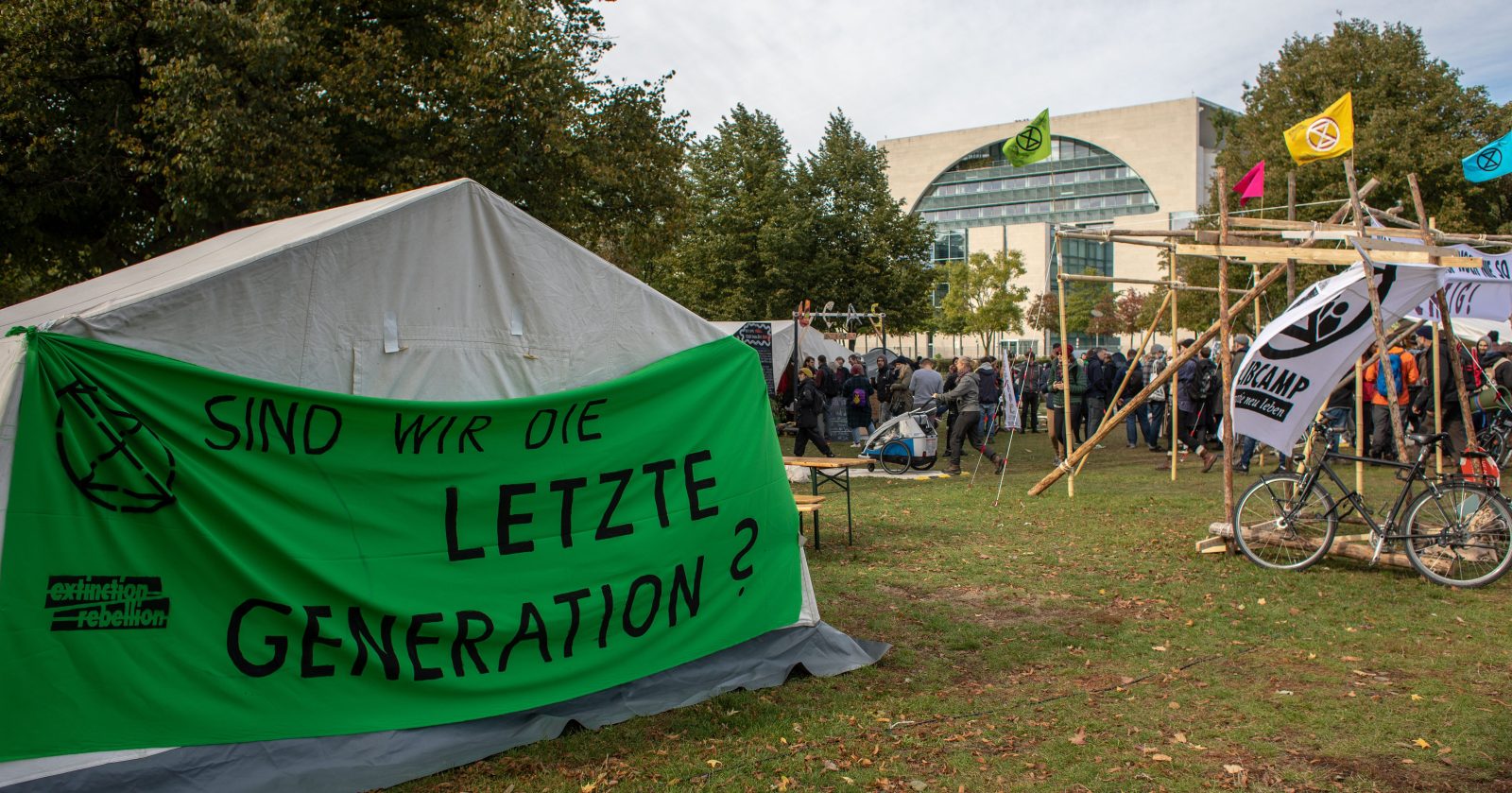 epa07900995 A general view of the Extinction Rebelion tent camp with a sign reading 'Are we the last generation?' near the chancellery and Reichstag building in Berlin, Germany, 06 October 2019. The global environmental movement set up a tent camp in Berlin's government district. Climate change protests and blocades are expected to take place in the German capital starting 07 October. Extinction Rebellion (XR) draws attention with peaceful disobedience to the impending climate collapse and the massive extinction of species. EPA-EFE/OMER MESSINGER

BERLIN, Feb 7 (Reuters) - Eleven climate activists glued themselves to the asphalt of the German capital's main motorway, causing rush hour traffic jams on Monday, in the latest protest demanding a law against food waste and cuts in greenhouse gas emissions from agriculture.

Activists from the group “Last Generation”, who also placed food on the A100 motorway that had been discarded earlier, previously blocked roads and motorways in Berlin, Hamburg and Stuttgart on several occasions last week.

A Reuters video showed some frustrated motorists getting out of their cars and pulling activists out of the way by their hoods and backpacks to allow vehicles to pass.

There will be further blockades in other German cities later on Monday, Last Generation said in a statement.

By 1000 GMT, activists had blocked three motorway entrances in three places in Berlin and made one unsuccessful attempt, a police spokesperson said.

So far, 27 activists had taken part in blockades, 11 of whom glued themselves to the asphalt, the spokesperson said.

Police on Monday were verifying the activists’ identities and checking if they could be placed in custody, the spokesperson said.

She added she was could not immediately say how many people had been detained since the beginning of the protests. According to information from the group’s website, there were 50 people in custody in different German cities by the end of day on Friday.

“By planning to achieve climate neutrality by 2045, the German government breaks its constitutional obligation to protect our lives,” activist Carla Hinrichs said in a statement.

“By 2030, we will exceed 1.5 degrees (average rise in global temperatures). The government is not only breaking international law but committing a crime against humanity by deliberately heading for a world hotter by 2, 3, 4 degrees with billions dying of hunger,” Hinrichs said.