This is a state-of-the-art chicken farm near Marikana. The land on which it sits is owned by a company directed by former National Lotteries Commission board member William Huma. (Photo: Raymond Joseph)

Millions of rands from recipients of Lottery grants were paid into the private home bond account of former National Lotteries Commission board member William Huma while he was still on the Lottery board.

Besides payments to Huma’s bond, a GroundUp investigation has also uncovered details of further questionable payments.

The investigation also uncovered details of a R13-million Lottery grant to a non-profit, The Samaritan Initiative, meant to uplift women in Marikana, the site of the massacre of striking miners in 2012.

It appears that part of this grant was used to build a state-of-the-art poultry facility on a smallholding owned by a company in which Huma is the sole director.

NLC spokesperson Ndivhuho Mafela emailed a comment similar to the one he has regularly supplied since the Special Investigating Unit (SIU) began investigating NLC corruption late in 2020: “The NLC will not be making any comment about grants that were allocated between 2014 and October 2020. The reason for this is that the [president’s] proclamation commission[ed] an investigation of the organisation [that] has set out this time frame as the one that is under this enquiry.”

Huma resigned from the NLC board late last year and is no longer listed as a board member on the NLC’s website.

On Huma’s sudden resignation, Mafela said the reasons for the resignation are “between the board and … the Minister of Trade, Industry and Competition”.

Our investigation uncovered payments into the bond account for Huma’s luxury Pretoria home, into his private bank account, and for a luxury estate he owns in North West Province.

The dodgy payments, totalling R13.4-million, are made up of:

Our months-long investigation also found that Huma is the sole director of a company that owns a smallholding on which a state-of-the-art poultry facility was built. At least some of the money for this appears to have come from a lottery grant — R13-million for a project meant to uplift poor women in Marikana in the North West province.

Huma’s niece, Keitumetse Ntshole, and two people, Khutlwano Khunou and Keitumetse Moumakwe, who are both known to Huma, are linked to The Samaritan Initiative (TSI), which received the multimillion-rand grant.

Huma was a board member of NLC at the time the grant was approved on 2 September 2019 and he was aware of his niece’s involvement with TSI. The grant was awarded for an “arts” project in North West Province, according to the NLC annual report where it is listed.

After he resigned from the NLC board, Huma became sole director of Silverlite Trading, the registered owner of the Marikana property on 9 November 2021, the same day his niece resigned as sole director.

The Samaritan Initiative was registered with the Department of Social Development (DSD) in March 2016. It was both dormant and non-compliant at the time the NLC approved the grant.

It has never submitted financial and other statutory reports to DSD, raising questions about the extent of the NLC’s due diligence before awarding the grant. The non-profit organisation also has no Facebook or other internet presence.

When TSI applied for DSD registration it submitted a constitution that listed its activities as the “prevention and education about HIV Aids” and “to give care and support to orphans, vulnerable children”. It is registered in DSD records at an address in Roodepoort, Gauteng.

The directors listed by DSD are different to the people who were involved in the application for Lottery funding. TSI has all the hallmarks of having been hijacked and then used to successfully apply to the NLC for funding, as has happened with other non-profits awarded grants, like this one. Attempts to reach the founding directors of TSI — via an email address and phone number supplied to DSD when it was first registered in 2016 — were unsuccessful.

Based on the timing of payments it appears that part of the R13-million grant was used to construct the poultry facility and outbuildings on the smallholding in Marikana owned by Silverlite Trading. It is unclear how the rest of the grant was spent.

Ntshole, Huma’s niece, was the sole director of Silverlite Trading from 14 May 2019 to 9 November 2021. The company was first registered with the Companies and Intellectual Property Commission (CIPC) on 12 February 2019.

Just over two weeks later, on 2 September 2019, the NLC approved the R13-million grant. It was awarded as proactive funding, which allows the Minister of Trade and Industry, who has oversight of the Lottery, or the NLC in consultation with its board to fund “worthy causes” without receiving an application. Why this project was awarded proactive funding rather than having to follow the normal grant application route is not clear. 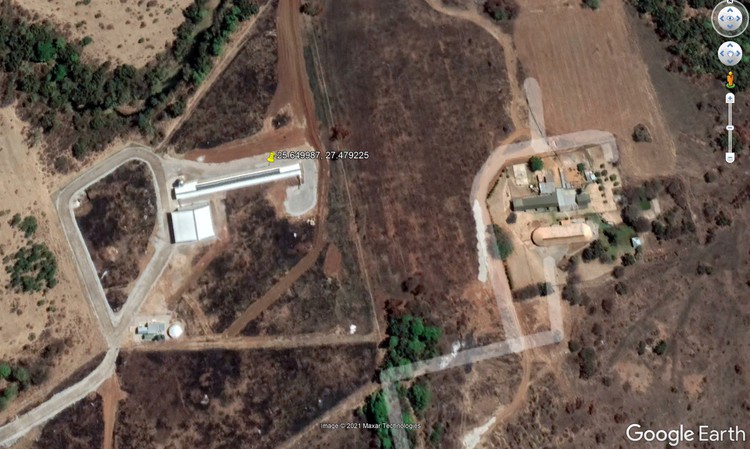 The “turnkey” facility is climate controlled and needs very little human intervention in the fully automated feeding, watering and cleaning process. It was supplied by Big Dutchman, a Dutch company that operates worldwide, and has offices in South Africa.

We have seen a document linking Silverlite to a transaction involving the poultry farm.

When we visited Marikana late last year there was no visible activity on the property and it was unclear whether the facility was yet operational.

Poverty is rife in Marikana, a mining town seared into the memory of South Africa after a massacre in 2012 when police opened fire on protesting mine workers.

The route to the Silverlite property takes you along a potholed road running through the heart of the business centre of one of Marikana’s poorest areas. The street is lined with vendors selling fruit and vegetables, cheap new and secondhand clothing and sweets, crisps and cool drinks.

The land abutting the poorly maintained sand road that leads to the area where the smallholding is situated is peppered with shacks. But after a few jarring kilometres, a side road with deep ruts leads to an area with smallholdings with large big brick houses and outbuildings.

Visible from a sand road about 100 metres away, the Silverlite property has a long corrugated iron building on one side and a big brick building with five massive fans on its front next to it. What appears to be a silo is visible behind one building. Google Earth reveals a series of smaller outbuildings in one corner of the property. DM