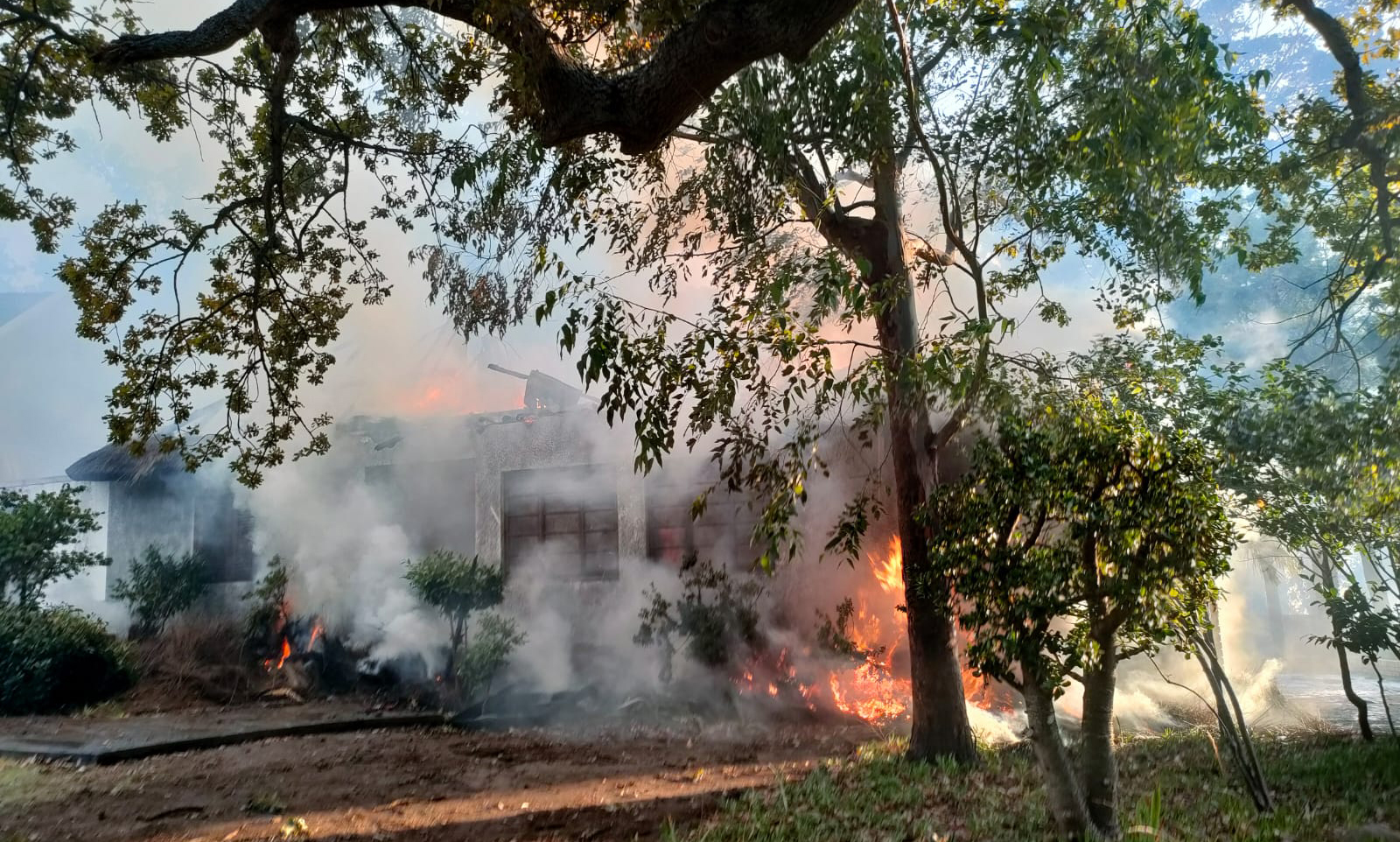 A fire that started last week and has raged through the Knoflokskraal settlement in the Elgin-Grabouw Valley, destroying several of the 2,500 informal houses spread across an area of 1,200 hectares of once prime forestry land, is a reminder of the cost of moral failure and institutional inaction, and the need for everyone to play their part in taking responsibility.

“First they came for the socialists, and I did not speak out —
Because I was not a socialist.

Then they came for the Jews, and I did not speak out —
Because I was not a Jew.

Then they came for me — and there was no one left to speak for me.”

Martin Niemöller’s much-quoted prose reminds us of the costs of weak, cowardly leadership. Written shortly after the war and focusing on the Nazi era, it reminds us of the need for personal responsibility in addressing wrongs before they gather to overwhelm us.

It also reminds us of the complicity and costs of playing party politics.

The Knoflokskraal fire, which threatened the strategic apple packhouses and orchards in some of South Africa’s most productive farmland and has resulted (so far) in the destruction of productive businesses and an important tourist venue, has been the result of several failures.

The first and most notable failure is that of the national government.

In efforts to resolve the matter speedily and keep it to its legal course, the responsible ministers were contacted several times by various parties, including by the Kogelberg Biosphere Reserve Company in pointing out the risk of fire and damage caused to the environment by these land invasions, and the risk this posed to the reserve’s World Heritage Site status. Additionally, the government was warned of the consequences of the failure of law and order on the perception of the Grabouw-Elgin Valley as a safe and suitable place for investment, which can only undermine those business- and NGO-run programmes aimed at sustainable development.

And yet the excuse heard from the government is the issue presented a “political problem”, hinting at the interests of the Good Party in local politics.

The Elgin-Grabouw Valley produces more than R10-billion in annual fruit, fruit concentrate and wine exports, and employs an estimated 12,000 permanent workers, plus at least the same number again of temporary workers during the harvest period. The tourism industry in the area is worth an estimated R75-million annually, with significant opportunities for growth. Two years ago, recognising the need for more jobs and diversification outside farming, the valley came together to create the Grabouw Development Agency as a vehicle for spurring private sector investment.

This is now much harder to achieve.

The lawlessness and opportunism on the one hand, and inability or unwillingness of the government to respond on the other, can only deter investment while compromising industry and business, threatening rather than creating jobs.

Local parties were then forced, in the face of such passivity, to raise money to fund legal actions to compel the government to act on its own court rulings. Private citizens have had to dedicate time, effort and funding to make the government do its job.

The second consistent failure is of the national police force, which has proven invertebrate and alarmingly unwilling or unable to take any of the steps required to reinstate the rule of law even with a court order in its hands. Even though it stepped up its activities this past weekend, this was too little, too late.

A third failure is by the local municipality, which has been virtually mute on the subject, as it is in dealing with issues of growth and development generally. Race is at the heart of the claims of the Knoflokskraal invaders, an area in which few local politicians dare to tread.

“We can’t do anything before the elections,” became the constant excuse for inaction in 2021. The new council, led by Good/ANC/Patriotic Alliance, with some members implicated in the invasions, has also been largely shtum.

Despite the efforts of some farmers to find and fund a solution to this and other crises in the valley, the fourth failure is the unwillingness of some members of this community to engage, preferring to stay out of the fight. This has proven both foolish and hopelessly self-defeating. In an attitude reminiscent of Niemöller’s words, the community has been split over those who have preferred to avoid court action in the hope that this would not draw attention to themselves and those few willing to confront the issue, given the wider effects.

Just as business never found a government it failed to like, it struggles to find its voice on issues with a political conscience.

And, finally, the fifth failure is in the aims and methods of the Knoflokskraal community itself, which resorted to the invasions to get their slice of the South African dream, in the process setting the stage for what has followed, and the stage for land invasions elsewhere.

But if the blame and the buck have to stop anywhere, it’s with the national government. The land (and policing) is its responsibility after all, no matter how it has tried to shift this to the Western Cape government.

In sum, the Knoflokskraal fire was an event entirely foreseen. The extraordinary aspect is why the government has been so slow to act.

The government needs to realise that its failure to act while its citizens’ rights are steadily eroded has consequences. They will, eventually, become the victims of lawlessness and there will, in the words of Martin Niemöller, be no one left to speak for them. DM

Mills and Du Toit are founding members of the Grabouw Development Agency.