Gupta ‘racketeering’ at Transnet – tough job ahead for prosecutors 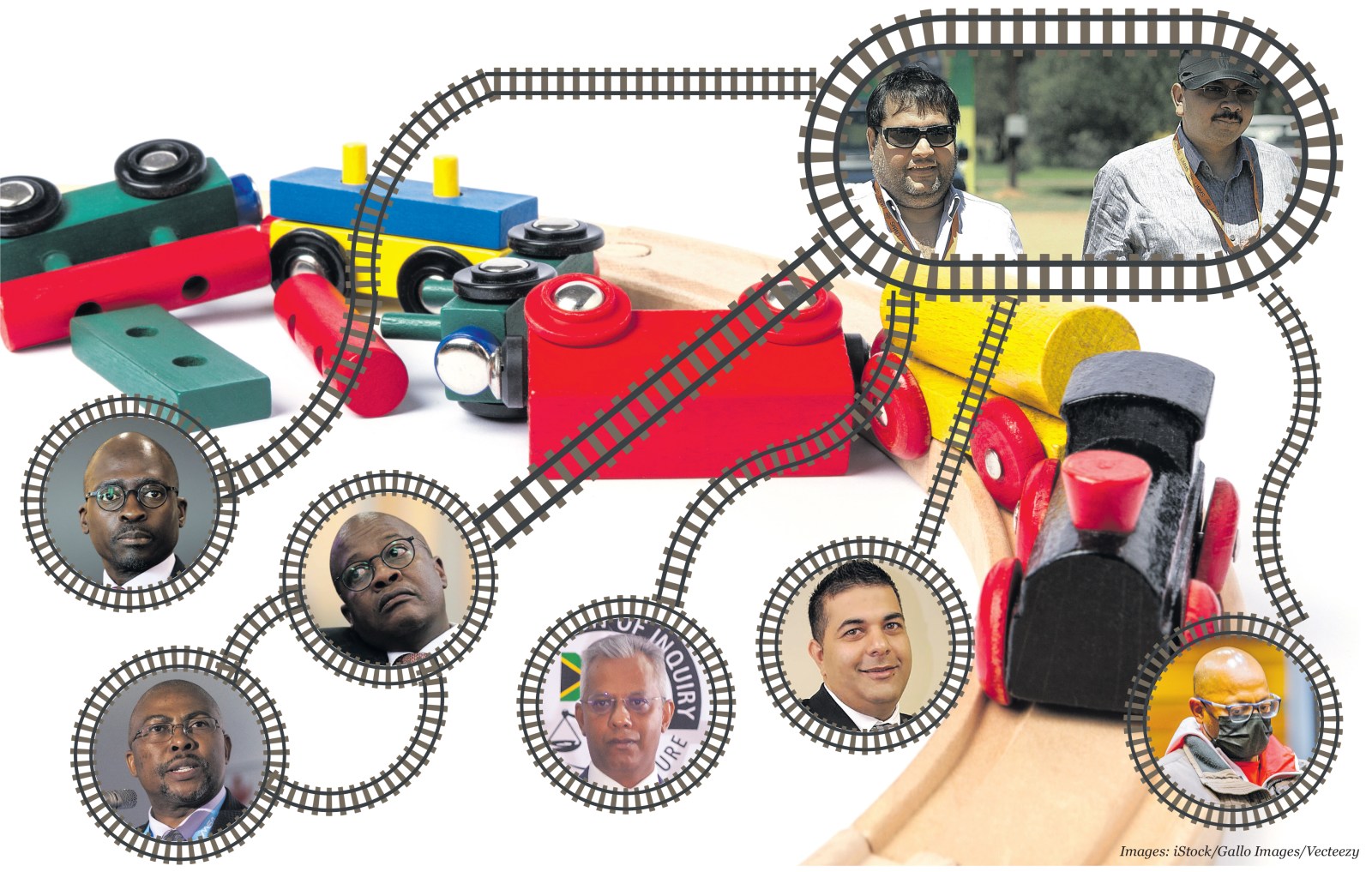 The Zondo Commission has named Gupta family members and their allies for running a racketeering scheme at a key state-owned enterprise. But successfully prosecuting wrongdoers for racketeering is hard because the act of wrongdoing is broad and there’s no offence associated with it.

South Africa’s law enforcement authorities have been handed a daunting legal challenge by the Zondo Commission, as they have to find ways of prosecuting individuals linked to the Gupta family for a broad array of criminal activities at Transnet, which is set to test the limits of the country’s anti-corruption laws.

Members of the Gupta family and their business associates secured irregular contracts worth R41.2-billion from state-owned freight, rail and logistics company Transnet between 2009 and 2018, the Zondo Commission’s second report on State Capture has found.

The business dealings of Gupta family members and their associates at Transnet have been described by the Zondo Commission as a “racketeering enterprise”, which should be independently investigated by law enforcement authorities. And prosecutions should follow if more acts of wrongdoing are discovered.

The complexity of this comes in here: the commission wants the State Capture enablers at Transnet to be investigated and possibly charged for money laundering, bribery (dispensing kickbacks) and racketeering. Simply put, racketeering means engaging in an illegal scheme.

The first two charges (money laundering and bribery) are well covered in South Africa’s arsenal of anti-corruption laws; the sanctions are well defined and exhaustive. But racketeering isn’t, with the Zondo Commission saying it “is not per se an offence in our law”, mainly under the Prevention of Organised Crime Act (Poca).

In explaining the deficiencies of South Africa’s laws regarding sanctioning acts of racketeering, the Zondo Commission says: “Poca does not provide for an offence of racketeering, nor does it define the term. Instead, it specifies and proscribes particular conduct which may be regarded as racketeering offences.”

Although the developed world, mainly the US, has explicit anti-racketeering laws, it is also grappling with the broad nature of racketeering and it not being a specific offence.

In the US, racketeering laws were promulgated in the 1970s to combat organised crime in New York and Chicago, and to bring down notorious Mafia groups. Today, prosecutors in the US have used racketeering laws to go after wrongdoers in the 2019 college admissions scandal involving celebrities and their children, and to bring down R Kelly for the sexual assault of multiple women – just to mention a few.

Observing the US’s success in clamping down on organised crime, other countries around the world, including South Africa, moved to include or mention racketeering in their anti-crime and anti-corruption laws.

The state recently added racketeering to the charge sheet of former eThekwini mayor Zandile Gumede, who faces a web of corruption allegations.

To identify and prove acts of racketeering, law enforcement authorities in SA normally rely on the repeated and coordinated behaviour of wrongdoers and their involvement in unlawful activities.

There has to be a pattern of unlawful activities to build a case of “racketeering offences” against a coterie of individuals. At least two acts of wrongdoing – committed within 10 years – have to be identified. There also has to be evidence that the individuals directly or indirectly benefited (even financially) from their coordinated racketeering efforts and evidence regarding the existence of racketeering enterprises (comprising individuals and targeted companies for looting, for example, Transnet in the case of the Gupta family members and their allies).

Lawson Naidoo, the executive secretary of the Council for the Advancement of the South African Constitution, says the challenge for law enforcement agencies, particularly the National Director of Public Prosecutions (NDPP), would be to independently build its case against the Gupta family and their associates, demonstrating two or more offences to constitute a criminal case of racketeering under Poca. “If you do something once, it is not racketeering. But if you have more than one incident that points to a pattern, then it is racketeering. And this is the challenge for the office of the NDPP,” he told DM168.

A Johannesburg-based attorney says that it is always hard to nail leaders or kingpins of organised racketeering enterprises because they do not directly participate in criminal activities themselves, but rather leave the dirty work to low-ranking conduits.

But charges of racketeering place the focus immediately on the kingpins who are responsible for managing/running racketeering enterprises.

The Zondo Commission, through its report, has provided law enforcement agencies with a substantial docket and evidence detailing the Gupta family’s “racketeering enterprise” at Transnet.

At least R7.3-billion in kickback agreements between companies of Essa and Chinese locomotive manufacturers. This relates to Transnet’s procurement of 1,064 locomotives for nearly R40-billion from China South Rail and China North Rail between 2011 and 2016.

The unlawful inclusion of Gupta-linked companies such as Regiments Capital and Trillian Capital as Transnet’s supplier development partners.

The money laundering arrangements between Regiments and the companies associated with Essa and Kuben Moodley (an alleged Gupta family “fixer”), which saw more than R100-million move back to the Gupta empire after Regiments was paid by Transnet.

The payment of cash bribes to officials including, among others, Molefe, Gama, Singh and Gigaba during their several visits to the Gupta family home in Saxonwold, Johannesburg. DM168