Decolonising Shakespeare: setting Othello in Ghana and Pericles in Glasgow 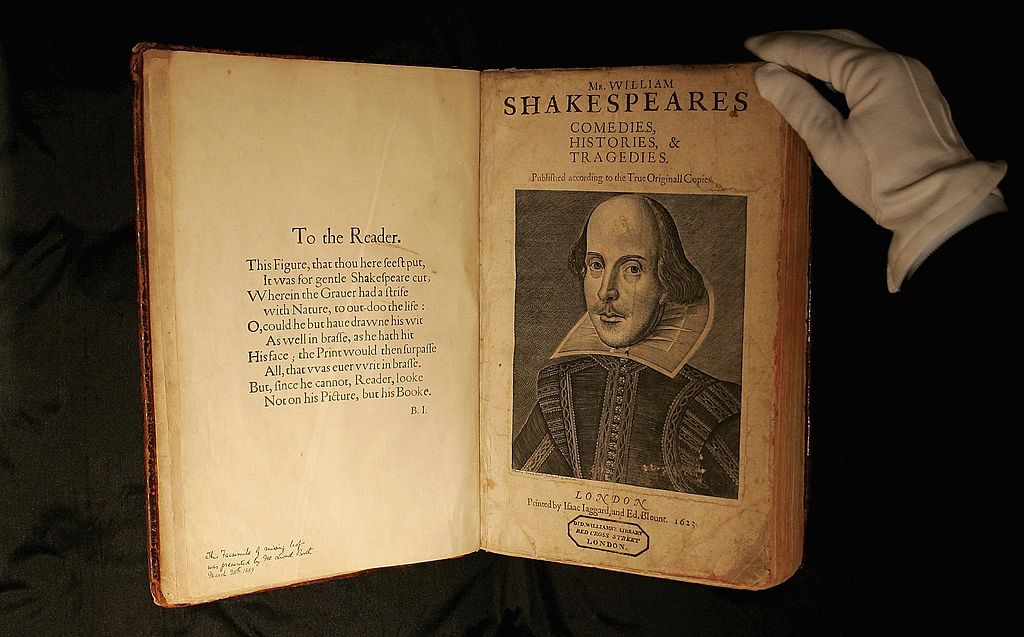 A Sotheby's employee handles a copy of William Shakespeare, The First Folio 1623 on July 7, 2006 in London, England. The most important book in English Literature, the First Folio edition of Shakespeare?s plays (1623), will be offered in Sotheby?s sale of English Literature & History on July 13th, and is estimated to fetch GBP 2.5-3.5 million. (Photo by Scott Barbour/Getty Images)

Over the last few years, the issue of decolonising the curriculum has become a growing concern for UK universities. This means recognising the legacy of western colonialism and rethinking the way we teach and research.

Decolonising Shakespeare, with its historic links to English national identity, language and culture is a particularly knotty challenge. Shakespeare was writing in a country that had begun to trade in slaves just two years before his birth, and the racist attitudes that enabled slavery to flourish can be seen in many of his plays. However, Shakespeare remains central to many national education systems around the world, including nations with historic colonial links to Britain.

Though successful reinterpretations of Shakespeare exist, our performance research project aimed to look at how actors around the world could claim Shakespeare for themselves by including specific aspects of local culture in their performance. We wanted to see what new meaning this would bring to the text, and then use this approach with our students in Scotland.

The point of this project is to disrupt and reposition the cultural narratives revealed in the traditional performing of Shakespeare’s plays, in particular challenging the idea that notions of culture, heritage and values “flow out of” the colonial power and “flow into” colonised countries.

Inspired by the Shakespeare Society of Southern Africa’s #lockdownshakespeare initiative, we established two key principles for our international collaboration: all participants should film themselves on mobile phones and all pieces should be filmed using a local setting. As well as making the process accessible, it prompted those taking part to carefully consider their location and its potential connection to the text.

The play’s the thing

In November 2021, under the guidance of international Shakespeare expert Ben Crystal, we invited Ghanaian theatre group Act for Change, India’s Salaam Shakespeare Naatak Company and Brazil’s Cena IV, along with our first-year BA Performance students, to record extracts from Shakespeare’s works in their own locations, with total freedom to adapt the language and setting.

One of the most interesting parts of the project was how the Ghanaian Act For Change group influenced and inspired a student group working in Glasgow. Jamestown, a coastal fishing district in Accra, is one of the oldest areas of Ghana’s capital city and has recently been reinvented as a vibrant arts scene.

Working in a converted warehouse from British colonial times, Nii Kwartelai Quartey and Collins Seymah Smith chose to explore Othello. They focused on the sumanj)le (suman-jolae), a large bandana-style handkerchief commonly worn in the area. One of the possible origins of the word is “seaman jolly” and refers to a handkerchief given by a fisherman to his lover as a sign of their romance.

In Othello, the tragic death of Desdemona is linked to a handkerchief, which Othello has given to her as a token of his love, symbolising her fidelity. Act For Change recorded a short extract from the play on the streets of Jamestown where Smith, playing Iago, Othello’s jealous friend (and villain of the play), is dressed as a local fisherman, wearing a sumanj)le and repairing a fishing net.

In this way, they reference the entangled relationship between Iago, Desdemona and Othello through the visual metaphor of the fishing net. By rooting their interpretation of Shakespeare firmly in the cultural context of Jamestown, new layers of significance are revealed that get right to the heart of the play.

In Smith’s version, as Iago sits crafting the net of lies that will catch Desdemona, he does so wearing the sumanj)le. This gives the audience a clear visual image of how she will be trapped because of her perceived unfaithfulness – she loses her handkerchief, but Iago encourages Othello to believe she has given it to another. His wearing of the sumanj)le connects to Desdemona’s handkerchief, decolonising the text through the use of something that is specific to the actor’s local culture to highlight Iago’s treachery and draw out the meaning of the play.

The success of this approach prompted Scottish students taking part to ask themselves what objects and locations from their own culture could be used in their adaptations of Shakespeare’s Pericles. One group working on Act 2 Scene 1 chose to reinterpret the fishermen who discover Pericles washed up on the shores of North Africa as a group of recently unemployed Glasgow dock workers who find a stranger in the River Clyde.

In the original, it’s the discovery of his father’s armour that leads Pericles to rediscover his purpose and serves to make clear to the fishermen that Pericles is a man of noble stock. In the specifically Glasgow-updated Pericles, his protective armour is changed to a life-saving bottle of Irn-Bru (in Scotland this bright orange drink is regarded as an essential pick-me-up after a big night out). Deciding to use this object, the group adapted the text:

“It hath been a shield

In both examples, the groups’ interpretations of Shakespeare focus on objects that represent their local culture rather than the text itself. Neither group is worried about whether the audience understand the importance of Irn-Bru or the sumanj)le. The objects instead serve as the key to unlock the text – for the performers. By working in this way, they are able to present more current and relevant interpretations of Shakespeare.

This approach, led by Act for Change in Ghana and then tested in Scotland, revealed how innovations in Shakespeare performance in the global south adopted in the global north can lead to practical ways to decolonise Shakespeare.

Focusing on the local setting and culture makes the works more relatable to the actors and more engaging to global audiences by illuminating new layers of meaning and introducing new ways of interpreting Shakespeare. DM/ML