Canada’s legal cannabis sector, with some glitches, i...

Canada’s legal cannabis sector, with some glitches, is on a high 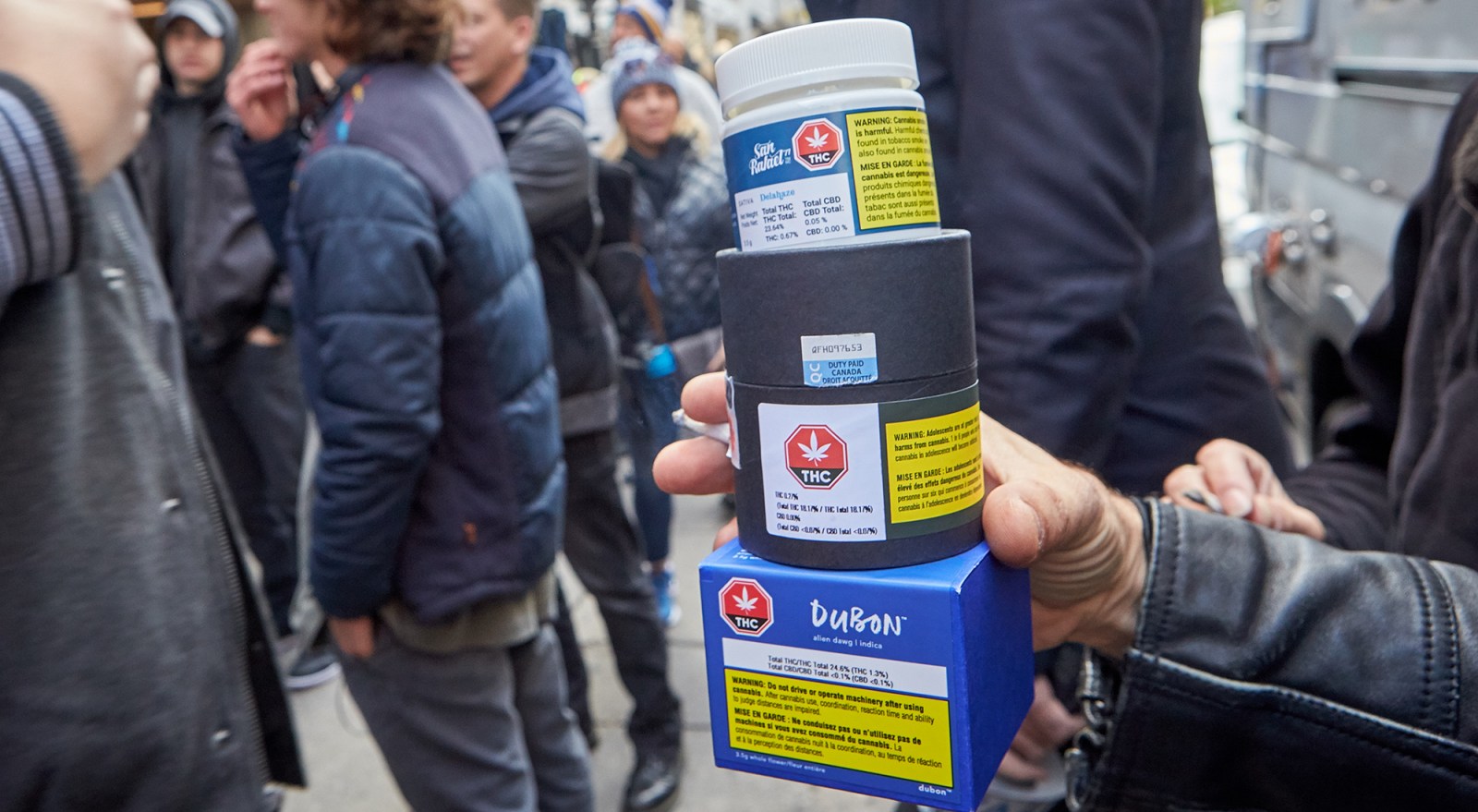 Some of the cannabis products you can buy at the Société Quebecoise du Cannabis (SQDC), the government agency responsible for overseeing the sale of recreational marijuana in the province, on the first day of legal sale of cannabis at a store in Montreal, Canada, 17 October 2018. (Photo: EPA-EFE / Andre Pichette)

Recreational cannabis has been legal in Canada since October of 2018, and the industry is on a roll. One of the many advantages of legalisation is that it provides a transparent lens into the economics of what was previously an illicit trade. It’s not all been smooth sailing, but it is still early days. Problems include product packaging designed to confound stoners.

A hydroponic light of transparency is shining on the recreational cannabis trade in Canada. There are still stoners who prefer the illicit market, but the legal market, with some glitches, is growing.

One excellent indicator is sales and revenue. Covid-19 has juiced up sales — unlike in South Africa, there has been no ham-fisted attempt at a pandemic prohibition policy in any Canadian province. The stats speak for themselves.

According to the online data portal Statista, retail cannabis sales in November 2018 — the first full month of legalisation — reached CAN$53.7 million. By November 2021, they had reached just over CAN$353 million. That is a roughly seven-fold increase in the space of three years, which is not bad going for a newly minted licit industry.

The level of scrutiny the sector is being subjected to is also revealing other trends. In my home province of Nova Scotia — where I am currently on a family visit — the Nova Scotia Liquor Corporation (NSLC), an SOE, in its latest quarterly results, noted the following: “The average price per gram decreased by 13% to $6.50, making NSLC cannabis prices more competitive with the illicit market. This reduction was due to customers purchasing 28-gram pack sizes and large-pack pre-rolls that carry a lower price per gram, as well as general price reductions across several categories.”

So, the price of recreational cannabis in Nova Scotia has been in decline because of Makro-style bulk sales. This kind of data does not exist, or is heavily obscured, when a product is illicit. The contribution of the sector to the economy, and its affordability to consumers and that sort of thing is now out in the open, at least for legal and regulated trade.

The sales figures point to a growth industry, but it has not all been smooth sailing. One reason for openness in the sector is that many listed companies have joined the action. But Canadian cannabis stocks have not performed in a way that reflects the surge in sales in the space of three years. The stock price of Canopy Growth Corp, one of the industry leaders, is down over 80% in the past 12 months.

“The pandemic boosted marijuana sales both in Canada and the US. But some headwinds (including stiff competition, changing consumer preferences, lower profit margins and poor cost management) did not allow the Canadian pot companies to reap the benefits,” said a recent report in The Motley Fool,  which offers advice on stock picks.

These are the kind of issues one might expect from a new industry, or an old one that is now forced to shed its shell of secrecy.

Meanwhile, Canada’s sensible embrace of legal pot as social policy is paying other dividends. Adults who like to have a toke, or to eat the stuff, do so without directly supporting organised crime and money laundering. Capital accumulated by the sector does not need to be laundered in ways that will be familiar to viewers of the Netflix series Ozark — its origins are in the public light. The policy treats adults like adults and removes the double standards that had been applied to cannabis on one hand and the more addictive substances of tobacco and alcohol on the other.

As South Africa lurches through a haze of policy uncertainty on the cannabis issue, there are transparent lessons to be gleaned here.

To return to the NSLC: Its staff in the cannabis section remain as friendly and helpful as I recall from my first visit in the legal pot era in 2019. But one quibble I have is with the packaging for the products, which goes well beyond “child proofing”.

I proved unequal to the task of opening the first six-pack of joints I purchased. Eventually, I resorted to using a crowbar and screwdriver to open it, mangling one joint in the process. What fiendish Canadian government bureaucrat hatched this nefarious scheme — “Let’s make cannabis packaging confounding for stoners.” DM/BM