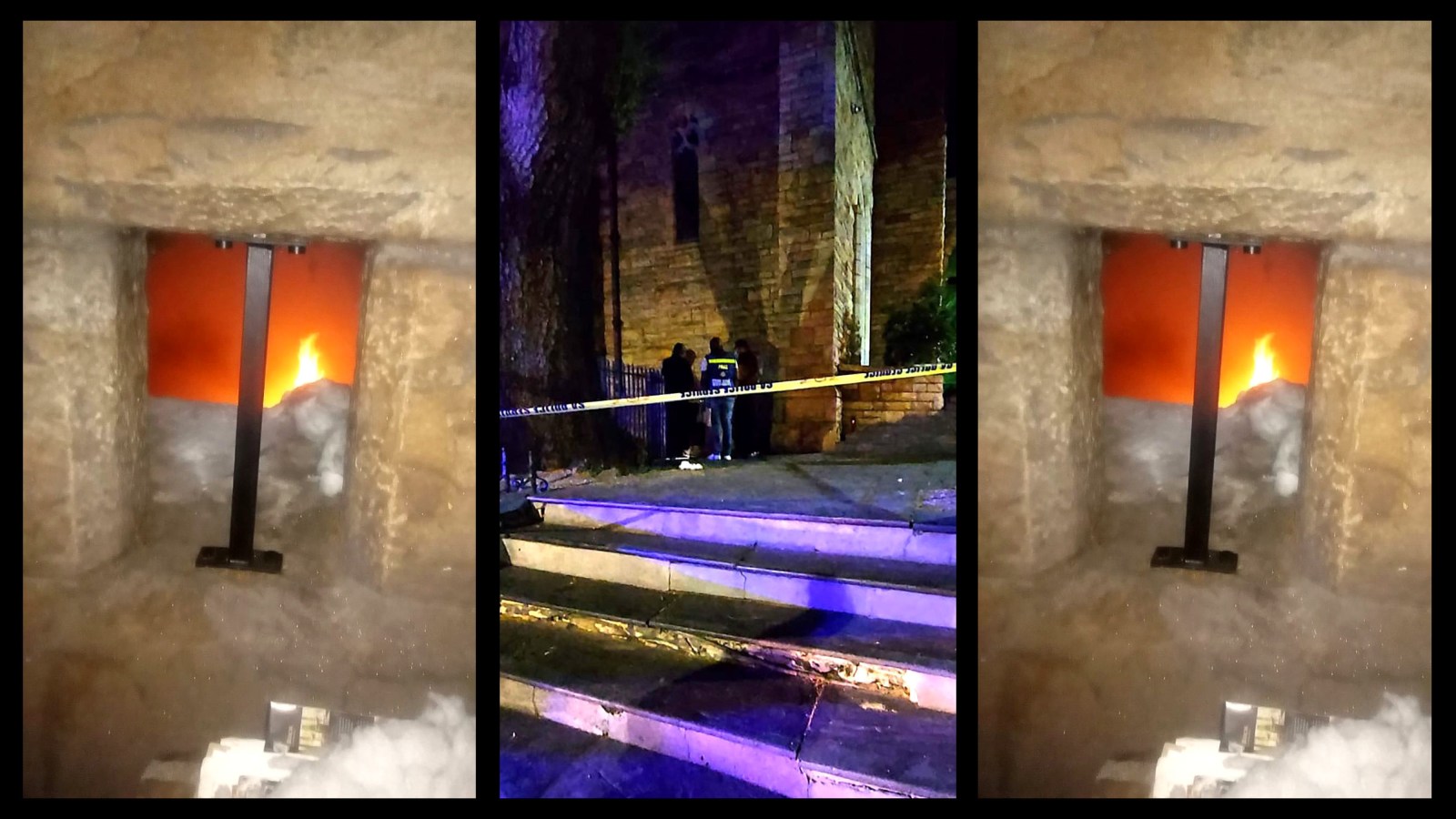 A fire broke out in the basement of St George’s Cathedral in Cape Town in the early hours of Sunday. (Photos: Supplied)

A fire that started in the early hours of Sunday morning at St George’s Cathedral in Cape Town has done little damage, but has left cathedral officials concerned about the state of South Africa’s politics.

A fire in the basement of St George’s Cathedral in Cape Town in the early hours of Sunday caused minimal damage to the historic building and no one was hurt.

The fire, which left traces of dense smoke in the basement and in the former jazz club, the Crypt, was an act of arson, according to cathedral dean, Father Michael Weeder.

Weeder told Daily Maverick that someone was seen running away from the cathedral at about 1am on Sunday, by City security officers. Cathedral security guards then spotted smoke coming from the basement.

“It appears that a lit piece of cotton or gauze was thrown through the small, barred window near the steps leading up to the cathedral’s Wale Street entrance,” he said in a statement.

Weeder said the fire was towards the government precinct end of the cathedral and was spreading towards the rest of the building before the City of Cape Town fire department extinguished it.

“The damage was controlled and the fire put out. But, beyond that, the damage physically is minimal. But what it has done in terms of anxiety and stress, just overall concern about the political instability of our country and our city,” said Weeder. “Obviously it leads to very rife speculation with the State of the Nation Address coming up soon; our proximity to Parliament and what happened there on Boxing Day.”

Almost two months ago, a section of Parliament was gutted in an arson attack that was widely deemed to be an attack on South Africa’s democracy. The alleged perpetrator, Zandile Mafe, has recently been denied bail.

Weeder said that on the day of Archbishop Desmond Tutu’s funeral he and other guests had smelled smoke coming from Parliament. Tutu ashes were interred at the cathedral.

“It is a trauma that has been woken again because of what happened just a few months ago,” he said.

“We can only speculate on it. We don’t want to attribute too much to it; it could just be a random act of violence, though it wouldn’t make sense considering where we are located; the timeliness nature of it.”

He explained that the way the window had been broken did not point to a homeless person breaking in to look for food, or a similar scenario. And the fact that the cotton was thrown in suggests the intention was to cause damage.

Fire and Rescue Service spokesperson Jermaine Carelse told Daily Maverick it was suspected that a vagrant living in the area had been burning rubbish through a vent hole to the cathedral basement. However, this was not linked to the deliberate arson attempt.

The matter was referred to the police and Sergeant Wesley Twigg of the SAPS Western Cape media centre told Daily Maverick a case of arson had been opened for investigation but no arrests had been made. DM