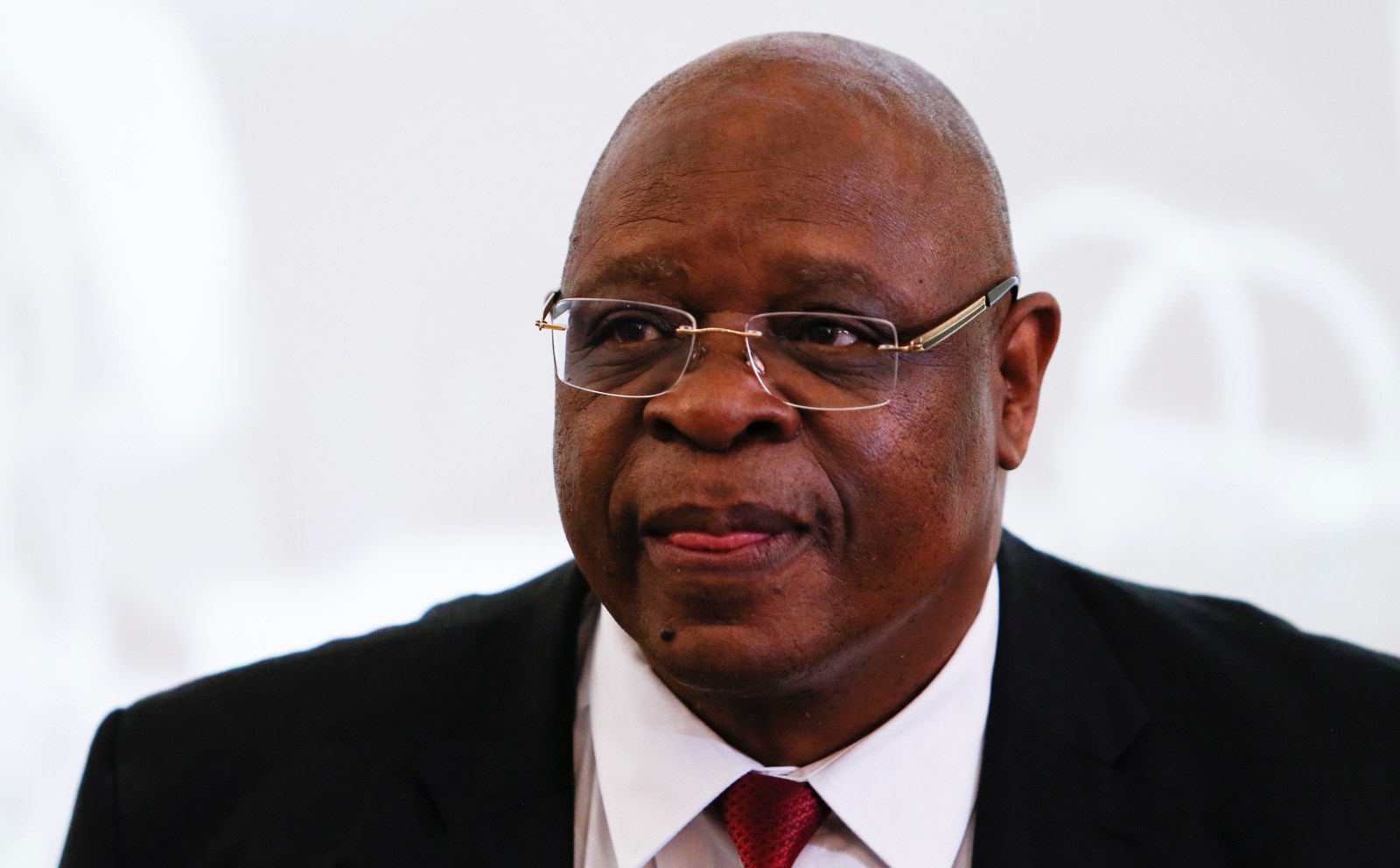 Acting Chief Justice Raymond Zondo on Day 04 of the interviews for South Africa’s next Chief Justice at Park Hotel on February 04, 2022 in Sandton.Photo:Felix Dlangamandla/Daily Maverick

On Friday, the Judicial Service Commission held its fourth and final interview for the Chief Justice position, with Deputy Chief Justice Raymond Zondo in the hot seat.

Deputy Chief Justice Raymond Zondo was repeatedly questioned about why he didn’t subpoena Arthur Fraser, the former director-general of the State Security Agency (SSA), to testify at the State Capture Commission.

The questions were posed by commissioners Nosiviwe Mapisa-Nqakula, Julius Malema and Gratitude Magwanishe.

In January 2021, SSA acting director-general Loyiso Jafta told the State Capture Commission that R9-billion in fixed assets were not to be found and that R125-million could not be accounted for in the 2017/18 financial year. Fraser was appointed as SSA director-general in 2016.

In response, Zondo said: “Part of the problem with Mr Fraser is it seemed he didn’t want to comply with the processes of the commission; he could’ve applied to come to the commission and a decision would have been made. He says I didn’t want him to testify because he would disturb the narrative that I was following. If he’d applied and complied with the rules of the commission, the matter would come before me in an open hearing. He decided not to do that.”

Malema was not happy with Zondo’s response and said that he was being long-winded in an attempt to not answer the question.

Zondo explained that in March 2021, Fraser told the commission that he wanted to testify but that he needed documents from the SSA. Zondo then asked Fraser’s lawyers to come back and inform him whether they were able to get the documents. “He never came back [to me],” said Zondo.

“If I were to decide to compel him, I would’ve made the decision in October or September and that was too late. I had warned his lawyers that when they’ve received documents, we’d assess the situation to see what is possible. We didn’t call him [to come to the State Capture Commission] partly because his story wasn’t complete. We expected him to come back, he never did,” said Zondo.

Fraser objected to Zondo’s nomination for Chief Justice, writing: “Deputy Chief Justice Zondo made sure that I neither present my version nor get an opportunity to cross-examine those he called to testify against me. No independent-minded judge would act in this manner.

“Such a person cannot and should never be entrusted with the highest judicial office in the land. His appointment would signal the death of our judiciary and have a corrosive effect on our democratic values as a country.”

Commissioner Engela Schlemmer asked Zondo whether the JSC should not read into the fact that the part of the report that deals with Ramaphosa’s evidence was not yet complete. Schlemmer and Malema asked whether this was Zondo’s attempt to curry favour with Ramaphosa.

“We shouldn’t read anything about the fact that the report is not finalised. The report was supposed to be done by the end of December. When we realised that wasn’t possible, we decided to do it in parts,” Zondo replied.

The final part of the report will be released by the end of February.

If Zondo were appointed Chief Justice, he’d serve two and a half years of the 12-year term before retiring. When asked about this, he pointed out that chief justices rarely serve full terms. He referenced former chief justice Sandile Ngcobo, who served for two years.

The JSC will have a closed session on Saturday to deliberate. DM