A case of ‘public benefit’ and a morphing virus: Why SA’s isolation and quarantine rules needed to change 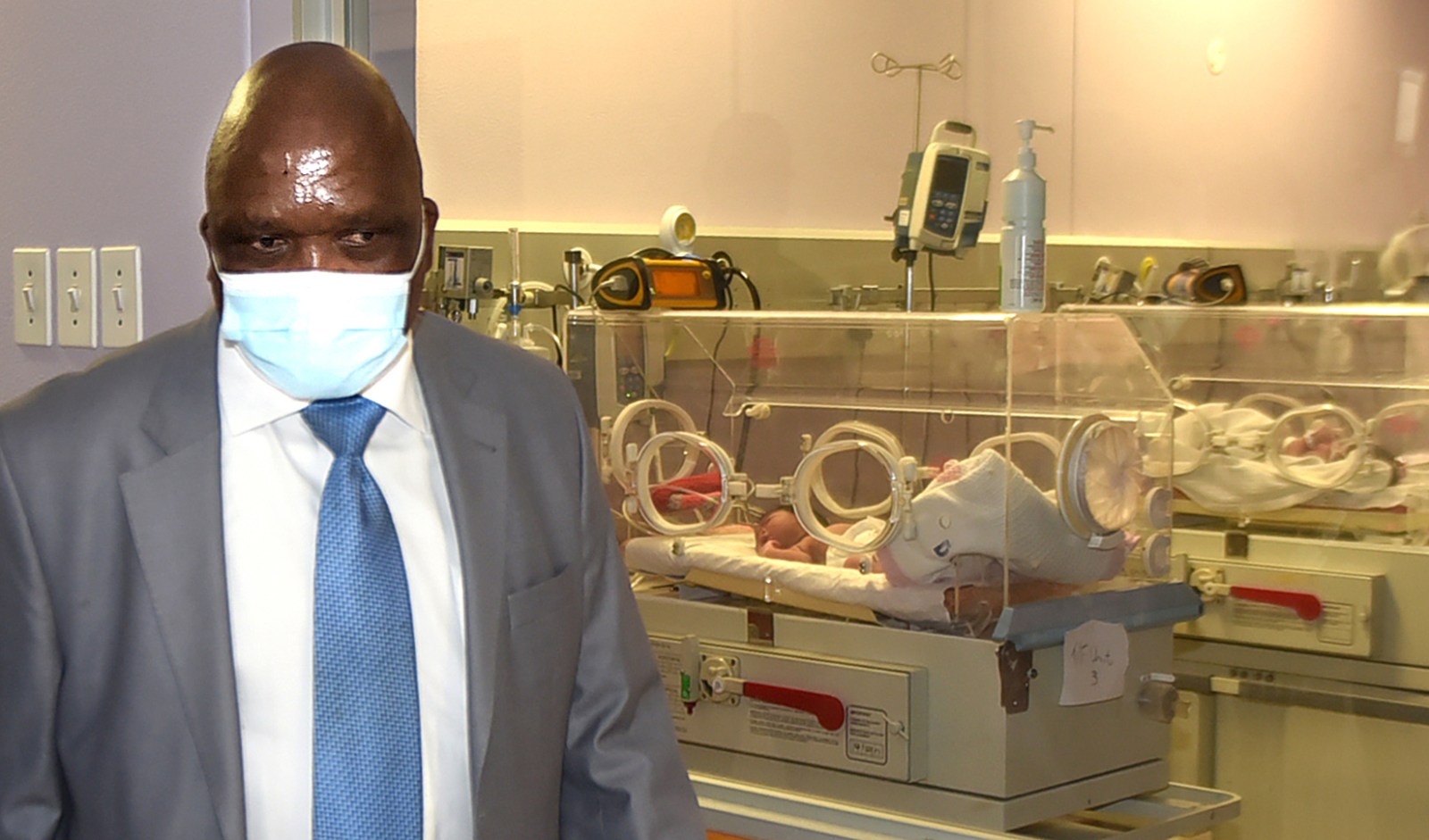 While changes to South Africa’s regulations to manage the Covid-19 pandemic perplexed many this week, Dr Jeremy Nel, who heads the infectious diseases division at Wits University, said on Friday the rules had no discernible public health benefit in light of the changing nature of the Covid-19 outbreaks in the country.

The Covid-19 regulations dealing with the quarantine and isolation of people who were or may have been infected hold no discernible public benefit in light of the changing character of the Covid-19 pandemic, but instead carry high society costs and heavily affect essential services, Dr Jeremy Nel, the head of the Division of Infectious Diseases at Wits and a member of the Ministerial Advisory Committee on Covid-19, said on Friday.

Nel explained that a number of factors had prompted a change in isolation and quarantine protocols. These were the proportion of people who had some immunity either through prior infection or vaccination (estimated to be as high as 70% in some studies), and a new phase of the pandemic that saw less severe disease.

“We saw a lot of cases (in the fourth wave) but not the same level of severity,” he said.

In the past week new regulations were gazetted about the management of the pandemic. These include the discontinuation of the practice of quarantining those who had been in contact with a person who tested positive for the coronavirus. The new regulations also do away with the requirement that contacts who are asymptomatic must be tested. Contact tracing by health workers will be replaced by telephonic notifications for congregate settings and workplaces.

Isolation has been reduced from 10 to seven days for people who tested positive for the virus with mild illness and with no need to test again, and when going back to work health workers are expected to wear N95 masks.

Health Minister Dr Joe Phaahla, said that at this stage the mask mandate will remain. There would be a discussion at the next meeting of the Coronavirus Command Council about opening up sports, arts and cultural events in a safe manner.

“We have not been advised to end the mask mandate,” he said.

Nel explained that given the new scientific understanding of the virus, including the emergence of high numbers of asymptomatic people and the spread of the virus through aerosols, containment strategies are less useful and efficacious and mitigation is more viable and sustainable.

Through contact tracing, South African health authorities had not been able to identify most high-risk patients – they had managed to find one in 10 or possibly one in 15. This, he said, was a consequence of testing strategies being skewed towards the symptomatic, and the fact that not all asymptomatic people were tested. As a result, only a small proportion of cases were diagnosed.

As a result, Nel said, efforts to quarantine people (those who had been exposed to the virus but had not tested positive or displayed symptoms) were not particularly useful but costly to essential services and society.

He said adherence to quarantine rules was erratic and the definition of “high risk” was not meaningful anymore because it did not take into account that the virus was spread by aerosols, did not account for the high transmissibility of new variants like Omicron and did not factor in current levels of pre-existing immunity.

As a result, quarantine rules had been scrapped for contacts of infected people. This applied equally to vaccinated and non-vaccinated contacts. No Covid-19 testing would be required for asymptomatic people.

“Time will show that this is the right move. There is no discernible public health benefit to continue,” Nel said.

With regards to isolation for people who tested positive for the coronavirus, Nel said “we missed most infectious people anyway”, and while there were few benefits, the cost to essential services and society was large.

“By the time a case has been isolated, most of the transmission has probably occurred already,” Nel added.

He said people are most infectious before they start showing symptoms.

Phaahla said South Africa finds itself in a stalemate at this stage, with infections not really coming down and some inland provinces seeing an increase in infections.

“The last 14 days including the last seven days have given us a confusing picture. We have seen a less resilient decline in infections… There is no serious decline and yet no worrying rise in infections. Instead of the curve flattening it has taken the shape of a plateau.”

The country is expected to reach the World Health Organization’s threshold of a 5% positivity rate, which shows the outbreak is under control, by the end of February, but Phaahla added that the winter wave is still coming and might arrive earlier if it is driven by a new variant.

He said new cases nationally have only decreased by 0.3% and the Free State, Gauteng and Mpumalanga are showing increases of 20%, 17% and 12%, with positivity rates between 9% and 11%. An increase in cases had been seen in 16 districts countrywide.

“Our epidemiologists believe that the stagnation in the slowing down of new infections can be linked to the opening of schools,” the minister said.

General practitioners in Gauteng had also noted an increase in cases among school-going children.

Despite an increase in cases, Phaahla said hospital capacity is not under pressure from Covid-19.

So far, he added, the country has administered 30 million doses of coronavirus vaccine. “It has taken longer than we had wished for but nevertheless it is a significant milestone.”

He appealed again to South Africans to get vaccinated. “The only way to get closer to normality safely is if more of us vaccinate, including taking boosters when we qualify.”

In other developments, Dr Nicholas Crisp, the deputy director-general of health in charge of the vaccination roll-out, said the use of heterologous boosters (using a different vaccine to the primary one) has been approved and they are adjusting their system so this can become an option.

Dr Michelle Groome from the National Institute for Communicable Diseases said a new subvariant of Omicron, BA.2, has been identified in South Africa, with a study from Denmark showing that it is even more transmissible, especially by unvaccinated people.

While Omicron had characteristics that made it possible for scientists to identify it in a PCR test, the new subvariant did not. She said they will have to do more sequencing to determine how prevalent it is.

At this stage, Groome said, there is no indication that the subvariant is causing different symptoms, or that there is a difference in the severity of the disease caused by it.

A higher proportion of cases found in January had been caused by BA.2, but Omicron was still dominant.

At this stage, Groome said, increases recorded in the inland provinces are driven by infections in children.

Dr Waasila Jassat, also from the institute, said they are seeing a lower proportion of infected people being admitted to hospital and dying during the fourth wave. There was a similar drop in excess deaths.

Admissions were higher in adults below the age of 40 and teenagers, and much higher among children younger than nine.

Jassat said that in the past week there has been an increase in hospital admissions in Tshwane, three districts in Limpopo, one in Mpumalanga and one in North West.

Increases in admissions in Tshwane had been driven by adults under 40 and children under nine.

Deaths remained significantly lower than in the first three waves.

She said the higher admissions among children can be attributed to Omicron infecting upper airways as well as the child admission criteria for fever, hydration and seizures. Children were not admitted for ventilation or because they needed supplemental oxygen.

Jassat urged people to get vaccinated, saying they should not be comforted by a milder fourth wave. DM/MC