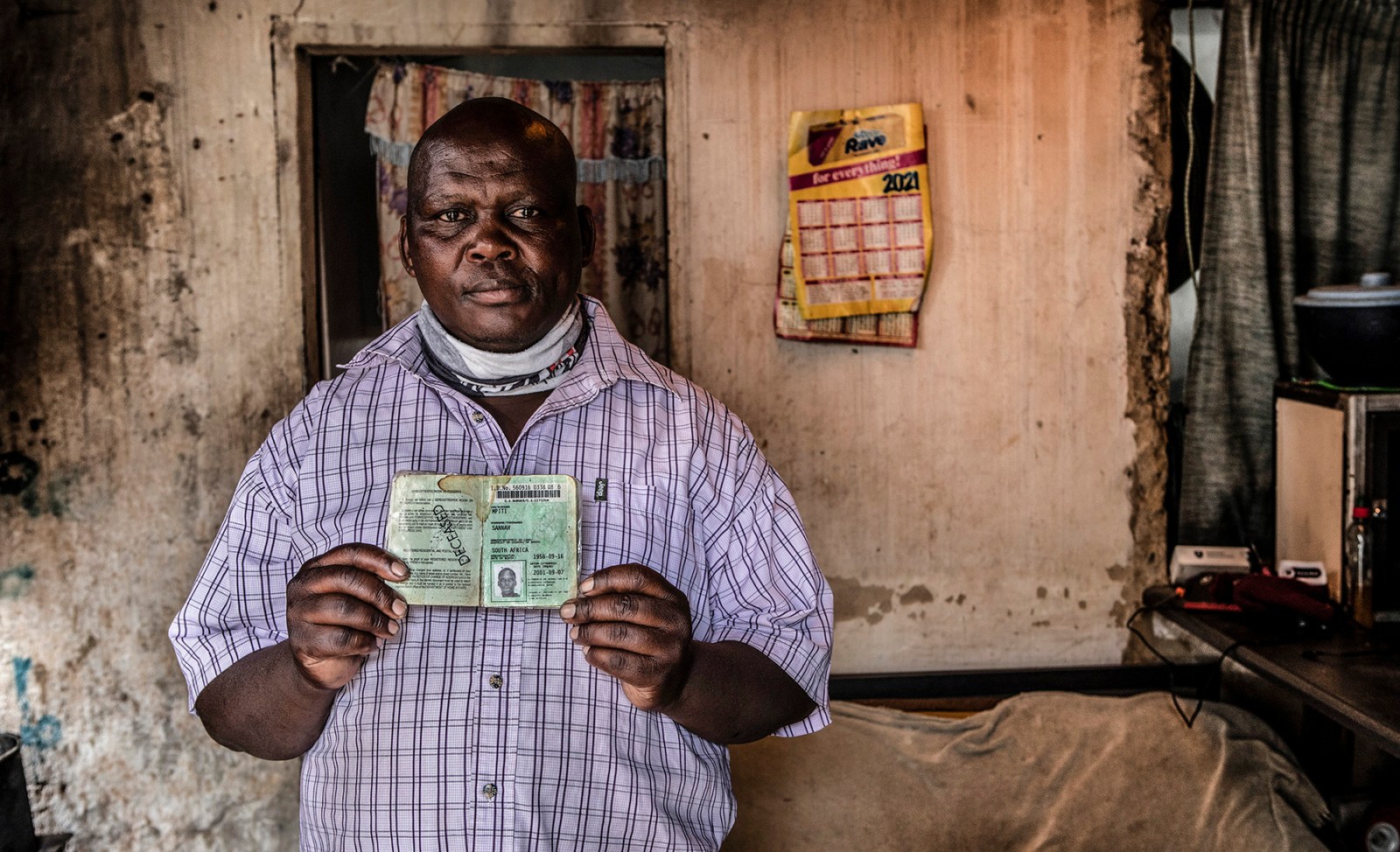 Patrick Mpiti lives with his wife and daughter in a shack on a piece of land out in the Magaliesberg. It used to be a maize and cattle farm, but when the farmer abandoned the property, he said they could continue to stay there.

Sannah, Patrick’s mother, began suffering from mental illness after she gave birth to her youngest child, a daughter who died in her infancy. Sannah would sometimes wander away from home for long periods and the children had to care for themselves.

“In 1991, the owner of the farm on which we were living arranged for Sannah to be admitted to Life Esidimeni Randfontein,” Patrick recalls.

“I was only able to visit Sannah every two months. It is a very long way from Magaliesberg to Randfontein. I had to take three taxis. From Magalies to Krugersdorp, then Krugersdorp to Randfontein. It took me three hours just to get there,” Patrick recalls. “I was and still am unemployed, but if I had R50 from piece jobs, I would go see her.

“In 2015, my younger brother received a phone call from a social worker who worked at Life Esidimeni. They told him there was going to be an important meeting and we must come. That is where I found out that they intended to close Life Esidimeni. They did not give a specific date, but promised to keep families updated.”

But when Patrick next went to visit Sannah, he found the facility had already closed. They had no idea where his mom had been moved to.

“One day I was listening to the radio and heard about the ombud’s report. They said about 94 mental healthcare users, who had been transferred, had died.

“I was scared and  began the search for my mother.”

Patrick eventually found her at Chris Hani Baragwanath Hospital. She was in a very bad condition, bedridden and her body covered in sores. She couldn’t walk or speak.

“I came back crying after I saw her,” Patrick remembers. “They couldn’t tell me when she got sick and directed me to an NGO called Takalani. This is how I found out that Sannah had been transferred to Takalani. I went there the same day.

“At Takalani they were not helpful and just said she had been sick for a long time. When I asked them why they had not informed me of her illness, they said they did not have my contact details. Why couldn’t they find me? Our names and numbers were on her file?”

Patrick visited Sannah about five times while she was in hospital, borrowing money and taking the long journey from Magaliesberg to Soweto and back.

“One time she woke up and saw me. I asked her what she would like. ‘Just water,’ she said. ‘Just water.’”

“I collected her body from the mortuary and we buried her in Magaliesberg, the place she had once lived.

“Manamela [former Gauteng head of mental health, Dr Makgabo Manamela] and them didn’t want to listen and my mother died. Why are they keeping quiet about what really happened?” DM/MC

The series of weekly portraits of those who died in the Life Esidimeni tragedy, and the stories of the loved ones left behind, are also available on the website www.lifeesidimeni.org.za