Vavi vows to ‘scale up the fight’ against Clover 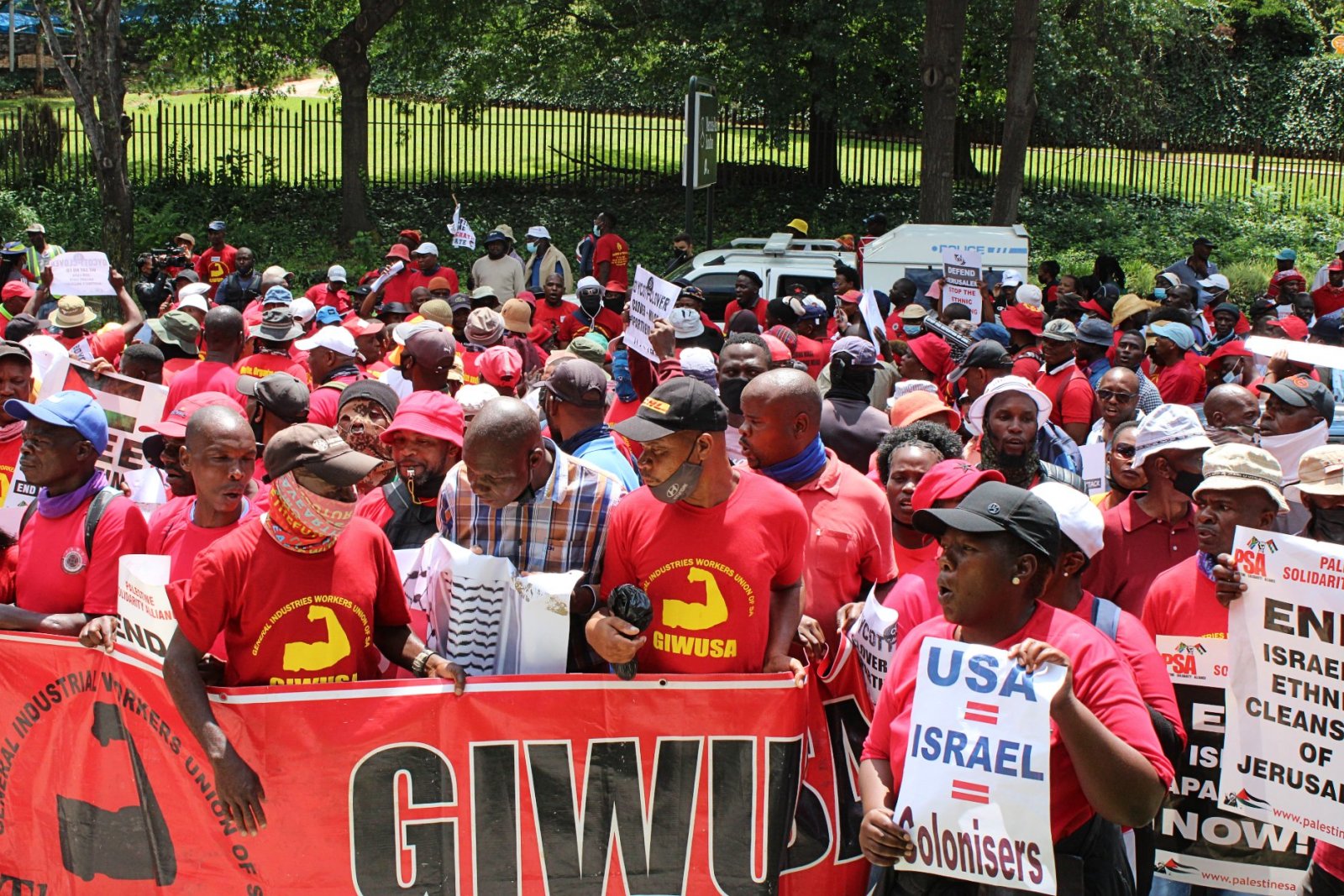 Unions supporting striking workers of dairy producer Clover have said they will ramp up the pressure as negotions with management fail for a second time. (Archive photo: Masego Mafata)

Company representatives met with the Food and Allied Workers’ Union, the General Industries Workers’ Unions of South Africa and the South African Federation of Trade Unions as well as the Palestine Solidarity Alliance on Friday. The meeting, hosted by Department of Trade, Industry and Competition officials, ended with another breakdown in negotiations.

Unions supporting striking workers of dairy producer Clover have said the strike will continue and action against the company intensified. The unions and Clover management failed to reach an agreement during recent negotiations.

Workers are demanding that Clover stop plans for further retrenchments, factory closures and salary cuts. They also demand that the company reinstate all dismissed workers.

Representatives of Clover met with leaders from the Food and Allied Workers’ Union (Fawu), the General Industries Workers’ Unions of South Africa (Giwusa) and the South African Federation of Trade Unions (Saftu) on Friday to try and end the strike which started in November 2021.

The meeting, which the Palestine Solidarity Alliance (PSA) also attended, was hosted by officials from the Department of Trade, Industry and Competition. This was the second failed attempt at negotiations.

On Tuesday, striking workers and supporting union members met in Johannesburg under the banner of ‘Clover Strike War Council’. Saftu General Secretary Zwelinzima Vavi said they will “scale up the fight” and mobilise more support for striking workers.

Saftu, Fawu and Giwusa called the council meeting after what they said has been growing frustration with “the arrogance of Clover representatives in the meeting on Friday,” said Vavi.

Vavi said that during the meeting last Friday, Clover was “telling us the same things they said in the previous meeting. They are going ahead with the 20% cut of the wages of workers, that we must accept that [factories in] Lichtenburg and Frankfort are gone and not going to reopen. They want to make life impossible to live and work under in the Clover company”.

Clover told GroundUp that it had explored “all possible avenues” to minimise retrenchments but trading conditions and poor economic growth have made things difficult.

“We embarked on restructuring as a last resort. Our business was materially affected by Covid and we had little, if any, choice in the decision we made, which was not made lightly. We cannot and will not reverse our decision if we are to run an economically viable business,” said Steven Velthuysen, a Clover Group Manager.

The company said Milco SA had made a “major cash investment into the business” which enables it to prevent further job losses.

But, unions believe Clover is not being transparent about its finances. When unions asked for the financials, including the amounts paid to Clover’s top management, the company refused to share that information, they claim.

Giwusa general secretary John Appolis said they received a notice from Clover on Monday of its intention to relocate the factory in City Deep to Boksburg. Appolis said the move would see about 800 workers retrenched.

After issuing the notice, Appolis said Clover committed to absorbing most of the Boksburg workers and only retrenched nine people. He said this “retreat” from Clover was due to the pressure on the company by the strike.

Appolis said many of their members, who have received no income since November, are still determined to continue until their demands are met. He said food parcels donated by the PSA have helped some workers.

Vavi said in the coming days plans for factory sit-ins, night vigils and mobilising for broader community participation are to come.

“What we are facing is not just an attempt to reverse the gains workers have scored at Clover, but it is part of a broader assault on workers. The working class is under siege from multinational corporations and government austerity. This is a war we cannot afford to lose,” he said. DM