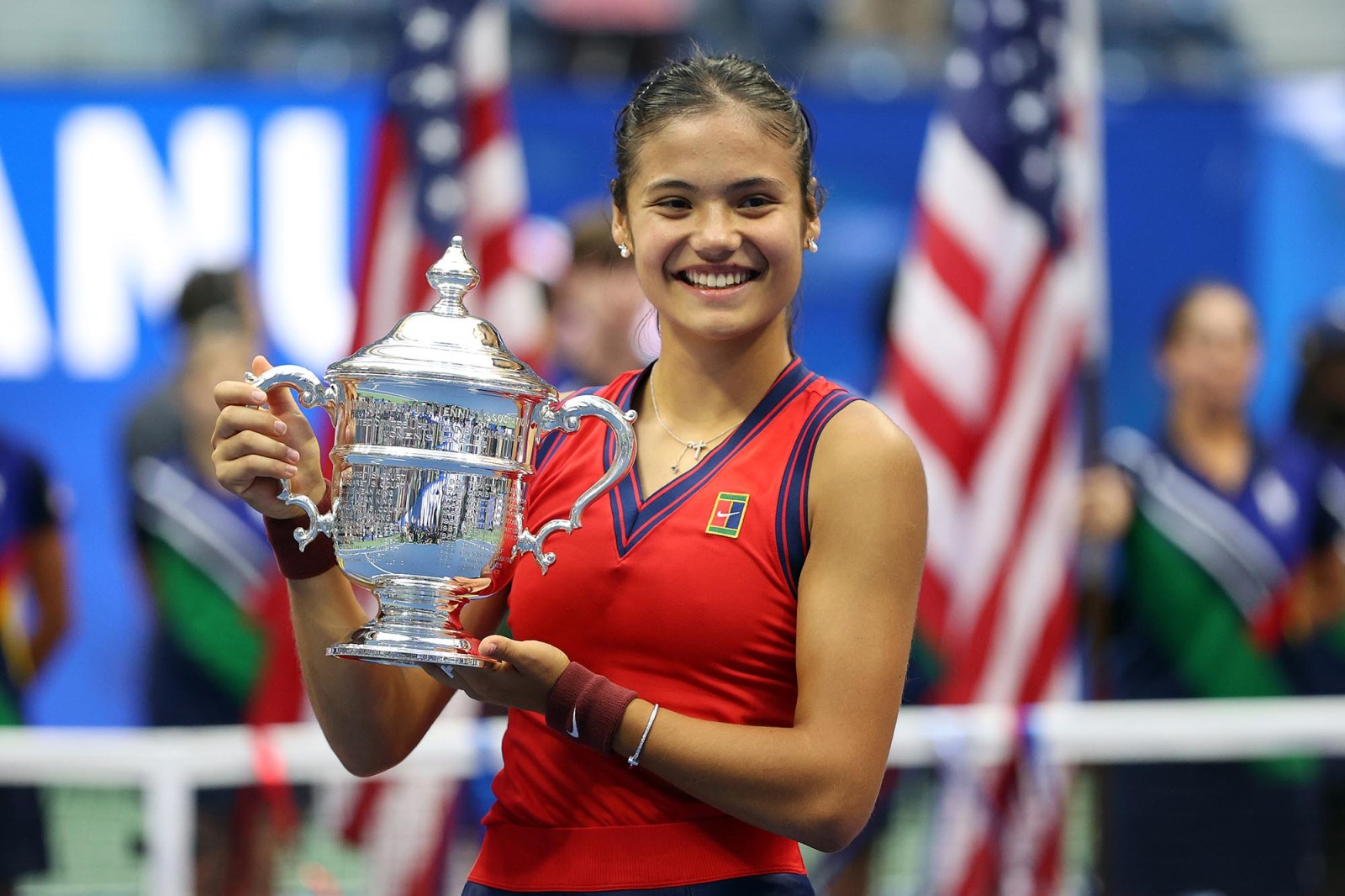 Emma Raducanu of Great Britain celebrates with the championship trophy after defeating Leylah Annie Fernandez of Canada during their Women's Singles final match on Day Thirteen of the 2021 US Open at the USTA Billie Jean King National Tennis Center on September 11, 2021 in the Flushing neighborhood of the Queens borough of New York City. (Photo: Elsa/Getty Images)

The new Formula One world champion, 2021 US Open winner and the victorious Euro 2020 winning squad are just some of the big names nominated on Wednesday for the world's foremost honours.

The annual Laureus World Sports Awards is now considered the ‘Oscars’ of sport and recognises a variety of athletes, abled and disabled, in seven major categories.

South Africa has no nominees this year, but in the past, the Springboks have won World Team of the Year twice (2008, 2020) following their Rugby World Cup wins the previous year. Rugby player Schalk Burger won the “Comeback of the Year” title in 2015 after a near-death experience following surgery to remove a cyst from his spine.

Six nominees have been selected in each of seven categories and the names of the Winners will be revealed in April, following a vote by the Laureus World Sports Academy — the world’s ultimate sports jury — made up of 71 of the greatest sporting legends of all time.

Athletes of the year

The battle for the Laureus World Sportsman of the Year Award will be one of the most competitive ever. The recently retired Tom Brady, the NFL’s greatest-ever quarterback could be an emotional winner.

Great track runner and Laureus Academy Member Sebastian Coe appeared to reveal his choice: “I think we have to conclude that Eliud Kipchoge is now the greatest marathon runner of all time. I had the great privilege of watching him win his Olympic title in Sapporo. He was so in command of that race that day. His contribution to athletics is Muhammad Ali-esque.”

Elaine Thompson-Herah matched fellow Jamaican sprinter Usain Bolt with gold medals in the 100, 200 and 4×100 metres relay with her haul in Tokyo.

Sprinter Allyson Felix passed Carl Lewis as the most decorated track and field US Olympian in Tokyo and is up for the award. Third nominee, Australian swimmer Emma McKeon’s four gold and three bronze medals in Tokyo tied the record for the most won by a woman in a single Olympic Games.

American swimmer Katie Ledecky won two more gold and two silver medals in Tokyo to add to her list of achievements. Also short-listed are world No 1 tennis player Ashleigh Barty, who won Wimbledon in 2021 and recently won the 2022 Australian Open (although that doesn’t form part of this nomination cycle), and Alexia Putellas, captain of FC Barcelona’s Women’s Team. Putellas was named 2021 FIFA Women’s Footballer of the Year.

Laureus Academy Member and athletics legend Michael Johnson said: “There’s another athlete who just completely dominated their sport last year. Elaine Thompson-Herah, 100 metres, 200 metres, repeating as champion, which is very difficult to do, and threatening one of the oldest and most impressive world records in the books, the women’s 100 metres. I mean, we haven’t talked about anyone threatening that record for years.”

Thompson-Herah clocked 10.54 in a meeting in Eugene, Oregan last year, which is the closest anyone has come to the record of 10.49 set by late US sprinter Florence Griffith-Joyner in 1988.

Britain’s Emma Raducanu became a global tennis sensation when she won the US Open at the age of 18, and unsurprisingly she is one of the nominees for the Laureus World Breakthrough of the Year Award, along with Russia’s Daniil Medvedev, who won the men’s title.

Other nominees are Neeraj Chopra, India’s first winner of an Olympic athletics gold medal, Spanish football prodigy Pedri — at 19 voted best young player at the Ballon d’Or — Venezuela’s Yulimar Rojas, who broke the triple jump world record which had stood for 26 years, and Australia’s Ariarne Titmus, who made her Olympic debut at 20, beating defending champion Katie Ledecky at both 200 and 400 metres in the swimming pool.

The nominees for the Laureus World Comeback of the Year Award include several sporting giants and one brilliant youngster. The indomitable gymnast Simone Biles showed her courage and determination to come back to win a bronze medal on the beam in Tokyo.

One of the most talented of a thrilling group of young skateboarders, Sky Brown, recovered from a skull fracture to win a bronze medal in Tokyo, at the age of just 13 years and 28 days.

The brilliant Italy Men’s Football Team are among the frontrunners for the Laureus World Team of the Year Award after their victory in Euro 2020.

They are joined by the China Olympic Diving Team, who won gold medals in seven of the eight events, the Milwaukee Bucks, inspired by Giannis Antetokounmpo, who ended their 50-year wait for a second NBA championship, and the Mercedes-AMG Petronas Formula One Team which won a record eighth consecutive Constructors’ World Championship.

Italy coach Roberto Mancini said: “We are very excited to be nominated for this important Laureus Award and, on behalf of the team, I thank the world’s media for their support.

“Italy last won this Award after the 2006 World Cup win. That was a massive day for Italian football — and I believe that what we achieved last year was perhaps even more important for so many reasons.

“Italian football was not in a good place after failing to qualify for the 2018 World Cup, and the country was suffering with many problems caused by the Covid pandemic. But the national team is a symbol of a country that in difficult moments has always known how to get up again. So, thank you Laureus for understanding that.” DM

Simone Biles (US) Gymnastics — after withdrawing in Tokyo, she came back to win bronze in the beam

LAUREUS SPORTSPERSON OF THE YEAR WITH A DISABILITY AWARD