Not too fine an embonpoint: Princess Lindiwe won’t split germane hairs about her endgame 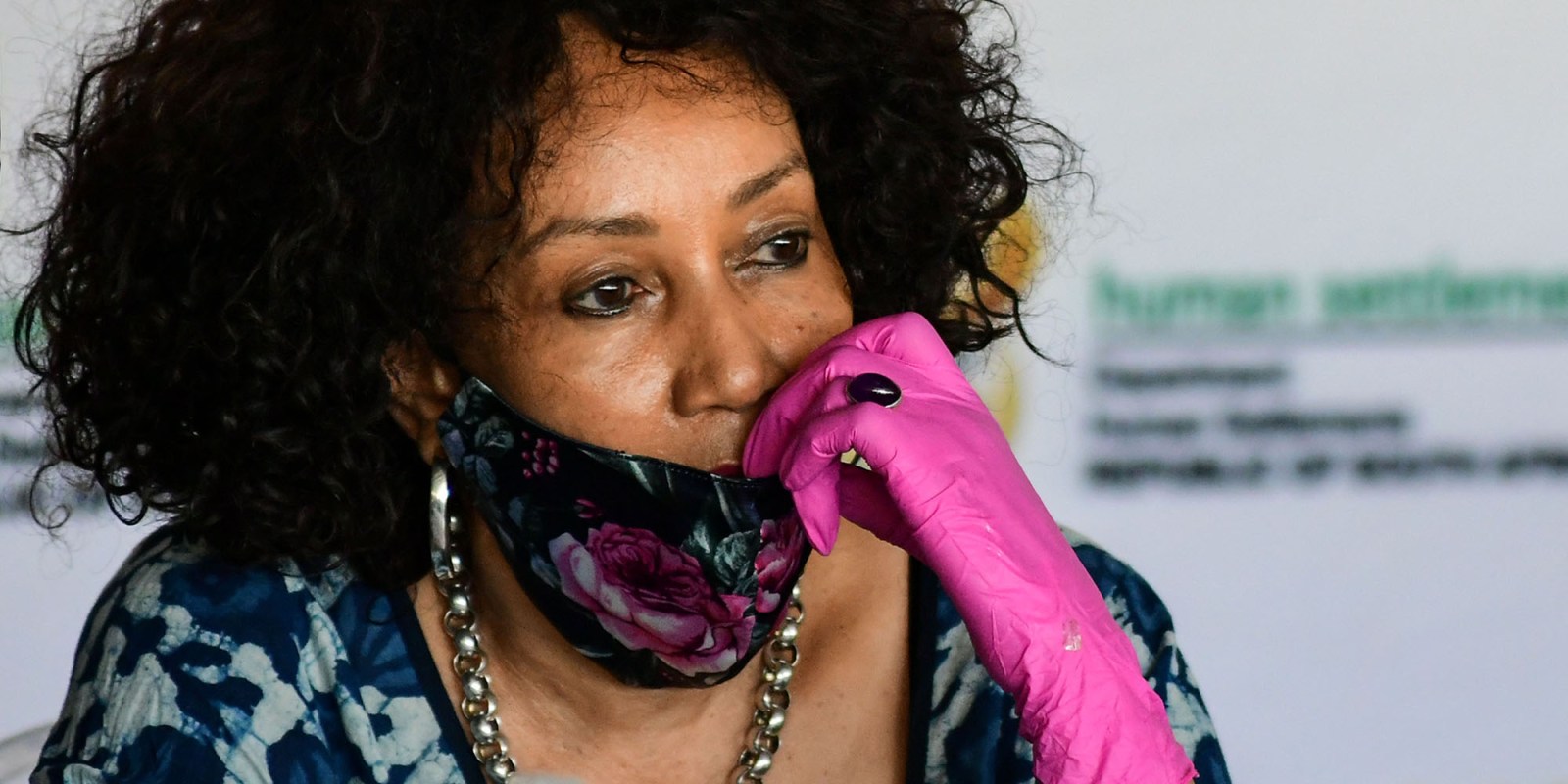 The woman currently known as The Princess tells her lawyer that serving at the pleasure of the President is no fun.

Lindiwe Sisulu pulled on her long pink gloves and told a minion to call her lawyer. After a short while, the minion, bowing and scraping as required by the woman known as The Princess, returned with the phone held delicately in their hand.

“Oh Great Madam,” said the minion, “your lawyer is on the phone.”

Lindiwe took the instrument delicately in one pink-gloved hand and barked into it.

“Hi, Lindi,” said Dali, ever the informal man-of-the-people. “I heard what your minion just said. You do know I’m not actually your lawyer? I’m an advocate. I’ll defend you in court, because it’s my calling in life to defend the indefensible, but you need an attorney to instruct me.”

Lindiwe frowned. She didn’t like frowning because she knew it would lead, ultimately, to some unsightly lines on her otherwise immaculate face, and then one day she’d have to dip into her ministerial pension for Botox treatments.

But, still, she frowned.

She didn’t like being told that what she said was wrong, or not quite right, or even just at an acute angle to the truth. But that’s what she had to deal with, today – she’d said something about the Constitution and the rule of law being unAfrican, and there’d been an outcry by all those running dogs of White Monopoly Capital, and now she had to talk to a lawyer because Prez Cyril could fire her and then she’d have to go to the CCMA to get reinstated or at least get a big payout she could use to fund her presidential bid – LS22!

“Listen, Dali,” she said with great forbearance, her eyes going squint with the effort of not frowning, “I’m consulting you because you know how to mount a defence against attacks from this illegitimate government and upstart judiciary of house negroes and mentally colonised slaves of White Monopoly Capital.”

“Thanks for the compliment,” said Dali. “One doesn’t often hear compliments from that perfectly shaped mouth of yours – perfectly shaped, I say, even though its corners are usually turned down. I didn’t know you could give compliments, actually, so this is a learning curve for me. And, you know, as I always say, if you’re not learning something every day your life is wasted.”

“Yes, well,” snapped The Princess, “I don’t need a life coach at this stage, thanks, Dali – though you’d obviously make a very good one.

“I’m sure you’ve helped Julius through a lot of his learning curves, even through losing his curves. I’m consulting you because you’re the big daddy, the chairperson, of the EFF.

“And, besides providing us with our only policy, Racially Exceptionalist Transubstantiation, the EFF knows how to really annoy the government. And the middle class. All taxpayers, in fact. It really annoys a lot of people. And I want to annoy everyone – except uBaba and the RET so-called faction, Dali.”

“Ah,” said Dali, and The Princess could’ve sworn, if she ever swore, that she heard a sound not unlike that of two lips inhaling smoke from a fat cigar. “I think you have already annoyed a lot of people, Lindi. So that part of the job is done.”

“Good. I’m glad you think so. But if they try to get rid of me I’ll have to annoy them even more, won’t I?”

“I suppose so. But, as I say, you’re doing well – not only did you write that article, you wrote a follow-up, and you published them in a newspaper known to have wildly absurd agendas, and when the President said you’d apologised, you contradicted him and said you hadn’t!

“I saw online yesterday that you said you were consulting your lawyers. So, today, here you are, right? Consulting me.”

“Yes, well, I had to say something. Just to get Cyril to pause a moment. And I couldn’t call you yesterday. I was having my hair done, and you know that takes the whole day. A day and a night, actually, because I have to sleep on it in a plastic bag for 12 hours to get this special frazzled look.”

“Very interesting,” said the lawyer, sorry, advocate, “but is it germane to your issue?”

“How dare you insinuate that my hair is not germane!” cried Lindiwe. “It’s a mane, isn’t it? And you know black women’s hair is very important culturally and in terms of identity. Without it, we’d be… well, we’d just be black women. With ordinary hair.”

“Okay, relax… We can come back to your hair. What do you want to do? What happens if you are fired? Will you join the EFF?”

“Touché!” said Dali, the approval dripping from his honeyed tones like, well, honey. Maybe not genuine no-bees-were-harmed and no-sugar-syrup-added honey, but honey nonetheless. “You’d fit right in to the EFF, Lindi, even the EFF in Parliament.

The Princess was making hand signals to her minion, who understood them – correctly – to mean: Bring me a large glass of unwooded chardonnay right now!

“No, sorry,” said Dali. “You serve at the pleasure of the President. He can fire you any time he likes, and he doesn’t even have to give a reason, though disrespect for the Constitution you swore several times to uphold is surely reason enough.”

“Don’t get technical with me, you advocate. I know you can argue both sides of the story with equal conviction. You’re trained that way. And don’t mention the pleasure of the President. I’ve served at the pleasure of several presidents now, and it gave me no pleasure at all. Screw their pleasure.”

She grabbed the glass of unwooded chardonnay from her minion with another pink-gloved hand and took a furious gulp.

“We’re talking about court, aren’t we? What if you get fired? You could sue the government, like Ace did.

“Okay, he doesn’t have much chance of success, but it’s not about winning or losing – it’s about playing the game.”

“And what am I supposed to do when I’m a minister? Build houses? Fix the water system? Do you think I could do anything with that water department after Nomvula destroyed it? I was given a destroyed department! I couldn’t even work out who was bribing who to do what!”

Another gulp of unwooded chardonnay.

“No, Dali, I’m tired of playing. I’ve played so many parts – daughter of the struggle, MK warrior, and so on. Never got an Oscar. Do you know I broke at least four nails for freedom? And do you know how hard it was to get a decent manicure in Zambia in those days?”

The advocate started to say something, but the sound that emerged was that of someone choking on a small canapé.

Lindiwe was watching the signals from her minion. She knew what they meant.

“Speaking of manicurists, Dali,” she said, “mine is here. We’ll have to continue this conversation another time. Think on these things. I will be queen.”