Curious Kids: If steam contains water, what does smoke...

Curious Kids: If steam contains water, what does smoke from fire contain? 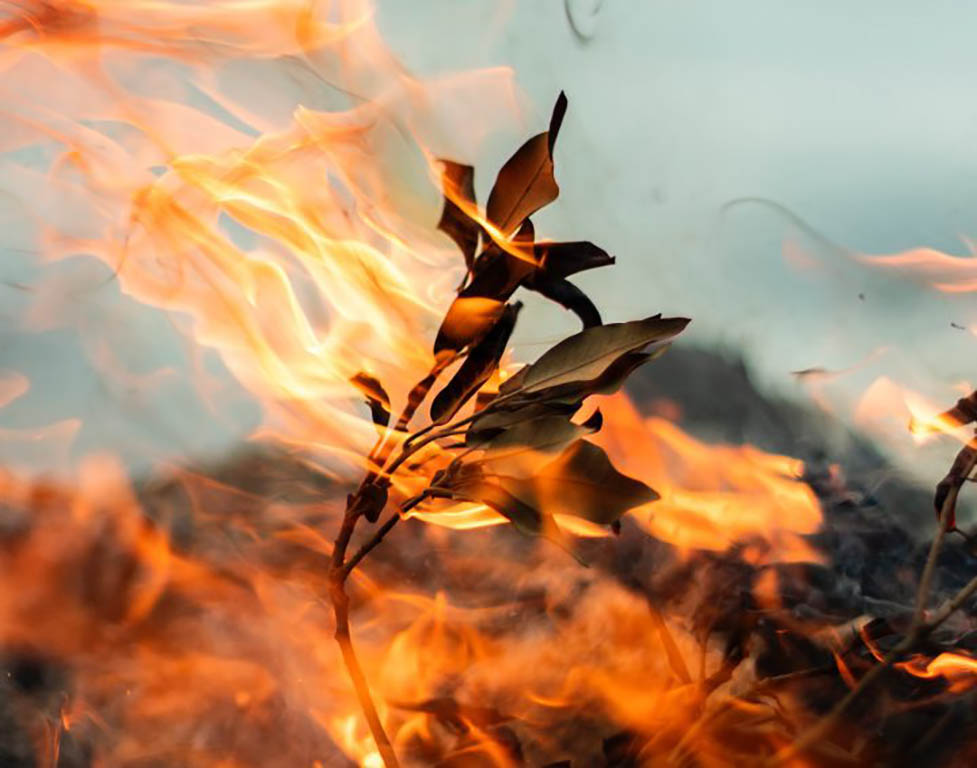 If steam contains water, which goes up and evaporates, what does smoke from fire contain? (Amasi-Mario, 8, Nigeria)

You’ve asked an important question, Amasi-Mario: this is something that lots of people around the world have also wondered. As a scientist who studies how fires happen in natural spaces like savannas and forests, and what they can do to the environment, I’m one of those people.

Living in Nigeria, you’ve probably seen lots of fires; some in your own home to keep you warm, and some burning through the bush. You will have noticed that not all fires make the same sort of smoke. There are a few reasons for this – let me explain.

What is in smoke

When fires burn they are “consuming” plants. After a fire the vegetation that was there before has gone, and plants have to grow again from their roots or seeds. However, that plant material has not just disappeared: a lot of it has gone up into the sky as smoke. Big wildfires like we have in our African savannas can make so much smoke that it seems as if the smoke is making clouds in the sky. That’s probably why you asked the question about steam and smoke.

Quite a lot of the smoke from a fire is actually steam. All the water in the plant gets evaporated by the heat of the flames, and goes up in the smoke as water vapour. Once the water is gone then the leaves and the stems of the plants burn, and turn into a gas called carbon dioxide.

When fires burn plants they are doing exactly the same thing our bodies do when we eat plants: they are releasing the energy stored in the plant. We eat food and breathe in oxygen. The oxygen joins to the carbon from the food, and makes carbon dioxide that we breathe out. This gives us energy. Fires also need oxygen to “eat” plants. Sometimes when they don’t have enough oxygen they breathe out carbon monoxide or methane instead of carbon dioxide, but all of these gases go up into the air in the smoke.

However, not every bit of the plant is turned into carbon dioxide in a fire. Some very small particles of ash and soot are not burned, but are taken up into the sky with the water vapour and the carbon dioxide. We call these aerosols: tiny particles that are light enough to stay up in the sky even though they are not a gas. These aerosols are what gives smoke its grey or black colour sometimes.

As I said earlier, you can see that not all fires make the same sort of smoke. This is because the amount of aerosols, water vapour, and other gases that come from a fire changes depending on the weather and what sorts of plants are being burned. At the moment I and other scientists are studying fires in Africa at different times of year: we want to see how the smoke from these fires changes over the year.

The way we do this is pretty cool. We fly small helicopters called drones into the smoke and catch packets of the smoke so that we can see what it is made of. There isn’t an actual person flying the drones – that would be dangerous, so the drones are controlled with remotes like you’d use for your TV.

We take these smoke samples back to the lab and work out how much water vapour, carbon dioxide, and aerosols are in the smoke. This helps us to understand the carbon cycle better, and decide when and how to burn our land so that the smoke doesn’t cause damage to people or the environment. DM/ML

Sally Archibald is a professor of Ecology at the University of the Witwatersrand.