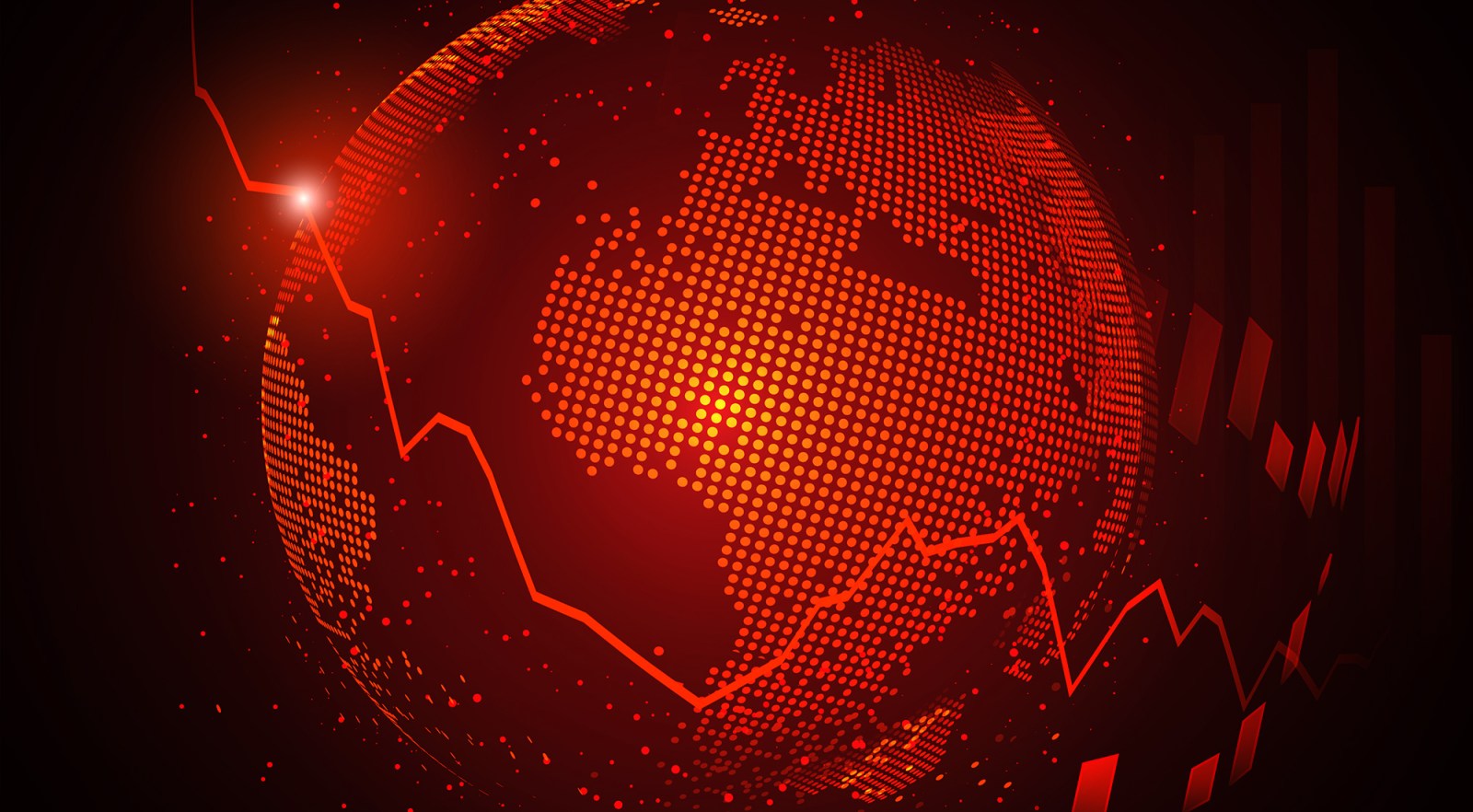 It’s tempting to rely on pure economic statistics, like GDP, to assess the damage wrought on the global economy because of the Covid-19 pandemic so far. But there are other profound health and social costs that will be clear only in five to 10 years — or even decades’ time. What do we know now, though?

The experts will be counting the costs of the pandemic for years to come — and the true extent of the, in several respects, incalculable damage is only likely to become clear five to 10 years down the line.

However, it is worth checking in after two years of dealing with the economic, health and social fallout from it because this could inform policy decisions that need to be taken until we can, at last, pronounce the pandemic over.

If you look at it merely from the perspective of the impact on economic growth (GDP), you only get a one-dimensional view on a far more multi-faceted problem. While GDP looks broadly back on track for the advanced economies, health and social issues remain more widespread and pose an indirect cost to the state of the economy than can be ascertained in any economic measure.

Developing countries have had a far tougher time of it and are only predicted to recoup the economic losses incurred during 2020 — when the world was in the eye of the Covid-19 storm — a few years down the line. Greater inequality gaps between developed and developing countries may prove far more lasting.

In the latest Center on Budget and Policy Priorities (CBPP) chartbook, titled “Tracking the Post-Great Recession Economy”, the graph below highlights how quickly the world’s largest economy, the US, recovered from the pandemic compared with the Great Recession. Although the downturn was sharper in the pandemic, it took a mere year to reach the US economy’s growth potential versus the eight years it took to regain lost ground after the Great Recession in 2008.

According to the CBPP, the relief and stimulus measures made the difference, contributing to a “strong partial recovery” in the second quarter of 2020, continuing through 2021 and ending with a strong fourth-quarter growth that saw the output gap close to 0.5% of potential GDP. 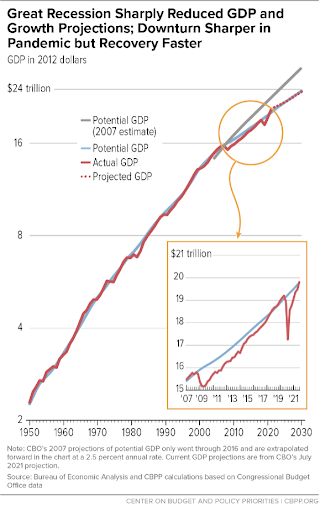 In addition to Covid-19’s impact on GDP, the health impact has also been extreme, with fatalities most quantifiable along with the health costs incurred as a result of hospitalisation. What is far more difficult to measure are the non-fatal morbidity effects, best encapsulated in what has been labelled long Covid, physical after-effects that range hugely in nature and profoundly affect the ability of the people who are suffering to work and contribute to the economy.

Their quality of life is also eroded and they rack up health costs that wouldn’t otherwise have been incurred. It is estimated that between 10% and 30% of people who get Covid-19 will end up with long Covid, but these figures are just that, estimates that may substantially underestimate the number.

Even more difficult to determine is the mental cost the pandemic has imposed on society, with anxiety, PTSD and depression rife for both long sufferers and survivors of Covid, as well as the family members and friends also affected. These also impose an inestimable cost on the economy.

In his article, “Pricing the global health risks of the Covid-19 pandemic”, W Kip Viscusi explains the difficulties in calculating the costs of non-fatal morbidity effects as such: “Unlike other health impacts, such as nonfatal morbidity effects, measures of fatality risk are well-defined in terms of their severity. Deaths are also comparatively straightforward to monitor, although the presence of multiple adverse health conditions sometimes complicates conclusions regarding causality.”

So how can we put a number to the true cost of the pandemic on the global economy so far? Some economists have turned to the value of a statistical life (VSL) to provide the answer. It is a measure that is largely used in the insurance sector and is now considered useful in broadening the scope of costs to the economy by including Covid-19 health-related considerations. US Treasury Secretary Larry Summers and fellow Harvard economist David Cutler explain,  it “aggregates mortality, morbidity, mental health conditions, and direct economic losses to estimate the total cost of the pandemic.”

This year, Vanderbilt University economist W Kip Viscusi updated these numbers based on VSLs. He found that in the US the cost of the officially reported 5.6 million Covid-19 deaths through to the end of 2021 was $1.4-trillion in the US and $3.5-trillion globally. Based on The Economist’s estimate of actual Covid-19 deaths of 17 million, the cost increases to an unimaginable $114-trillion, or 120% of global GDP.

The value of one statistical life in the US is calculated to be $11-million versus South Africa’s $2.5-million. Based on 95,288 deaths, the study calculates that the total cost to the country amounts to $238-billion — 75% of the local economy.

He adds: “Extrapolation based on other morbidity studies suggests that taking into account the morbidity losses boosts the total estimated value of the health risks by perhaps as much as 40%, and certainly accounts for at least an increase of 10%.”

In addition to immediate economic and health impacts, there are the already visible, but virtually impossible systemic changes, behavioural, societal and political changes the pandemic has brought about. In a report titled “The Scars of Covid”, Cevat Giray Aksoy, Barry Eichengreen and Orkun Saka warn: “Covid-19 is likely to accelerate long-term trends towards declining trust in public authorities. This scarring impact could prove particularly profound on young people in their ‘impressionable’ years.”

So, apart from being difficult to quantify now and even in five to 10 years, the socio-political cost of the pandemic will only be evident decades down the line. But for now, we have a mind-boggling lower bound cost of some 120% of global GDP based on the more encompassing VSL measures and estimates of actual rather than official deaths in the first two years of the pandemic. DM/BM