Judiciary is not beyond criticism, but there are limits...

Judiciary is not beyond criticism, but there are limits, says Chief Justice candidate Mbuyiseli Madlanga 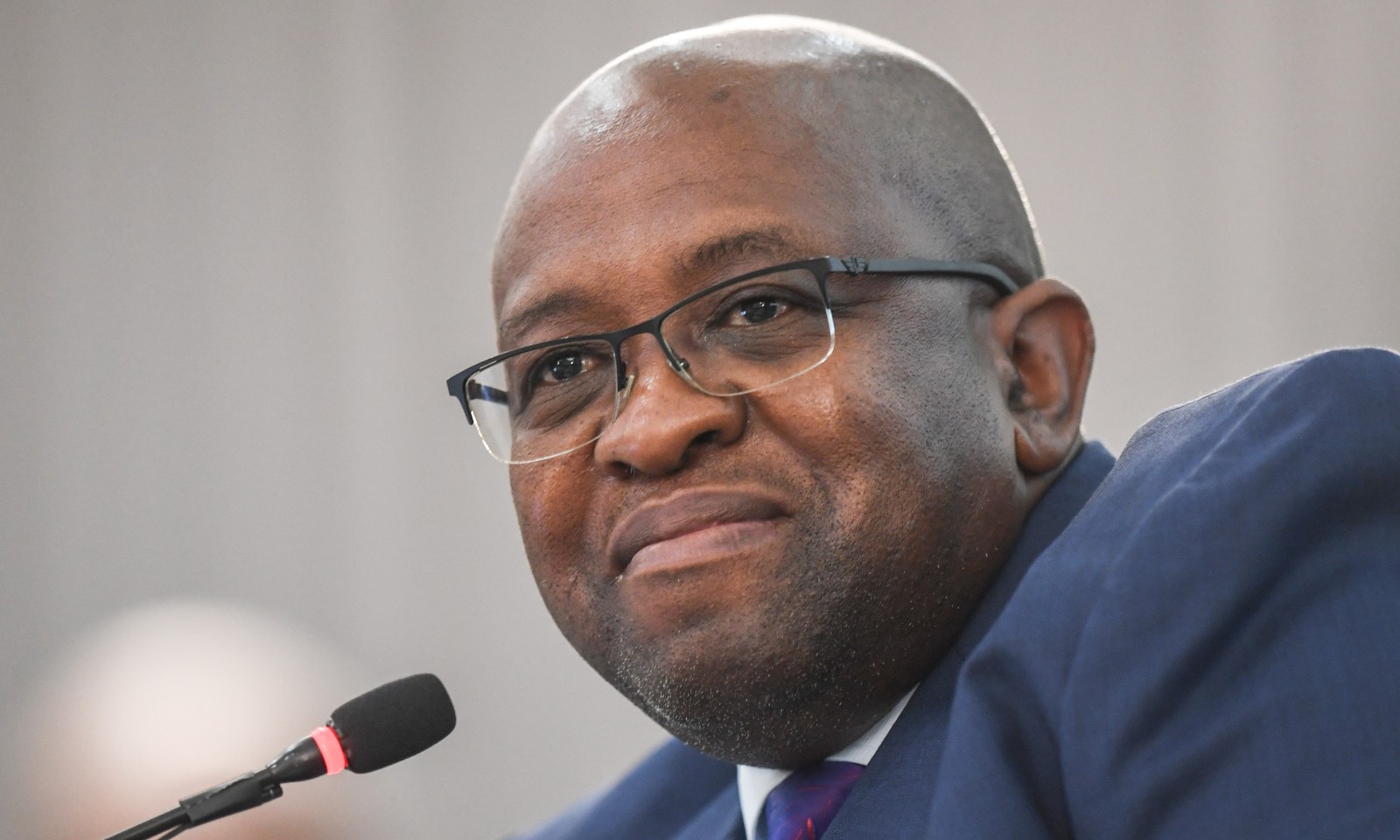 Justice Mbuyiseli Madlanga during his interview for the position of Chief Justice in Sandton on 1 February 2022. (Photo: Felix Dlasngamandla/Daily Maverick)

On day one of the Judicial Service Commission interviews for the country’s next Chief Justice, Constitutional Court judge Mbuyiseli Madlanga was grilled on how he thinks the Chief Justice should address criticism.

‘As much as I accept there should be criticism, it should be criticism that is… fact based and not calculated to bring the entire edifice of the judiciary into disrepute,” said Constitutional Court judge Mbuyiseli Madlanga on day one of the Judicial Service Commission (JSC) interviews for the country’s next Chief Justice.

Madlanga was answering Judge Pule Tlaletsi’s question about how the Chief Justice should deal with public criticisms in the media – a veiled reference to Tourism Minister Lindiwe Sisulu’s recent controversial opinion piece in which she sharply attacked the judiciary.

The judge said it would be preferable for a Chief Justice to engage the political executive privately, as the recently retired Chief Justice, Mogoeng Mogoeng, did in 2015 in response to negative comments about judges made by a number of Cabinet ministers.

In an unstated but apparent reference to Judge Raymond Zondo’s decision to address Sisulu’s criticisms in a press conference, Madlanga added,  that there might be times when the leader of a court is entitled to “go out there and address [criticism] head-on”.

“We should never lose sight of the fact that people are entitled to criticise us, we are not beyond criticism. Criticism can and should be robust,” said Madlanga.

Minister of Justice and Correctional Services Ronald Lamola asked how Madlanga distinguished between criticism and a personal attack. Madlanga replied that it was more about the content of what was said and the impact of it.

“For example, an attack is something that is factually unfounded but because people aren’t aware and because people won’t all go to the source material or be able to interrogate it. It’s also quite important who says it and to consider the possible impact it could have, that’s the issue,” he said.

Madlanga also spent half an hour telling the JSC about his vision, were he to be appointed Chief Justice: “Something we take for granted, yet it goes to the core of the rights, interests and dignity of LGBTQ+ people, is that when I meet counsel, as a presider – 90% of the time – when I see a man, or someone who appears to be a man, I will say mister so and so. I have learned this is a sensitive issue to the LGBTQ+ community and we need to be sensitive to this.

“The judiciary needs to start considering what a litigant’s, witnesses’ or counsel’s preferred title is. Maybe there is no preferred title, but we need to be sensitive to this.”

For instance, some queer people might prefer to be referred to by the gender-neutral honorific Mx, which is pronounced mix or mux. While gender-neutral pronouns are they/them.

Speaking more about his vision, Madlanga said that something close to his heart was the arbitration of commercial matters. “There is a perception that wealthy South Africans are not comfortable with having their cases heard or adjudicated by black judges. The perception is that they don’t have confidence in them. Hence, their cases are taken out of the judicial system and brought to private adjudication. I would want to look into that perception and look at what needs to be done from our perspective.”

As to why Madlanga might possibly not make the cut for Chief Justice, Chris Oxtoby and Mbekezeli Benjamin wrote: “It might be that it is necessary to appoint a Chief Justice who is able to serve for a longer period. The tenure of former chief justice Mogoeng Mogoeng lasted for 10 years. Madlanga would serve just over three years.”

Member of Parliament Gratitude Magwanishe asked whether Madlanga’s vision would be implemented in three and a half years. He replied: “In my view, three years and six months is a very long time. I don’t think my vision is so unrealistic that it’s likely to meet resistance.”

Madlanga’s judicial career spans two parts. The first is when he was appointed to the Mthatha High Court in 1996. At 34, he was the youngest judge yet appointed to the South African judiciary

Within a short time he had acted as Eastern Cape judge president and a judge at the Supreme Court of Appeal and the Constitutional Court. In 2001, he resigned from the judiciary.

In 2013, after a number of years of working as an advocate, Madlanga started the next part of his career as a justice at the Constitutional Court.

The interview with Madlanga continued on Tuesday afternoon.

On Wednesday, the shortlisted candidate, Justice Mandisa Maya, will be in the hot seat, followed by Judge President Dunstan Mlambo on Thursday and Deputy Chief Justice Raymond Zondo on Friday. DM