How a Delft school’s ‘Covid matrics’ achieved a p... 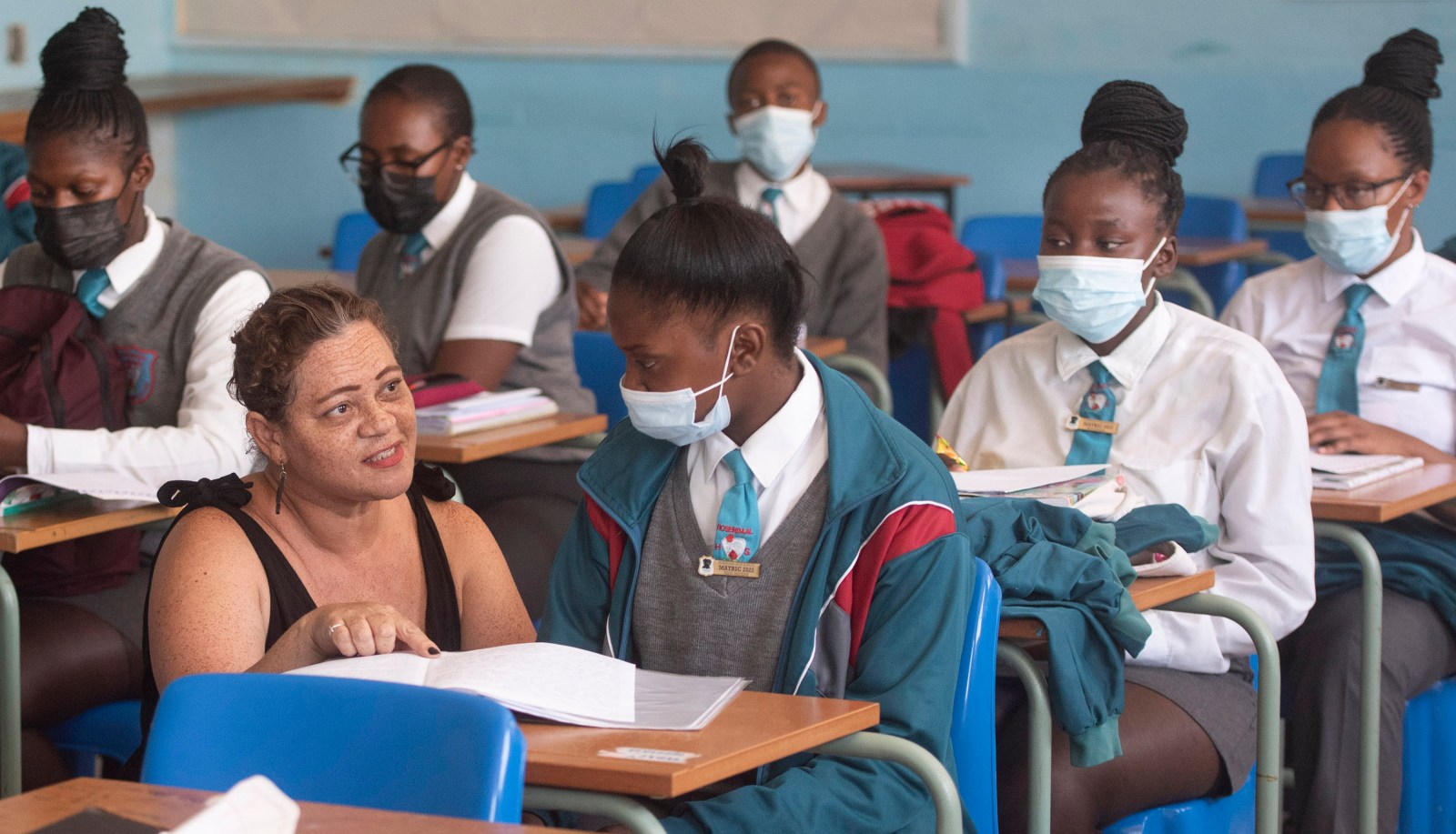 A community pulled together to help matrics from Rosendaal High School on the Cape Flats not only succeed, but surpass the previous year’s pass rate by 20%.

It was the support of teachers, parents, community groups and the education system that helped the Rosendaal High School class of 2021 achieve a pass rate of 75%.

“All of us [teachers], as a collective, recognise certain things in these learners and individually we would support them, we would encourage them, we would talk to them, we would scold them you know, but they knew we cared and that’s the message that went through very strongly,” explained Carmichelle Fransch, the school’s grade head for matrics.

Rosendaal is a public, no-fee school in Delft, Cape Town — an area marred by unemployment and crime.

With support from teachers, parents, the school governing body, local community groups, the Basic Education Department and the school management team, 75% of the 2021 matrics passed, compared with 55% in 2020.

The Western Cape scored an overall 81.2% pass rate for the class of 2021. But Rosendaal’s pass rate could increase, explained Rosendaal principal Crizelda Layman, as they have assisted matric pupils who need to apply for remarking or those who will be rewriting subjects.

Fransch has been the matric head at the school for eight years. She described the Delft area as “challenging”.

“It’s not as if other areas aren’t challenging, but the circumstances here are unique in terms of the fact that our learners somehow find ways to manage in spite of what is happening.”

Rosendaal pupils faced immense personal difficulties, including trauma and dysfunctional homes. “Somehow they find a coping mechanism and when they come into the school, they come with those problems and they sit in your classroom with those challenges,” she said when Daily Maverick visited the school this week. Community groups provide assistance to the school, as they often know the pupils and their families.

What made the 75% pass rate remarkable was that this happened during Covid-19.

In 2020, during the early stages of the pandemic, the Class of 2021 were in Grade 11. They experienced prolonged school closures, disruptions and then rotational classes. The following year, these pupils endured more rotational learning, absenteeism and Covid-19 infections and exposure.

“I know Covid is a negative thing, but a lot of positive things come out in terms of deepening relationships with our learners,” said Fransch, adding, “and that is the one thing of our Grade 12 learners, they attached to us”.

The school supported matrics through WhatsApp groups, extra classes, telematic programmes, providing educational booklets and giving them a head start by providing textbooks and other literature before school started in January. Fransch said the accounting teacher would have classes on Saturdays, where she would collect pupils from their homes to make it to class.

Fransch said parents and students had teachers’ numbers, which they could use outside normal school hours. “At any time if a child struggled, they’d WhatsApp you, they’d send you a message. We sent them videos, we sent them notes, if they called we’d video chat with them. If they sent a message, we would respond and it didn’t matter what time it was… the teachers made themselves available at all times to both the parents and the learners and they did this at their own expense. When we go home, we don’t have school WiFi or data — but my colleagues made themselves available to these learners and they followed up if there was an issue.”

It wasn’t easy. “They had never written a full-scale exam so their confidence levels were rather low, they were hopeful, but they didn’t know whether or not they could do it,” said Fransch.

“I think when the results came, they were quite surprised.”

The English teacher said she told the matrics they were historic because “you’re the first group that is going to write the NSC exam during Covid-19. I call them my Covid matrics. You guys are making history — in that regard, they would sit up and listen because it was like, oh, wow, this is so true. I said when you have grandchildren you can tell them ‘I wrote matric during Covid’.”

Layman described the matric class as especially resilient, as they had to adapt to Covid-19. Planning for the 2021 matric class started a year earlier. Layman said when announcements were made that schools would initially close due to the Covid-19 lockdown in 2020, the school met with the Grade 11s and Grade 12s and told them that “it’s an uncertain time that we are going into but this is what we’re going to do — we’re going to make sure that you get notes that for instance can be collected at the gates, there will be feeding, because the department had already asked us to come to school to come and feed the community and learners”.

Layman said it got to the point where oranges were being handed out, to boost Vitamin C levels. “There was just a natural caring that came out of everyone and we were asking ourselves every day, what are we going to do special for this matric class of 2020… that just flowed into the 2021”.

It’s not easy to run a school in an area like Delft where, according to previous Census data, only 59% of the population is employed and 69% live off an income of less than R3,200 a month.

The school currently has a feeding scheme for pupils and the surrounding community. Nadia Black runs the scheme, which provides four meals a day for about 200 pupils. The school also has a youth garden project, which encourages pupils to plant fruits and vegetables. When Daily Maverick visited the garden, a Grade 9 pupil was checking on plants. Layman said the girl was not meant to be at school that day due to rotational learning, but pupils would come to school on their “off” days, just to work in the garden.

Other activities at the school include cadets, a music academy and an environmental club.

This all requires a lot of work. When Layman sent out requests for assistance, she received masks and other learning materials. She is currently trying to find donors to assist with laptops and data for matrics.

So what’s next for the school?

Layman told Daily Maverick the school is aiming for an 85% pass rate for the 2022 class.

Last year’s top pupil, Shakiera Abrahams — who achieved six distinctions, despite being hospitalised several times during the year due to liver problems, and being bullied at school — now plans to study for a degree in business management. DM