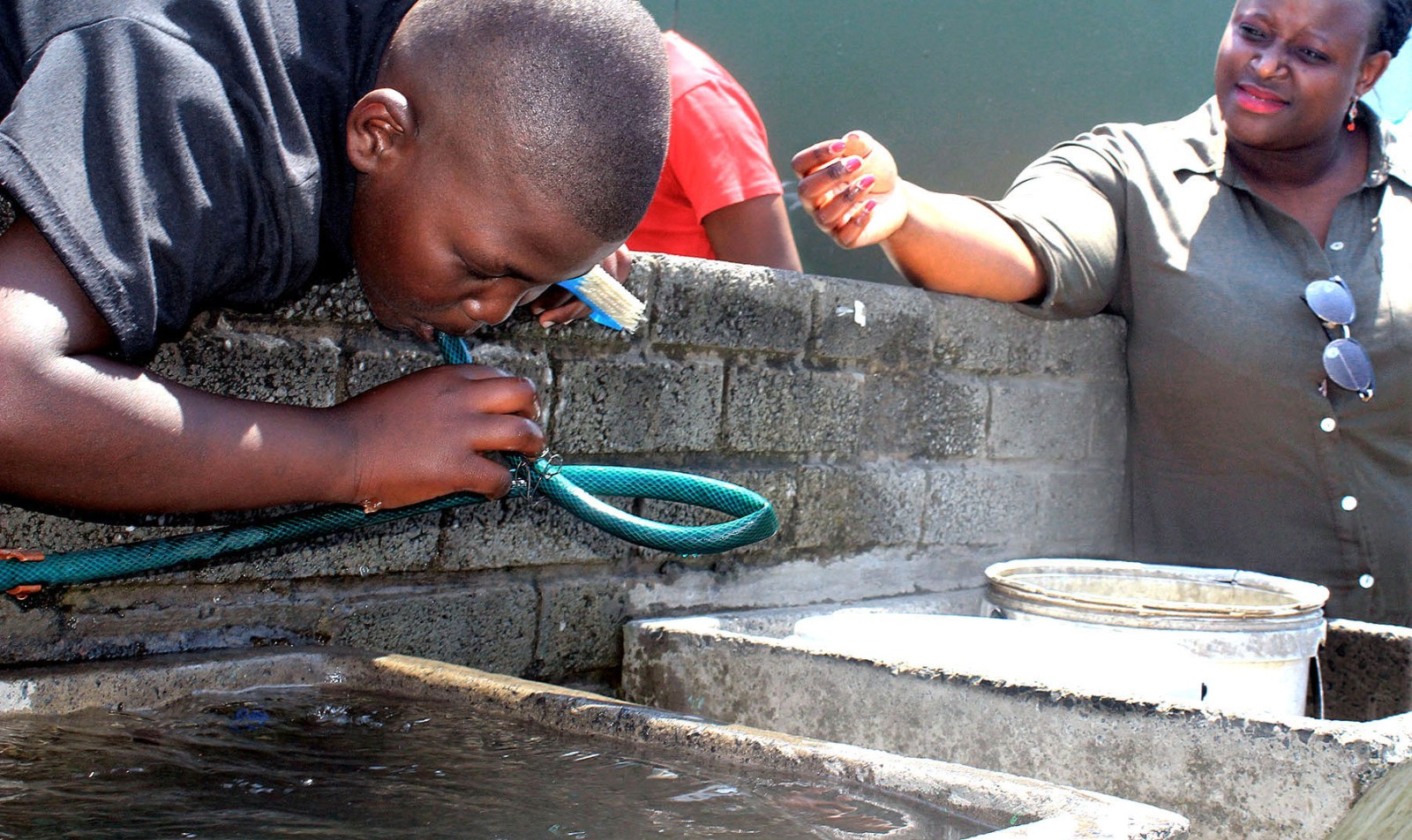 The recent floods in Buffalo City Metropolitan Municipality (BCMM) in the Eastern Cape and George Municipality on the Garden Route in the Western Cape have damaged the water infrastructure in both cities, forcing residents to buy water.

On 8 January, Buffalo City was hit by the worst storms and flooding in its history, with the situation now officially declared a disaster.

“The storm caused death and devastation mainly in Mdantsane and Duncan Village, but we can confirm that all parts of our city were negatively impacted by the storm,” he said.

“The floods also negatively impacted on our water infrastructure and the quality of the water that residents of certain areas of our metro complained about is one of the indicators of the magnitude of the floods. We… are working [around] the clock to ensure that the situation is improved.”

The mayor said the floods had affected the ability of the Umzonyana Water Treatment Works to treat and release water into the distribution system.

The city is implementing a number of measures to deal with the situation, including:

The DA in Buffalo City lodged a complaint on Monday with the South African Human Rights Commission against the municipality.

DA Buffalo City caucus leader Sue Bentley said that since the beginning of January various areas in the metro had been without clean drinking water or were experiencing intermittent water supply or a total lack of water.

“On 27 January 2022, Pakati issued a statement which warned residents not to drink tap water until further notice. However, water provided by BCMM through its water tankers is no different to tap water and is also not potable. This has led to residents complaining of stomach cramps and diarrhoea,” Bentley said.

“The lack of water and sanitation is a public health crisis and deprives people of their right to live in dignity. Before this current crisis we asked the mayor and the city manager to take residents into their confidence on the condition of water infrastructure and the supply and safety of the water.”

Bentley said poor maintenance of water treatment plans, late purchases of liquid chlorine and ageing water infrastructure should be placed squarely at the feet of the city manager, the mayor and his committee.

“Poor communication on the causes of the water crisis, when and where water will be available and if the water is safe for human consumption, caused panic and frustration among residents, especially now during the Covid-19 pandemic. BCMM only began issuing official communications after prompting from the DA.

“We therefore request the SAHRC to urgently intervene in terms of these human rights violations.”

George Municipality spokesperson Chantèl Edwards said the municipality had problems that began in 2021, following extensive pipe bursts as well as the infrastructure damage caused by floods on 22 November and 6 December.

Edwards said the city is running short of drinking water.

“We have just come through a successful festive season with a welcome influx of visitors and our accommodation establishments remain well booked at present. The weather has improved considerably and the warmer weather means that our average daily demand is hovering at 38-39mL per day, with peak days reaching even 40mL per day.”

She said that because of the damage to infrastructure, the main storage reservoirs could not act as a back-up for the high demand.

“The municipality is meeting the daily requirement but has reached critically low storage volume in the main reservoirs that supplement the daily shortfall.”

Edwards said replenishing the storage capacity in the reservoirs is of paramount importance.

“Currently, the volumes in the main storage reservoirs cannot provide this security of supply,” she said.

She said they are planning 20mL extension projects funded by a Budget Facility for Infrastructure grant, which will extend the water-treatment capacity for George and will be implemented in two phases over three years.

“The overall funding required in ensuring potable water security in the George system is R1.197-billion and the funding will be provided over the next 40 months.”

She said the municipality had applied for R238-million in disaster funding to repair infrastructure damaged during the November/December floods.

“This includes remedial work to various pipelines that were damaged and remain vulnerable. In order to carry out these repairs certain bulk pipelines will need to be shut off, but this can only be carried out if there is security of emergency supplies and the volume in the main reservoirs is stable.”

Edwards said the Garden Route Dam level is 97%, but this is raw water storage and not potable or drinking water.

“The raw water needs to be treated at the George old and new water treatment facilities before it goes to the main potable water storage reservoirs for distribution into the reticulation system. The current water demand is higher than the production rate at these facilities.”

The municipality was embarking on a water-saving programme and asked all residents, businesses, schools and sports facilities to review their use of drinking water and make a conscious decision to cut back on waste. DM/OBP