Tigers illegally exported from SA as lambs for slaughte... 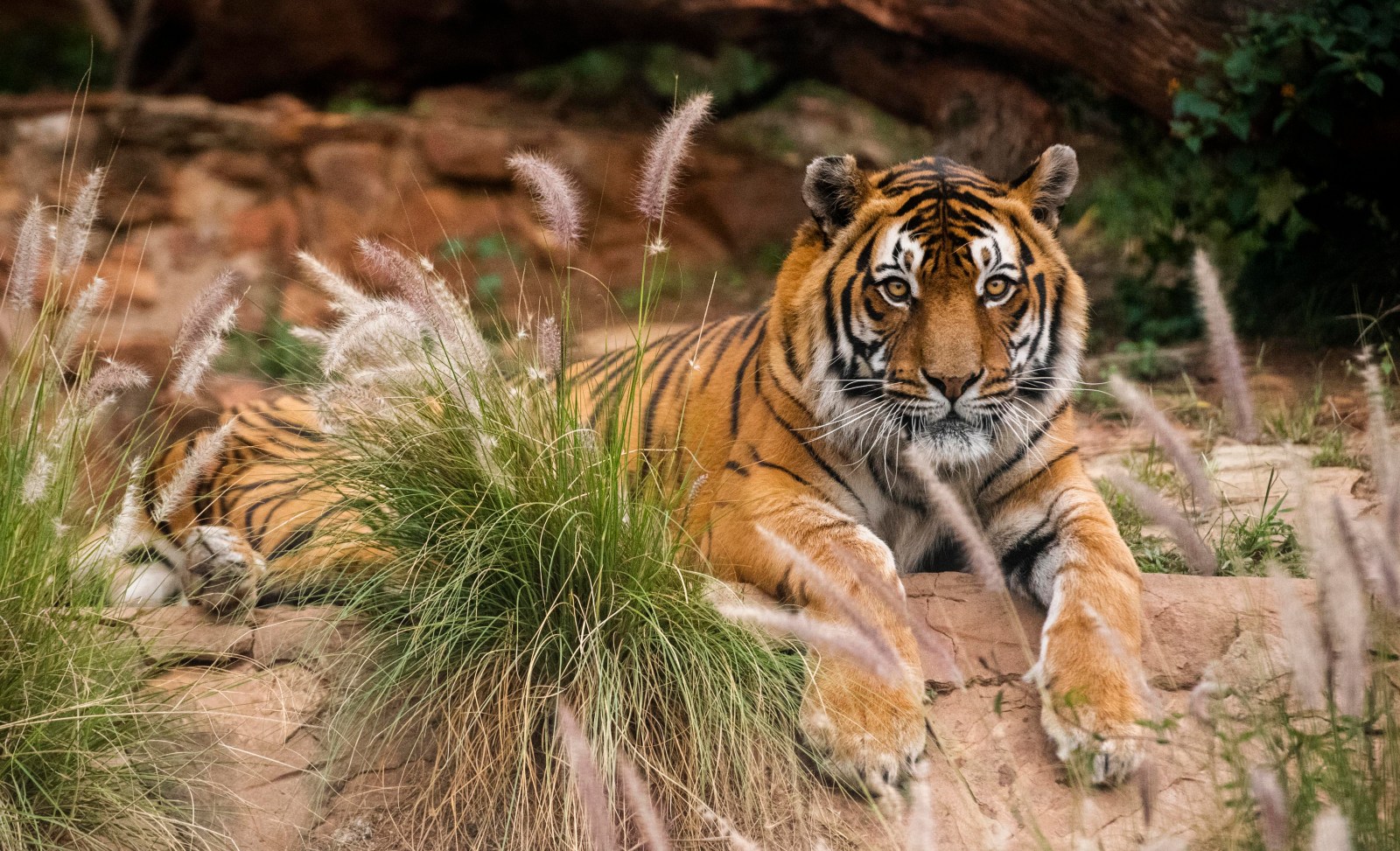 A general view of a tiger at The National Zoological Gardens of South Africa on April 2, 2020 in Pretoria, South Africa. (Photo by Gallo Images/Alet Pretorius)

The Year of the Tiger is not a good one for the creatures themselves, a global animal welfare report states. It also finds South Africa to be at the heart of the big cat crisis.

South Africa’s damning status as an enlarging node in the global illegal trade in tigers and tiger parts is being driven by an absence of regulation and clear, accessible data, a new report released 1 February has highlighted.

The Four Paws report, launched to coincide with the dawn of the Year of the Tiger in the Chinese Zodiac, shows in the period 2011 to 2020, South Africa exported 359 live tigers and 93 tiger parts to Vietnam, China and Thailand.

These statistics from the Convention on International Trade in Endangered Species (Cites) “may not seem staggering but is a huge number for a species that is at such a high threatened level,” says Sarah Locke, co-author of the “Year of the Tiger?” report.

The report includes an assessment of activities at a number of named private farming facilities in South Africa. These are a representative sample, according to the international animal welfare organisation that believes this is indicative of a mushrooming network turning the business of breeding tigers into a booming sector in South Africa.

Under the International Union for Conservation of Nature (IUCN), tigers are listed as an endangered species but in South Africa, they are listed as an exotic species — and as such an alien species — leaving tigers with less protection which makes them more vulnerable.

The report adds: “It can be stated with confidence that existing international agreements are simply not working in protecting big cats from commercial trade and subsequent poaching and trafficking.”

The research for the report spanned eight months and Locke says was largely reliant on desktop research and publicly available information. It also came down to assessing and extrapolating from the massive gaps and discrepancies in data. Four Paws used tools like Paia (Promotion of Access to Information Act) requests to compel various provincial and national authorities to provide data. But these requests were in the main ignored, even after months, becoming themselves red flags for the vulnerably of a species like the tiger.

While the report zooms in on tigers — playing off the hook of the Year of the Tiger — it also looks at the current status of three other species of big cats bred in South Africa: lion, leopard and jaguar.

A key concern for Four Paws is how animals are leaving the country under the catch-all of “zoo” as their final destination. The zoo trade is legal, but Locke says in the absence of stronger regulation, inspection and without record-keeping and access to data, it’s become a loophole and a cover under which illegal trade, including the export of tigers and other big cats to be used as stock animals in intensive breeding farms, flourishes.

Cites prohibits the intensive breeding of tigers for their body parts but, as the report states, it also doesn’t define “intensive breeding”, allowing the open interpretation to be another loophole.

The report goes on to state: “It’s very difficult to understand the extent to which private facilities in South Africa are intensively breeding tigers … because of the vast geography of South Africa and the fact that private facilities with large numbers of tigers, or any big cats, can easily exist without public knowledge. This difficulty is exacerbated by the lack of controls or implementation of laws governing the registration (numbers, births, and deaths) of big cats.”

Added to this, while all nine South African provinces permit the hunting and killing of tigers, each has different stipulations on the circumstances in which these activities can occur.

Ahead of a Cites 2022 meeting, scheduled to take place in November in Panama, the Four Paws report sets out short term recommendations that include flagging facilities of concern for investigation; adopting policies to encourage the halt of breeding while allowing existing animals to live out their lives and supporting facilities to shift from “commercial exploitation models to only breed and trade for strict conservation”.

Locke says the public has a role too, starting with asking better questions about the facilities they choose to patronise and visit. She believes the public must strive for greater awareness of the welfare of such animals and the conditions under which they are kept and should be asking questions about facilities that encourage the likes of cub petting and animal interaction. The ultimate long term goal Four Paws is pushing for is new international trade agreements for big cats that will put the brakes on rampant illegal trade.

Fiona Miles, director of Four Paws in South Africa, says more immediate action must come in the form of an audit of the industry in South Africa.
“It has to be crystal clear what we’re dealing with in terms of numbers of animals; the conditions in which they are being bred, traded interacted with and the status of their welfare and well-being,” says Miles.

Miles adds that as the new report has highlighted, South Africa’s role in propping up the global problem of illicit trade in endangered species is “significant”. She says that this incriminatory status should put pressure on South African authorities to reform legislation faster and also to bolster resources and mechanisms to ensure better adherence to stronger laws and consequences for contravention.

“South Africa is a significant contributor to the tiger issue so we should be looking at the welfare of all big cats in the country to ensure that South Africa does not contribute to the demise of these species and the global big cat crisis,” she says.

Miles says Four Paws will, on a local front, be pushing for progress on the long-awaited draft white paper on iconic species management — even if it doesn’t specifically deal with the tiger trade crisis. This follows on from last year’s release of the draft policy by the Department of Forestry, Fisheries and the Environment that sets out government’s position on issues including the ending of captive breeding of lions and blanket proposals on wildlife welfare, including the export of iconic species. DM/OBP