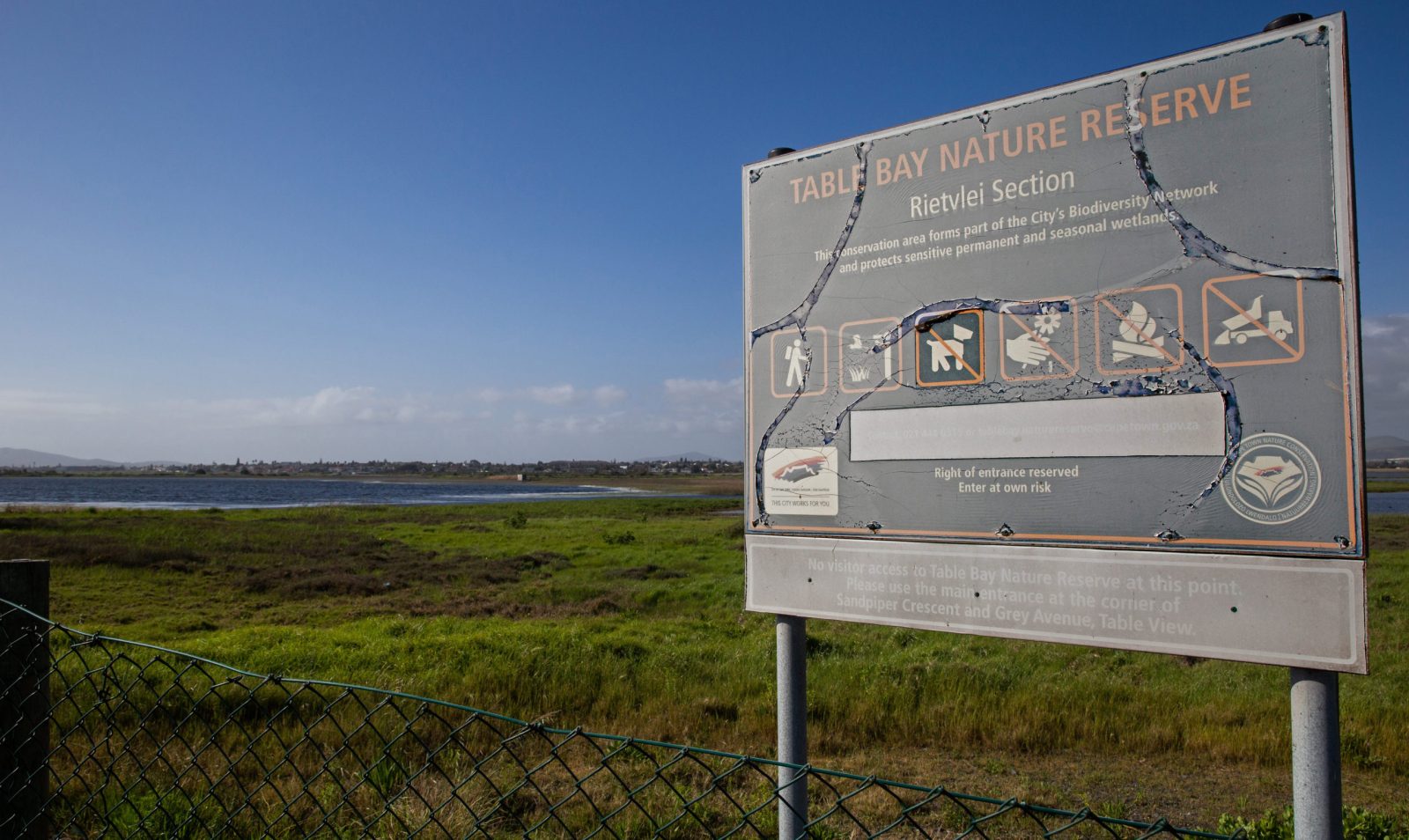 Private tests of water in Rietvlei have found lower levels of E. coli than the City of Cape Town’s tests. (Photo: Ashraf Hendricks)

A Milnerton club has questioned the accuracy of municipal water quality tests after its own tests found much lower levels of E. coli in Rietvlei.

Rietvlei was closed to the public for months last year due to high levels of E. coli found in the water, according to the City’s water quality tests. It was opened briefly but closed again on 29 December.

The Milnerton Aquatic Club (MAC), located on the vlei, decided to conduct its own water quality tests on 31 December 2021, and then on 17 January and 25 January 2022.

The City’s water quality test results during the same period found levels of E. coli in above 1 million cfu (colony-forming units) per 100ml at several sampling points. More than 4,001 cfu/100ml poses an “unacceptable risk” to public health, according to the City’s regulations.

The City’s results, which were sent to GroundUp, also include the results of water quality tests at sampling points at Zeekoevlei, Zandvlei, and the Milnerton Lagoon.

But each of the MAC’s three water quality tests contradict the City’s test results.

The first set of tests was conducted at the same sites as the City’s tests. The second set was conducted both at the same spots and at the same times as the City’s tests when a MAC representative accompanied City officials. Samples for the third set of tests by MAC were taken by the University of Cape Town and sent to a private laboratory for testing. The tests found minimal or “almost undetectable” amounts of E. coli in the water — like the previous two sets of tests.

MAC has since written to the City asking for Rietvlei to be opened again in light of the findings.

“This has been noted by experts as an uncanny coincidence given the geographical distance between the affected lakes. This lends credence to the conclusion that the City has a problem in its laboratory rather than in its lakes,” he said in the letter.

Katja Haslinger, conservation officer at MAC, said that the club was working with the City to find out why the results are contradictory.

According to City’s Mayoral Committee Member for Water and Waste Zahid Badroodien, the City has “proposed that a joint sampling event be undertaken in the week of 1 to 5 February 2022 at Rietvlei”.

“This joint sampling should be undertaken by the City’s Scientific Services Branch, the National Department of Water and Sanitation, the Western Cape Department of Environmental Affairs and Development Planning, the SABS, and the MAC. This is to address the concerns raised by the MAC in a scientifically sound manner with the participation of all relevant stakeholders,” Badroodien said in response to GroundUp’s questions.

He said the City could only open the vlei based on the sampling results taken by its own scientific branch and on recommendation from the City’s Department for Environmental Health.

The City has said that it is currently spending R8-billion on wastewater treatment upgrades. DM