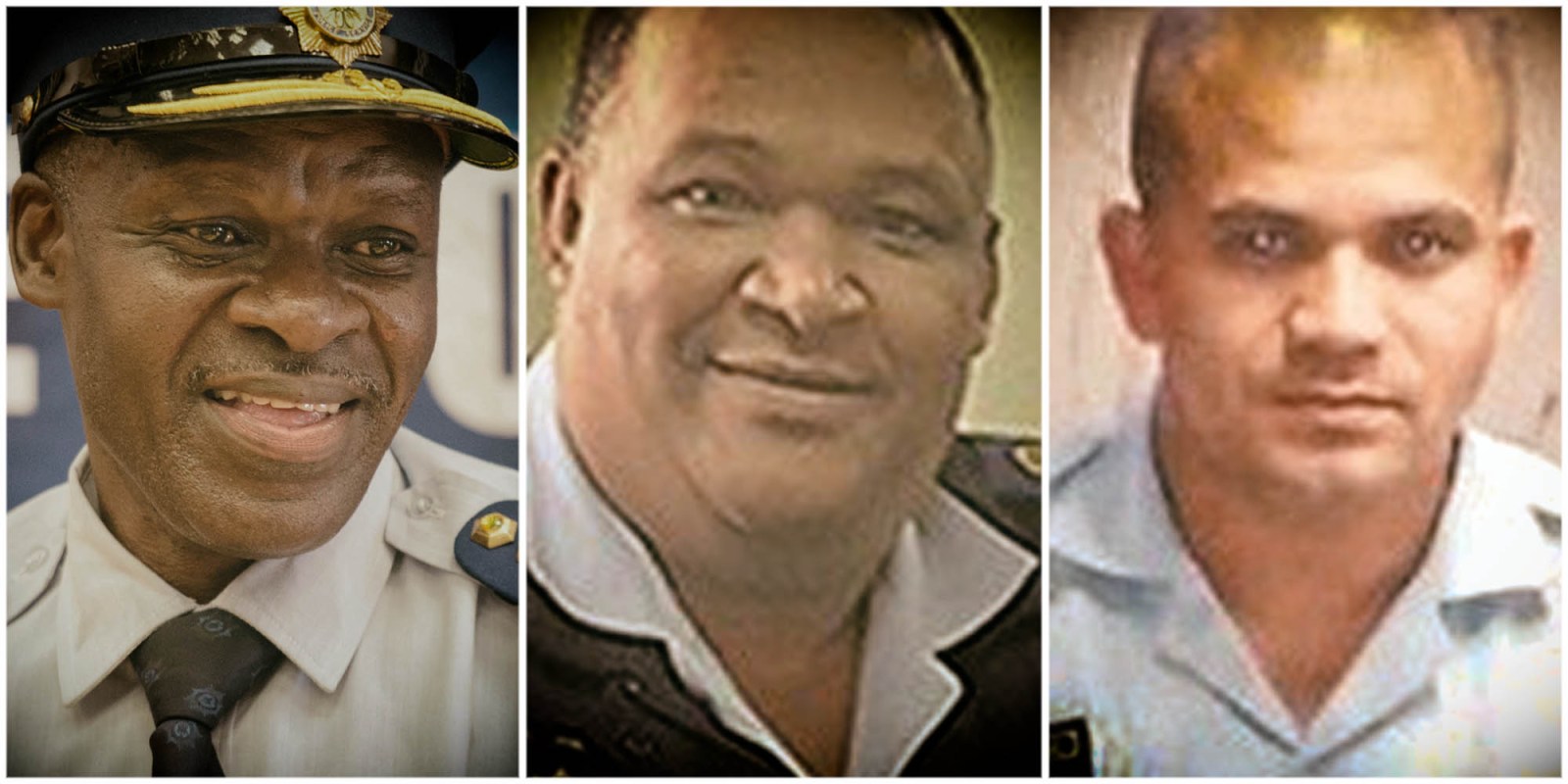 From Athlone to Lambert’s Bay, Giovanni Gabriels is accused of leaving a trail of out-of-control violence.

The South African Police Service (SAPS) has initiated a departmental investigation into the alleged involvement of Athlone police sergeant Giovanni Gabriels in the torture and killing of 36-year-old Adam Isaacs.

Isaacs was arrested on suspicion of drug-related crimes by a team of police officers led by Gabriels and backed up by the army, on 26 January 2020. He was admitted to hospital the following day and died from blunt force trauma injuries 10 days later.

The SAPS is also now investigating the office of Gabriels’ former boss, Athlone station commander Colonel Mark Adonis, for failing to probe allegations that officers under his command participated in the fatal assault on Isaacs.

These departmental investigations were announced in January by police commissioner Khehla Sitole in response to a parliamentary question.

Sitole’s announcement follows a Viewfinder exposé of December last year, which questioned whether the police service had enabled Isaacs’s murder via its historical failure to properly discipline Gabriels, in spite of repeated Independent Police Investigative Directorate (Ipid) findings against him for assault. The article contained eyewitness allegations that Gabriels participated in a prolonged and brutal assault on Isaacs in the hours after his arrest. On Sunday, the exposé also aired as a segment on current affairs television programme Carte Blanche, produced by Viewfinder.

Contrary to the police’s relative inaction on the cases against Gabriels, prosecutors have charged him with two separate counts of assault with intent to do grievous bodily harm. These prosecutions relate to cases that precede the Isaacs arrest. Gabriels’ next court appearance is on 10 February in the Athlone Magistrates’ Court, where he stands accused of tripping and kicking a teenage girl in the stomach.

On the night that Gabriels and his team arrested and allegedly tortured Isaacs, Gabriels was on a “final written warning” for assault. Such warnings are not “punitive” sanctions within the police and are struck off an officer’s personnel file after six months. Still, if an officer commits a “similar act of misconduct” during the period that the warning is active, it should be taken into account as an aggravating factor in disciplinary proceedings.

Sitole confirmed that Adonis’s office did not investigate or act against Gabriels following Isaacs’s death in hospital. This meant Gabriels was not placed on suspension — a precautionary measure against further misconduct — or subjected to a disciplinary hearing. In September 2020, the police service transferred Gabriels to Lambert’s Bay.

Following the publication of Viewfinder’s article in December, community leaders in Lambert’s Bay reached out to allege that Gabriels had fallen into a pattern of assaulting people there too.

In January last year, Dawid Hendricks, a handyman with the Cederberg Municipality, accused Gabriels and a colleague of attacking him and his children at their home in Lambert’s Bay. Motivation for the alleged attack, says Hendricks, was that he had tried to drive to fetch his wife from a friend’s house after the curfew.

Hendricks reported that Gabriels choked and assaulted him. When his three children ran into the yard to protest against the assault, Gabriels’ colleague pepper sprayed them, he said. Ipid registered these complaints, but prosecutors eventually declined to take the cases forward in court. Hendricks, however, is appearing in court on charges of “obstructing” police duties and “assault”.

Viewfinder has also seen an affidavit by a police officer, a former colleague of Gabriels, which alleges that ill discipline, brutality and petty criminality has become routine at Lambert’s Bay police station. The officer, who has requested anonymity for fear of victimisation by the Lambert’s Bay SAPS, singled out Gabriels in his affidavit.

The officer said he blamed the Lambert’s Bay police station management for allowing discipline to deteriorate by not taking steps against officers implicated in crimes and misconduct. The allegation is similar to the one now being investigated against Athlone station commander Colonel Mark Adonis.

Last year, an investigative series by Viewfinder exposed that such scenarios were common and rooted in systemic failures within police oversight. Loopholes in police discipline regulations, for instance, allowed station commanders to protect their colleagues accused of violence from consequences for their actions. Often, this occurred in spite of watchdog findings against accused officers.

If police disciplinary proceedings find Adonis guilty of misconduct due to his inaction following Isaacs’s death, it would represent a “significant” intervention by SAPS senior management in the day-to-day functioning of discipline enforcement within the service, said Sean Tait, director of the African Policing Civilian Oversight Forum.

“It is unfortunate that SAPS management has to be put under significant pressure before intervening in situations like this,” he said.

“However, the problem… requires a systemic intervention from SAPS, the Ministry of Police and the Civilian Secretariat for Police to prevent the repetition of scenarios where officers are de facto shielded from proper discipline and sanction.”

In October last year, police management went some way towards acknowledging the systemic failings of its disciplinary system when it issued a circular calling out police commanders’ “inaction” in the face of serious misconduct allegations against officers under them. The circular warned police supervisors and commanders that this sort of “inaction” constituted a form of misconduct.

Since issuing the circular, the police’s Divisional Head for Human Resources Management, Lieutenant General Lineo Ntshiea, has not responded to Viewfinder’s queries about the police’s plans for enforcement.

The issue of poor disciplinary outcomes within the police was scrutinised in two dedicated sittings of Parliament’s Portfolio Committee on Policing last year (here and here). Ntshiea assured MPs that efforts were being made to improve the police’s disciplinary system. But follow-up Viewfinder queries to the SAPS requesting details and an update have consistently gone unanswered.

In October last year, the Civilian Secretariat for Police (CSP) responded to similar queries saying that it had conducted an “analysis” of police discipline regulations and “requested” police minister Bheki Cele to ensure that a review of the regulations was tabled at the police bargaining council.

Since then, the CSP has not responded to queries requesting further information on its “analysis” and “proposal” to the minister.

In January, queries were also submitted to police management, Lambert’s Bay SAPS, Adonis, Gabriels, the police ministry and the police’s bargaining council. None were responded to.

The Isaacs family, however, reported to Viewfinder that a police captain called at their house last week in apparent preparation for a disciplinary hearing against Gabriels and other Athlone officers accused of participating in the torture and killing of Adam Isaacs. DM