‘Leave now and leave with something,’ trucking grou... 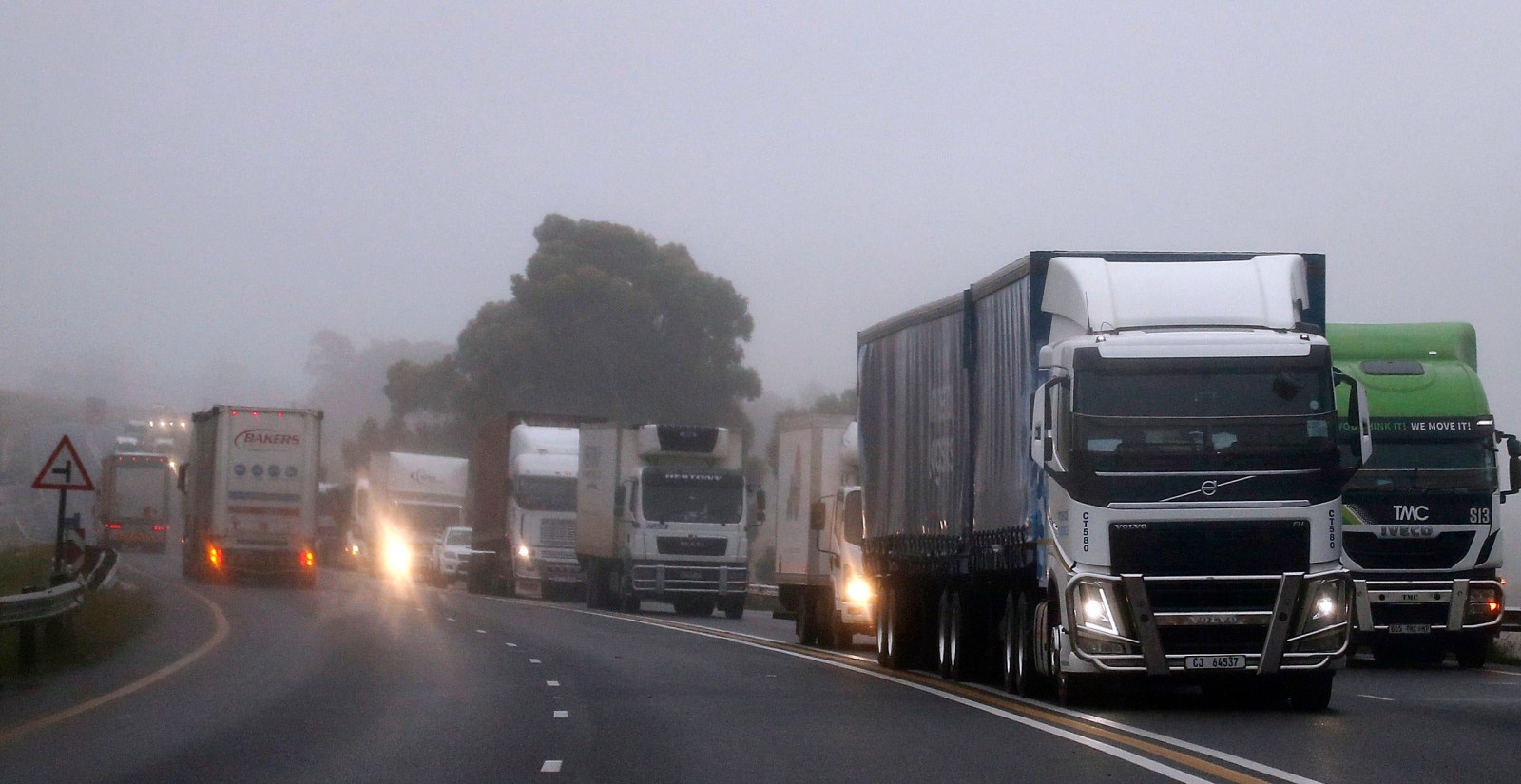 'Truck-driving jobs do not belong to foreigners because driving is not a scarce skill. They belong to South Africans,' insists Sifiso Nyathi, general secretary of the All Truck Drivers’ Foundation. (Photo: Felix Dlangamandla/Daily Maverick)

The All Truck Drivers’ Foundation has warned non-South African truck drivers to immediately get what they are owed from their employers. In that way, they won’t leave empty handed.

Protest action by the United Truck Drivers’ Association (UTDA) got under way on Monday and is expected to last for the rest of the week. It comes amid claims of intimidation and violence against foreign and, in some instances, South African drivers.

“We support their [foreign drivers] speaking out about their challenges,” said Sifiso Nyathi, general secretary of the All Truck Drivers’ Foundation (ATDF). “But those truck-driving jobs do not belong to them because driving is not a scarce skill. They belong to South Africans.”

Nyathi said his advice for foreign truck drivers was to engage their employers regarding what is owed to them to avoid leaving empty handed.

Speaking to Daily Maverick on Monday afternoon, Road Freight Association CEO Gavin Kelly said there were no major concerns during the first day of the stayaway.

“We have not received any reports of violence or serious disruptions to logistics, but let’s not jinx it,” he said.

Dozens of trucks have been looted and set alight and drivers injured in the past two years, with foreign drivers claiming they were being intimidated.

Many foreign truck drivers do not report the violence for various reasons. This emerged during an inquiry.

On 25 January, the Department of Employment and Labour acknowledged that illegal recruitment practices took place in the trucking industry. This has been at the centre of the feud between South African and foreign truck drivers, with many employers accused of exploiting cheap labour.

On 17 January, the UTDA outlined five reasons for embarking on the strike. It said civilians were stopping their drivers and demanding to see their documents. Trucks were burned and drivers abused by locals, even if their documents were valid.

The government has not made things any easier for the department’s inspectors, with just more than 1,000 inspectors expected to deal with two million companies. The department acknowledged that its inspectors are overwhelmed.

The department said it is currently reviewing the Immigration Act, the Citizenship Act and the Refugee Act “to ensure more alignment”.

Another measure the government is working on is for the Border Management Authority to regain control of the country’s borders.

The government is also working on its National Labour Migration Policy, but has not responded to queries about what to expect in the policy. In 2019, the department said a draft of the policy would be ready by March 2020.

Local drivers joining the stayaway want the government to deal with non-compliant truck companies who they said were hiring foreigners without the necessary documents.

“What I can say is that we support them for expressing their grievances. If they have tangible evidence of the accusations, they must take it to the police,” said Nyathi.

“We do not support the burning of trucks and destroying people’s documents. The police should step in where there is lawlessness.

“But I should warn them about their arrogance over what they see as their right to work in South Africa. Current labour laws do allow them to work here… but can’t they see the crisis of South Africans who are starving and jobless?

“The country is going down from poverty.” DM