A love letter to my friend, Miriam Mannak

A love letter to my friend, Miriam Mannak 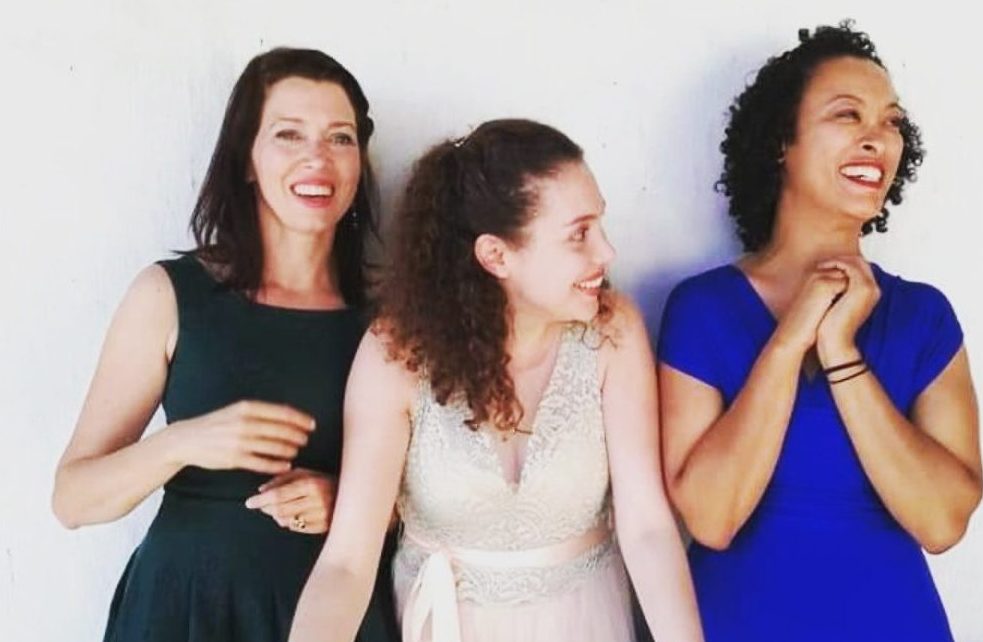 She was a fiercely doting daughter, a loving and beloved partner, an inspiring mother, a confidante, a naughty pal, a giggling co-conspirator, a fellow word-maker-upper for inside jokes, a foundation of a best friend — rolled into a single powerhouse, glinting and flashing so many beautifully contrasting colours, temperaments and feelings. At 44, she died of a brain tumour.

Miriam was passionate about helping others.

She would tremble, so deep was her disgust at any form of gender-based violence or at people blind to unjust situations, her voice often wavering when she discussed these problems.

She pushed for preserving and improving nature and, like the moon’s pull of the tides, fynbos and rocks pulled at her — especially on the mountains in and around the Western Cape which she hiked very (as in very) often.

Miriam was, after all, a force of nature.

Even the pace at which she lived seemed a little faster — some would say much more rushed and frenetic — than others.

Miriam was adamant if something had to be done, if someone needed to feel cared for, if she could help in any way, it must be done now. Right. Now.

There was no time to waste time.

If Miriam was a punctuation mark, she would have been an exclamation, several of them.

What’s the point of writing or reading this?

On 11 December 2021, Miriam left her beloved Cape Town to visit her cherished parents in the Netherlands, where her rich and vast roots extend to.

Miriam did a few walks with them, she jogged – which she enjoyed even more than usual because she’d recently been experiencing severe headaches and even been hospitalised in Cape Town, apparently due to a strain of flu.

About five days after her arrival in the Netherlands she heard devastating news — an employee (it must be pointed out, though, that this was not someone she ever called an employee but a dear soul to her who she always referred to by name and warmly) was gunned down in Cape Town.

A mother of two was killed.

Her anguish from across the world was palpable in her voice, which cracked, shattered and dissolved into tears.

She wanted to help the family and made this known to her friends and acquaintances via social media. When she was due to return to South Africa in the coming weeks, all hands would be needed on deck.

On 24 December 2021, about a week later, and barely two weeks after arriving in the Netherlands, Miriam died. Suddenly.

Now, if the name Miriam Mannak is at all familiar to you, this will not be too surprising. (If it doesn’t ring a bell, she’d probably be glad because hopefully, it means her work, as opposed to herself, was instead focused on.)

Her name has featured in many media publications over several years, in and beyond South Africa.

Miriam had thick, nourished and deep roots extending across several countries — she was born in the Netherlands, raised in Angola and Rwanda, and started living in South Africa in 2004.

She was a journalist based in Cape Town, living right beneath her familiar stomping ground of Table Mountain, and wrote for an array of media outlets.

Her website best details her work portfolio: “Since the start of my career in 2002, my byline has appeared in 120+ publications (magazines, newspapers, online platforms, press agencies, and internal publications) in South Africa, Europe, the US, Asia and the Middle East.

Here’s the thing, Miriam did not get by on just a byline.

Google her name and one of the news items that pops up is: “Two Cape Town hikers have raised R28,000 for Khayelitsha girls’ school while climbing two of Africa’s highest mountains!”

Miriam was, of course, one of the two hikers.

At the time, September 2018, she was quoted as saying: “No one is sponsoring us. We’re just doing this because we a) love hiking and b) believe in what Molo Mhlaba is doing: providing safe, quality, affordable education in the community. Why should children have to travel dozens of kilometres to wealthy suburbs to access good education?”

“I decided to hike Mt Kenya because my hiking group was hit by a horrific mountain accident in May this year [2018], on Mother’s Day.

“We lost one friend (Jennifer) and one friend (Johan) was seriously injured. It’s been a very very long road to emotional recovery, and I felt I needed to hike a ‘real’ mountain to close this chapter.”

Miriam transformed her grief at the loss of a loved one into an act that would help others.

It’s just more than a month after her breathtakingly sudden death and many of us across the world are grappling with how to wake up and be, knowing it’s a day further away from when Miriam, our Miriam, was last physically present with us.

As swathes of truck tyre-thick shock start wearing off, the treading giving way to the scraping grit of reality; it’s tough.

The world has moved on. South Africa, Miriam’s home away from home, has freefallen further — Archbishop Emeritus Desmond Tutu has died, Parliament has burned, policing is in an ever-heaving crisis leaving gaping holes for crime to slither through.

For some of us, cutting through all these reality-news events churning out of mainly Cape Town and which Miriam herself would likely have reported on, it is Miriam’s death that still teeters on the unbelievable.

The speed at which Miriam moved, now in retrospect, makes much more sense.

On her Facebook profile, she stated: “Time is a precious, non-renewable resource. Don’t waste it: Climb that mountain!”

She had a job to do. She did it. She had a life to live. She lived it!

As a journalist, Miriam was not into self-promotion unless it involved promoting others or a cause.

Her job title enveloped her broader person. She was so many amazing souls — that of a fiercely doting daughter, a loving and beloved partner, an inspiring mother, a confidante, a naughty pal, a giggling co-conspirator, a fellow word-maker-upper for inside jokes, a foundation of a best friend — rolled into a single powerhouse, glinting and flashing so many beautifully contrasting colours, temperaments and feelings.

This is not to romanticise Miriam; she would not be okay with that.

She was human, she had faults, flaws, and tendencies that could brush up against others. But she was a good human, or, more importantly, she consistently tried to be.

So here we are.

As words have tossed back and forth, and tumbled and fumbled around from mind to page, finally and hopefully settling into coherence, Miriam’s core message becomes clearer — navigate your life to try and help others.

For those who didn’t know Miriam, may her journey inspire you as she would have wanted.

Friend, we won’t forget. We can’t. You’re our force of nature and for you, we’ll push on as we navigate the mountains. DM/ML