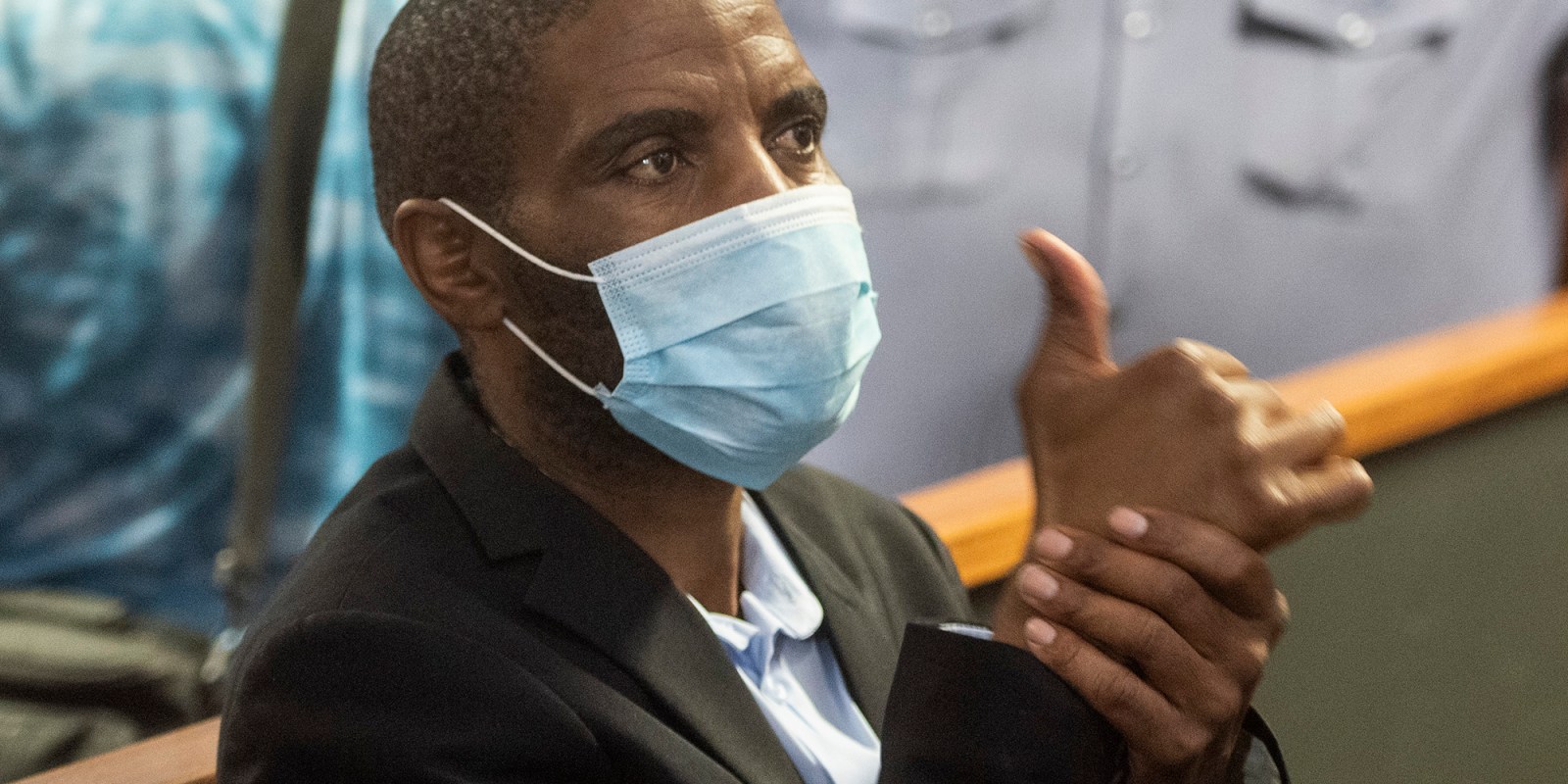 If the alleged Parliament arsonist is thinking of turning his hearing into a ‘political trial’ it will be interesting to see who rushes to claim him as a ‘people’s hero’. Will it be the FF+? Will it be a loose RET brigand? Or will it be no one at all?

Zandile Mafe, the man who first allegedly confessed to and has now denied that he set several blazes which gutted the Parliament buildings on 3 January, is, not surprisingly, haunted by many pre- and post-apartheid South African ghosts.

President Cyril Ramaphosa, who is not yet a ghost, also featured in two demands by Mafe: that the President resign and that he cancel the 10 February “State of Nonsense Address”, as Mafe termed it.

Terre’Blanche, Mafe (49) said during the tortuous bail hearing, had actually been “a friend”.

Parliament’s alleged arsonist also informed the court that he had, in fact, visited the militant, racist leader in Ventersdorp, North West – clearly, before Terre’Blanche’s gruesome murder in 2010.

Apart from this unusual crossing of paths, Mafe’s demands that Walus be released (scribbled – claims the State – in a note left in the Bellville library!) and that a universal R1,500 grant be given to the poor, could only have been cooked in the cauldron of hundreds of years of South African politics and history and now served as a flambéed dish in the 21st century.

Mafe told the court on Saturday that should he be granted bail he would be expecting handouts from political parties and members of the public who supported him because they had seen him on TV.

He also demanded a “government grant” because, he said, it was unlikely that anyone would want to employ him now that he had been charged with terrorism and was so “well known”.

Apart from this unusual crossing of paths, Mafe’s demands that Janusz Walus be released (scribbled – claims the State – in a note left in the Bellville library!) and that a universal R1,500 grant be given to the poor, could only have been cooked in the cauldron of hundreds of years of South African politics and history now served as a flambéed dish in the 21st century.

Mafe and his legal representative, advocate Dali Mpofu, insisted that Mafe was completely sane, utterly compos mentis and that his stutter, which slowed down proceedings on Saturday as an interpreter translated back and forth, was no indication of “mental illness”.

Mafe promised the court that he would not attempt to evade the charges – which, incidentally, carry a life sentence – should he be granted bail. Were he freed, said Mafe, he would like to be left alone at home to watch DStv while well-wishers delivered sustenance to his door for free.

When asked by prosecutor Mervyn Menigo which specific political parties had offered to support him financially, Mafe at first said the EFF+, much to the mirth of the EFF’s legal pin-up, Mpofu.

Mafe quickly corrected himself, saying it was actually the Freedom Front Plus who would be rushing to support him but he was, at that moment, unable to provide any contacts or names in the party of volunteers who had pushed through the madding crowd (the EFF got there first) to support him through his “ordeal”.

Born in 1972 in Mahikeng (renamed Mafikeng in 1885 and back again in 2012 to its original geographical nomenclature) in North West, Mafe told the court that after matric he had made the 260km journey to Johannesburg by train to look for work.

When none was to be found, he became a migrant job seeker/worker moving between Pretoria, Pietermaritzburg and Gqeberha, like so many millions of the poor and economically marginalised of South Africa.

Eventually, a job was to be had at a bakery in Cape Town.

Mafe, on Saturday, painted his life’s arduous trek in broad strokes, much to the frustration of Menigo, who was keen to get down to actual details and facts.

However, Mafe consistently refused to reply to even the simplest of Menigo’s questions, saying he would answer these during his trial, creating grand expectations all round.

If Mafe is thinking of turning his hearing into a “political trial” it will be interesting to see who rushes to claim him as a “people’s hero”.

Will it be the FF+? Will it be a loose RET brigand? Or will it be no one at all?

Also inexplicable on Saturday was Mafe’s decision to plead not guilty after first admitting to setting the blaze.

Was this another legal curveball in the making?

And while evidence will later be led by the investigating officer that when shown a video of the fire, Mafe had slapped his chest with pride while yelling, “That was Christmas”, Mafe said he would be pleading not guilty.

In the air on Saturday was the faint aroma of a political patsy being baked, but maybe it was just a whiff carried from elsewhere on the strong southeaster which plagued the peninsula.

Mafe told the court that his job at the bakery in Cape Town came to an end in February 2018 and that since then he had earned between R800 and R900 a month helping people to carry groceries outside supermarkets.

A good month, he said, would see R1,000 in hand, enough for the R450 rent for his shack in Khayelitsha and R100 for his DStv subscription. For that price Mafe can access 66 channels.

Whatever money was left over, he told the court, was used to buy rice, flour and tea.

He said that getting from Khayelitsha to Cape Town’s city centre cost about R21 and that he often slept on the streets when he could not raise the fare home. Every now and again, Mafe told the court, he would check on his shack in Site B and its contents: a fridge, a queen-sized bed and his TV.

Mafe said he received free electricity from the state.

At Saturday’s bail hearing Mafe seemed completely unfazed that he had been accused of setting Parliament alight, refusing time and again to engage with issues material to the case.

The bail hearing was postponed to 4 February. Mafe remains at Pollsmoor Prison after an order for 30 days’ observation at a psychiatric facility was overturned as irregular. DM