So long, Eagles and Elephants: Shock exit for giants of Afcon before quarterfinals 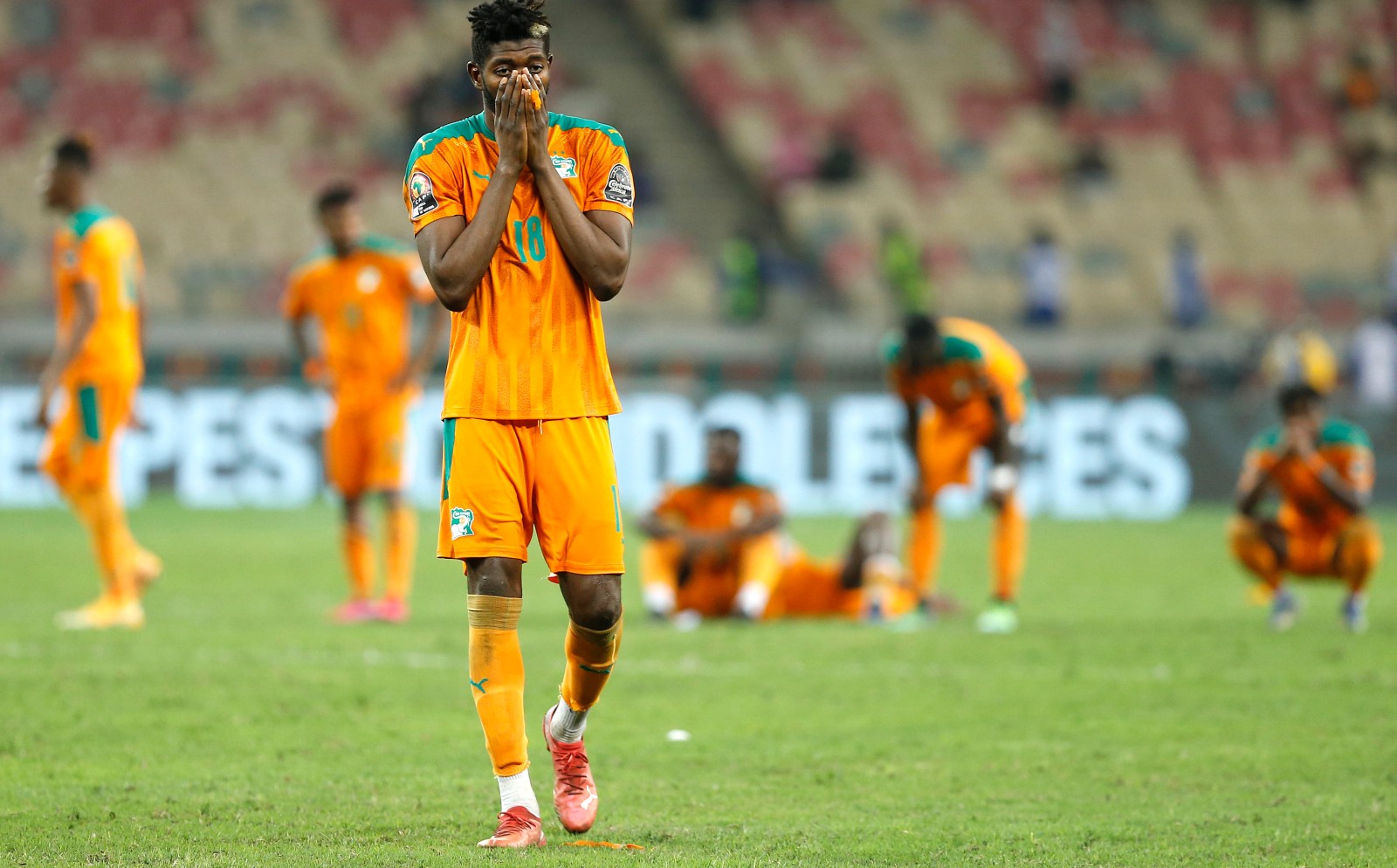 Ibrahim Sangaré of Ivory Coast reacts after his side lost to Egypt on penalties in their 2021 Africa Cup of Nations last-16 match at Japoma Stadium in Douala, Cameroon on 26 January 2022. (Photoi: ©Alain Guy Suffo/BackpagePix)

Nigeria and Ivory Coast were two of the most notable casualties in the Africa Cup of Nations round of 16.

Though overshadowed by the death of eight spectators in a stampede as they tried to access the game between hosts Cameroon and Comoros, Afcon’s round of 16 provided entertaining football – with some of the favourites to lift the trophy being dumped out.

Nigeria and Ivory Coast were the headliners from this round’s list of upsets, and a strong Mali side were also ousted in the opening stage of the knockouts. Guinea, Comoros, Cape Verde, Gabon and Malawi also packed their bags.

The Super Eagles of Nigeria will be the most disappointed with their exit after a blistering start in the group stage, when they recorded a perfect win record before coming unstuck against Tunisia in the last 16.

The Tunisians had made it through to the knockouts by the skin of their teeth, as one of the four best third-place finishers alongside Comoros, Malawi and Cape Verde.

As such, the Nigerians would have backed themselves to ease past the Eagles of Carthage, especially as the North Africans had also been affected by a Covid-19 outbreak in their camp in the lead-up to the game, and were missing a host of players for the clash as a result.

However, a strike from veteran winger Youssef Msakni ensured safe passage into the quarterfinals for Tunisia, breaking Nigerian hearts in the process.

The Eagles of Carthage will face Burkina Faso in the last eight.

The Stallions booked their spot after beating Gabon 7-6 on penalties.

Ivory Coast will also be licking their wounds after being knocked out on penalties by Egypt. One of the two giants of African football, the Ivorians had headed into the fixture as slight favourites following some fine displays in the group phase.

Egypt, though, should never be counted out. The seven-time champions came out on top during the lottery of the penalty shootout, triumphing 5-4 after the goalkeepers of both teams put on fine individual displays to ensure the scores remained at nil-all.

Egypt lost goalkeeper Mohamed El Shenawy to injury late in the game, with Mohamed Daader replacing him for extra time, before going on to be a penalty hero by saving Eric Bailly’s spot kick.

In the last eight, the Egyptians will square off against Morocco in what is poised to be a scintillating North African derby. The Atlas Lions of Morocco went through after fighting back from a goal down to beat Malawi 2-1.

“It was not an easy game. When we conceded the goal, it made my team react and it was very complex. In the second half we… managed to organise ourselves and take control of the game,” said Morocco coach Vahid Halilhodžić after his side’s victory.

Hosts Cameroon will come up against Gambia, who beat Guinea 1-0 to secure their place in the quarterfinals of their maiden Afcon appearance.

The Cameroonians beat Comoros 2-1. This after the Coelacanths were forced to play with their left-back Chaker Alhadhur in goal for the entire match, since both their fit goalkeepers in the tournament were ruled out owing to Covid-19.

Senegal, who are yet to fire fully in the competition, are also through and will face Equatorial Guinea. The former defeated Cape Verde 2-0, and the latter eliminated Mali in a penalty shootout. DM168