Humility and a tucked-in shirt: How Sundowns star Peter Shalulile is leaving an indelible mark on and off the pitch 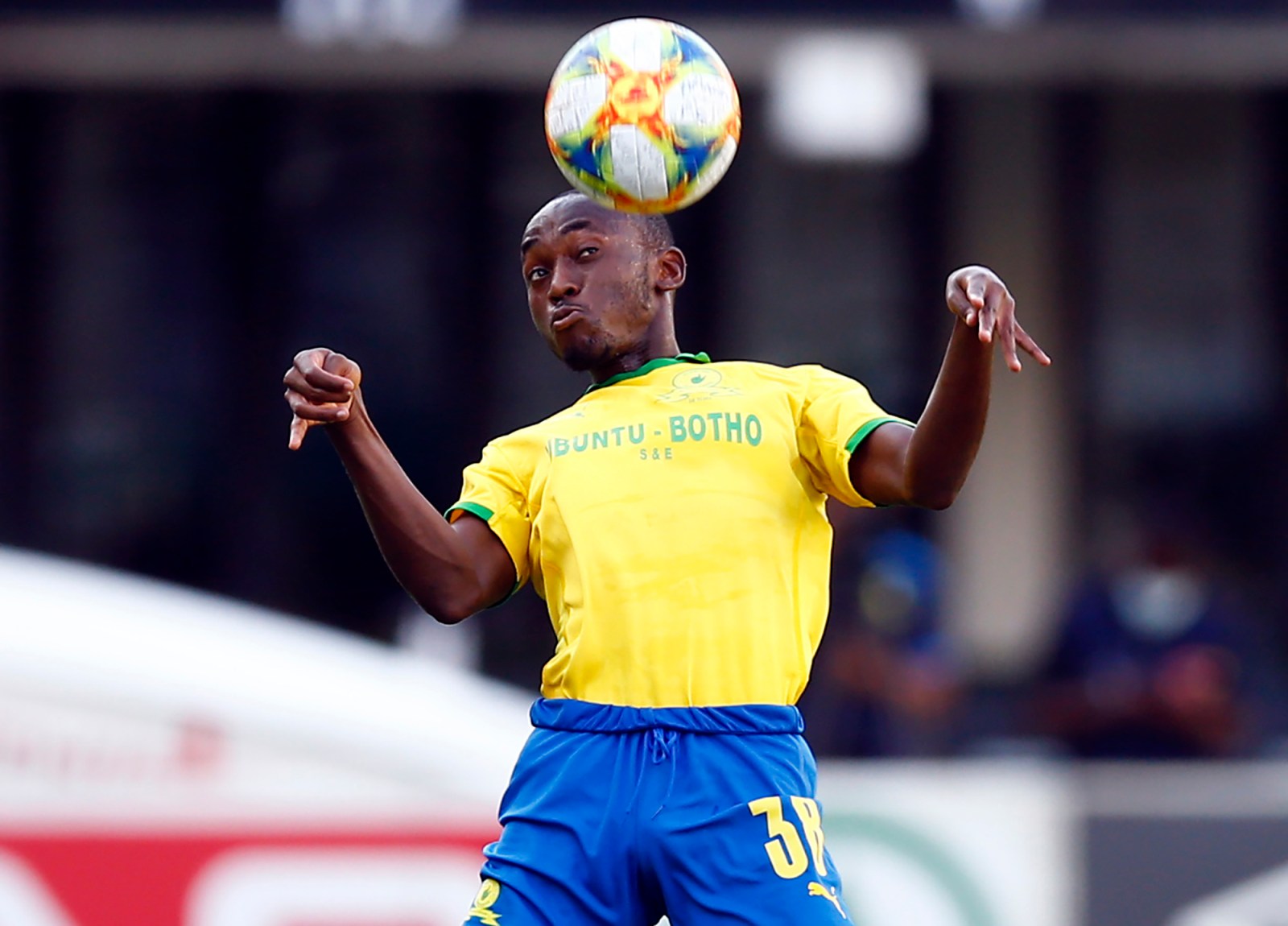 Known for his trademark tucked-in shirt and lethal finishing, Mamelodi Sundowns striker Peter Shalulile shared some of the secrets behind his great success.

It is another accomplishment that the dangerous marksman has added to his impressive list of achievements since arriving in South Africa in 2015 from Tura Magic – a club in his native Namibia – to sign for the now defunct Highlands Park. The striker says that growing up he followed South African football religiously, looking up to Mugeyi and former Kaizer Chiefs sharpshooter Collins Mbesuma.

He stayed at Highlands for five years, scoring 29 goals from 85 matches, including during the 2019/20 campaign when he finished as joint top scorer alongside Orlando Pirates’ Gabadinho Mhango – with 16 goals. His performances during that campaign made South Africa’s big-name clubs take notice of him.

He eventually ended up at Sundowns’ Chloorkop, where he has since established himself not only as a key player for Masandawana, but also as a firm fan favourite – even adored by supporters of opposition teams. At the end of the 2020/21 campaign, the Namibian international walked away with top honours at the Premier Soccer League (PSL) awards, scooping the player of the season as well as the players’ player of the season awards. This came after finishing with 15 goals and six assists in the league.

Despite his achievements and rise to stardom, Shalulile lives a modest life off the pitch, choosing to focus on strengthening his faith and not being pulled in by the temptations of fame, to which some athletes have  succumbed.

“It’s all about being humble. Because this life… we will leave it one day. You came with nothing and you will go with nothing. So, stay humble. It’s the least that you can do,” the forward told DM168.

So far in the 2021/22 season, the player has netted 13 goals while providing five assists for his teammates.

His current haul means that he needs to double his goal tally from Masandawana’s remaining 11 games if he is to usurp Mbesuma’s record of 25 league goals in a single Premiership season.

However, Shalulile, a true team player, says the record is not at the forefront of his mind. Although it does linger there.

“It’s the team first, then us [as individual players]. The team must do well and win each and every game,” said Shalulile.

“But I still believe that it’s possible for me to score more goals. I give glory to God and I ask for more protection from injuries to keep on going.”

Working on his craft

Since winning that top goal-scorer award, Shalulile has been a personification of consistency. He pins it down to going the extra mile to hone his craft.

This includes extra hours of training and working on his conditioning. The fact that he is hardly ever injured, despite being one of the first names on the Sundowns team sheet for almost every game, is proof of just how much time the soft-spoken player invests in improving himself.

“Even the best in the world, Cristiano [Ronaldo], at his age, he does extra. It’s not easy to be consistent, but it’s all about the mindset. You give it your best, you don’t think about yourself, but the team. You make sure you work for the club that you are signed to. What the coaches ask you to do, you do it. The rest will fall into place,” said the man affectionately known as Sha-Sha.

Over and above his humble outlook on life and being on course to being one of the most dangerous forwards yet to ply their trade in the PSL, Shalulile is known around the league for his trademark tucked-in shirt, which he says is a sign of respect.

“You have to be neat, or should I say professional, on and off the pitch. One of the greatest players, Andrea Pirlo, once said that, to be representative of a club, you must make sure you [always] tuck in,” shared Shalulile.

“With that you make sure you respect the club and the badge. Not to say others don’t respect. But that’s how I was brought up, to respect what I am wearing.”

With the depth in quality and competition for places at Masandawana, some new signings struggle to make an impact immediately, if at all. Shalulile was one of the exceptions.

Before the start of this season, the reigning South African champions once again bolstered their ranks to compete effectively on all fronts, including in the CAF Champions League.

One of those new additions, Neo Maema, has hit the ground running. Moreover, Maema has taken a particular liking to Shalulile on the field. All five of the former Bloemfontein Celtic man’s league assists have fallen at the feet of Shalulile.

The striker is grateful for his new teammate, having also enjoyed a similar relationship with the likes of the talismanic Themba Zwane and Gaston Sirino when he first arrived.

“It has been a tough season so far with all the new players coming in. We all have a connection, but with Maema specifically it’s just something we worked on at training,” said Shalulile.

“I tell him, whenever you get the ball on your left foot or right foot, I will [make a run into space], it’s more about knowing where we are on the pitch. He’s really good at finding players in the box. He is tops.”

If he is indeed to come close to that elusive Mbesuma record, after matching Mugeyi, Shalulile will hope that he and Maema’s partnership continues to blossom.

Barring injuries, he is on course to become the first player in the league to score 20 league goals since the iconic Siyabonga Nomvethe achieved the feat during the 2011/12 season. DM168