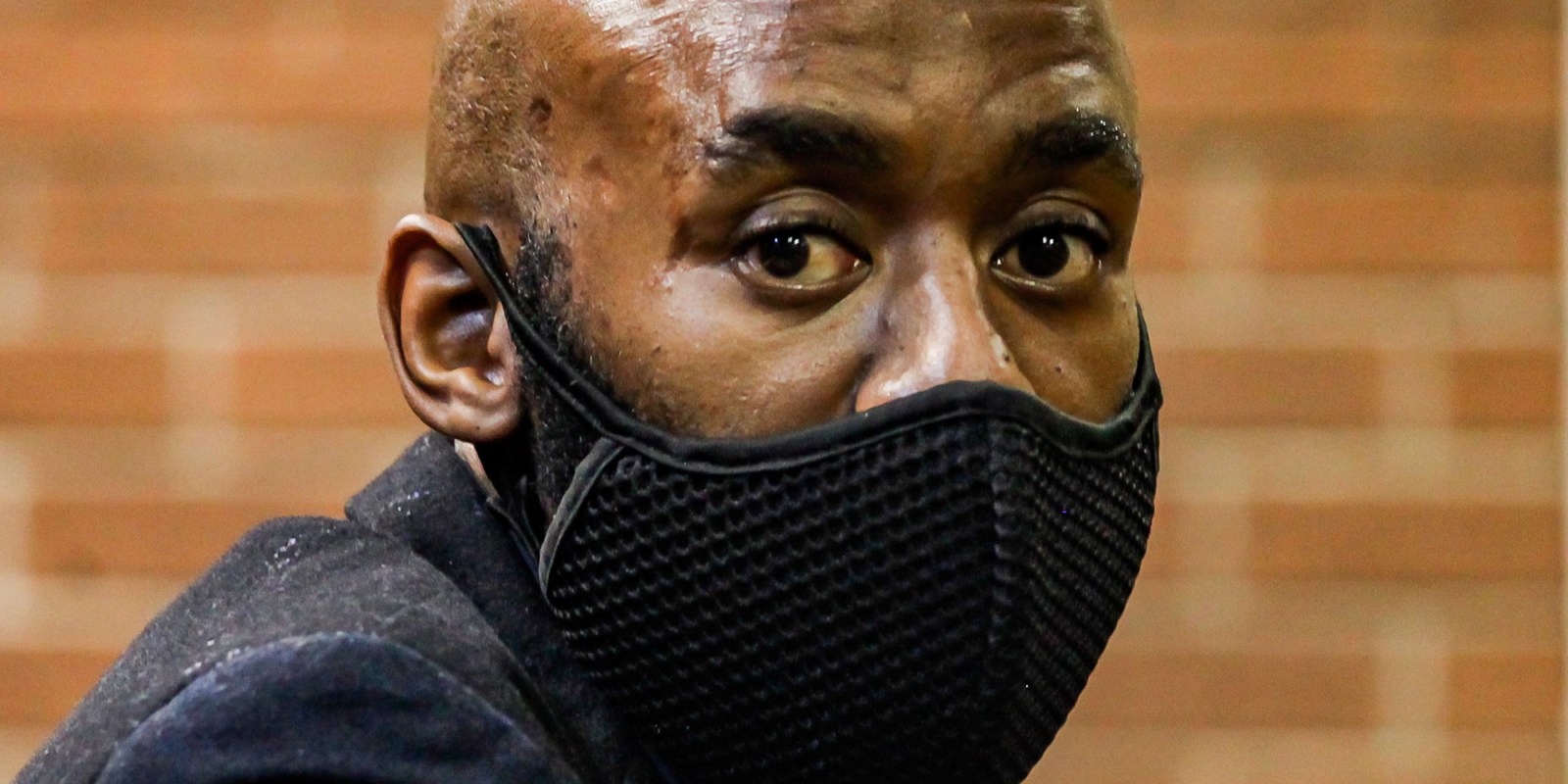 Ntuthuko Shoba appears at the Roodepoort Magistrateís Court on May 18, 2021 in Roodepoort, South Africa. It is reported that Shoba was finally indicted and his trial has been set for May 28 at the South Gauteng High Court . The accused is the alleged mastermind behind the murder of his former girlfriend Tshegofatso Pule. (Photo: Gallo Images/Sharon Seretlo)

The last few days of the Tshegofasto Pule murder trial has seen her killer, Muzikayise Malephane, detail the plan and execution of the murder. Pule, then 28, was killed on 4 June 2020, a killing Malephane has told the court was masterminded by Pule’s boyfriend, Ntuthuko Shoba.

Shoba is currently on trial for the murder at the Johannesburg High Court while Malephane is currently serving a 20-year jail term after he pleaded guilty to the murder and turned state witness.

Shoba has pleaded not guilty to murder, conspiracy to commit murder and defeating the ends of justice. Shoba was arrested in February after Malephane implicated him in the murder.

Malephane narrated to the court the events which preceded the killing. He told the court that he implicated Shoba after he learnt that Shoba had given the police CCTV footage from his complex, where he had picked up Pule before murdering her. Malephane has testified that picking Pule up at Shoba’s residence in Florida, Johannesburg was part of the plan.

Norman Makhubela, Shoba’s lawyer, had earlier told the court that Shoba pointed police to the CCTV footage showing Pule leaving his house in a Jeep.

Malephane said this conduct by Shoba angered him so much that he wanted to spill the beans so that Pule’s family knew what had happened. He insisted his plea bargain statement was truthful.

Describing what happened on the day, Malephane said he was “sitting in my house drinking with my friends and waiting for Shoba to call me and give me the green light to come and pick up Miss Pule. When he called I left for his place in Florida. We kept calling one another but there seemed to be network issues.

“When I finally got hold of him he said he was on his way out and that I should wait at the gate of the complex. It was after 8pm but before 9pm. I was driving my girlfriend’s silver grey jeep. There was a prior agreement with Shoba that I would use the Jeep. This was to create the impression that Pule had requested an uber from the house,” he said.

Makhubela asked Malephane if Pule was not surprised that instead of being taken home to Meadowlands, he was heading towards Noordgesig.

“She was surprised. She even asked me why I was not taking her home and I told her that there was something that I had to drop off,” Malephane said.

Malephane said he headed to Noordgesig and upon arrival parked in an open veld next to a juvenile facility.

“I parked the car aside and got out. I had a firearm in my hand and I opened the door on Miss Pule’s side. I grabbed her by her hand, and told her to get out of the car.

“I then shot her,” said Malephane.

“After shooting her, I picked her up, put her back in the car – in the back seat,” he said.

At this point, some of Pule’s relatives wept uncontrollably and left the courtroom. But it was Malephane’s nonchalance that stood out. He narrated the gruesome killing in a calm, unemotional tone.

“The plan did not change because after shooting her I headed to Durban Deep where I hung her,’’ he said.

Pule, who was heavily pregnant at the time, was discovered in Durban Deep hanging from a tree.

“You do confirm that this is where the hanging took place and that you left her there?” prosecutor Faghre Mohammed asked Malephane.

Mohammed also wanted to know what happened to Pule’s phone.

“I don’t know. It could have dropped when I shot her in Noordgesig or maybe someone picked it up in Durban Deep,” said Malephane.

He said he phoned Shoba after the murder but Shoba did not pick up. Malephane said Shoba then phoned him moments later and asked if the job was done. “I said yes,” said Malephane.

He told the court that the disappearance of the phone made Shoba very uneasy. “He asked me again and again about the phone.”

Malephane said he met Shoba at a Cashbuild in Meadowlands and Shoba said he was still making arrangements for his payment. He said this was the last time they spoke before he (Malephane) was arrested on 15 June, 11 days after the murder.

Earlier, Malephane offered a motive for the murder, saying Shoba had told him his wife was to receive a lump sum, and that if she learnt about Pule’s pregnancy, he stood to lose both his wife and the money.

Shoba denied this. Makhubela disputed Malephane’s claim and said WhatsApp messages to the couple before court showed that they supported one another during the pregnancy.

Pule’s uncle, Tumisang Katake, told Daily Maverick on 27 January that the family was struggling to come to terms with the murder. He said they still didn’t understand why Shoba would kill their daughter.

“He could have simply denied paternity,” he said.