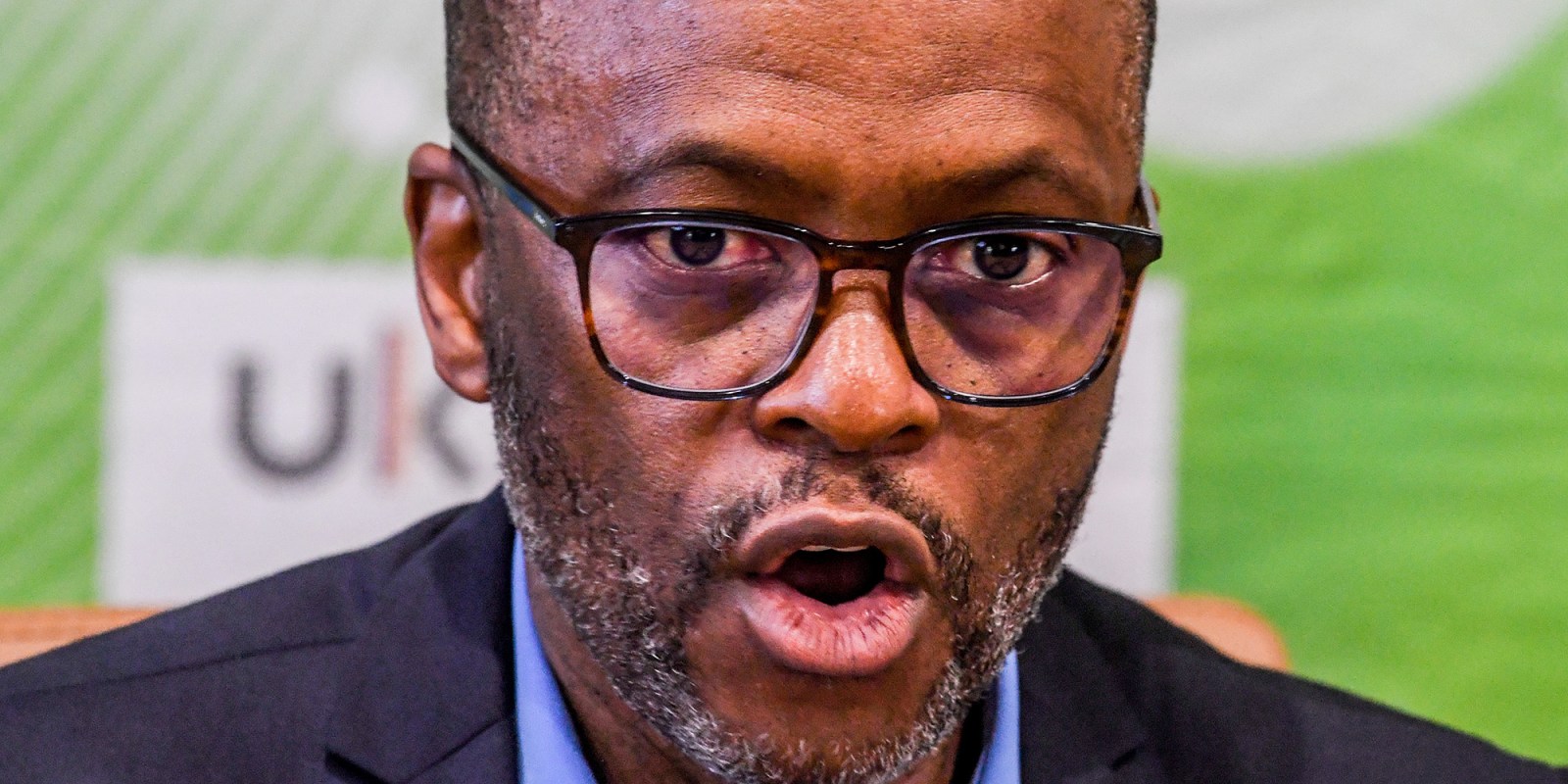 Sandile Zungu, owner of AmaZulu FC, will contest for the position of ANC chairperson in KwaZulu-Natal. (Photo: Sydney Seshibedi/Gallo Images)

Sandile Zungu, businessman and football club owner, has put up his hand to contest for the position of ANC KwaZulu-Natal chairperson. But analysts say he would be better off starting his own party.

There was a dramatic twist in KwaZulu-Natal politics again this week when it emerged that Sandile Zungu, the billionaire business mogul and owner of Premier Soccer League side Amazulu FC, will contest for the position of ANC KZN chairperson.

As it stands, once formally nominated, he will go up against KZN premier Sihle Zikalala and KZN finance MEC Nomusa Dube-Ncube for the position.

Zungu is also the chairperson of Black Business Council, an independent, membership-based organisation representing professional and business associations. It is arguably one of the most influential business formations in the country.

Zungu said he had been approached by some leaders and structures within the ruling party in the province – whom he declined to name until the formal nomination process had begun – to help reverse the waning fortunes of the ANC in KZN.

The ANC in the province is deeply divided and factionalised. The electoral fortunes of the ruling party there have been on the decline while those of its bitter rivals are on the rise. The IFP, the ANC’s political foe, has had an electoral resurgence and has won many municipalities from the ANC  in the recent local government poll.

Since its success in the 1 November local government elections, the IFP fancies its chances of governing KZN with the help of the DA, the EFF and smaller parties after the 2024 general elections.

Given these and other dynamics, it is still early to predict how Zungu’s challenge will fare. But analysts say that, as an outsider, he will face an uphill battle to dislodge traditional politicians with strong and long-standing constituencies and supporting factions operating within the ruling party.

Speaking to Daily Maverick, Zungu said he had “been approached by some leaders within the party and others who have resigned. I then started a process of consultation with various constituencies as ANC structures, office bearers of the ANC, alliances, friends and business colleagues and other people, and once these processes have been completed, we will announce (my candidacy).”

Asked whether those who approached him include former president Jacob Zuma or former health minister Zweli Mkhize, he said: “Although I don’t want to name people, I have been approached by people like those and others in ANC structures.”

He said he agreed to consider standing as a candidate if his campaign was based on values he holds dear. “I will not want to stand if my campaign will be fuelled by one faction against the other.

“I have been a member of the ANC for many years and that membership has not been interrupted. Not only a member, I have been serving as an office bearer in Mabhida ANC branch (Umlazi township) and also in the Rivonia Hills (Johannesburg) ANC branch.”

Zungu said he will not enter the race with an eye on winning the KZN premiership.

“If you are a chairperson of the ANC in KZN it is not a foregone conclusion that you will become the KZN premier. So I don’t have my eyes fixed on the KZN premiership. I also know that unless dramatic changes happen within the ANC, it will lose KZN in the 2024 general elections.”

Zungu said that, as someone who had been operating in the business side of the Struggle, he felt duty bound to enter the political arena to arrest the decline of the ruling party and the fortunes of South Africa as a country.

“I believe in the ANC. But, like all the people who like the ANC, I am very disappointed in the ANC. Corruption has been deeply entrenched within the party. But I see my involvement in the ANC as what I would call an existential necessity for our nation state. If the ANC fails, the stability of our nation state as we know it today, will be in doubt.

“My view is that people like us, who have pedigrees, who have experience in other sites of the Struggle like business, need to consider whether we should stand by and watch as our nation unravels, or should we consider getting involved at various levels. So for me, the province of KwaZulu-Natal is an important constituent of our nation state, so I see myself as having a role to play to change things in the ANC.”

Zungu has been involved in a bitter public spat with businessman Sipho Pityana, who penned an explosive open letter accusing Zungu of playing a role in enabling State Capture during the Zuma presidency and of once being a Gupta lackey.

Zungu said he responded to Pityana and still maintains that he has never been a Zuma or Gupta lackey and has not done any business with the controversial family or their associates.

“I have been insulted and called names in the past… I have been called lackeys. But let me tell you, I have never been anybody’s lackey. I walk forward with a great deal of confidence. I know what I have achieved and I know where I have failed. I have never had any business relationship with the Guptas,” he said, adding that he had not unduly benefited from the Guptas or from the state during the Zuma presidency.

He said he began to know former president Zuma in the 1990s when the latter returned from exile and since then “I have enjoyed a cordial relationship with him”. He said he has also worked with President Cyril Ramaphosa in the past, particularly during the days when Ramaphosa was at the helm of the then BEE giant New Africa Investment Ltd (Nail).

“I even worked with former president Thabo Mbeki. This was when I was appointed the chairperson of Denel (the state-owned arms manufacturer) board where I was the youngest ever head of the parastatal. I have cordial relationships with all of them, the former presidents and the current president,” he said.

Zungu said the South African economy has been resilient but is failing to create jobs, while many young people “who have nothing to lose” are restless and could put the stability of the country in jeopardy.

He would bring about a new culture that was not about “winner-takes-all” and the politics of “crushing your opponent at all costs”.

His aim would be to reverse the fortunes of the ruling party so that it can regain people’s trust. “We need to bring in new faces, new ways of doing things. Otherwise, the ANC will continue to lose the support of the people.”

Xolani Dube, an independent political analyst based in Durban, said Zungu is likely to come unstuck from his latest adventure and political sojourn.

“He is a successful businessman, with a track record, and now he is involving himself in the ANC fights. Firstly, he will not be able to fight dirty internal ANC politics because he does not have the constituency. Secondly, even if he were to win, the ANC has been losing so much support in KZN that it is unlikely to retain the province after the 2024 general elections. The IFP is likely to emerge as the leader of a coalition government with the help of the DA and the EFF.

“If Zungu was really serious about making an impact on people’s lives, he could have done exactly what (ActionSA founder Herman) Mashaba did by starting his own political platform, outside of the ANC. That way many people would have trusted him because he would be bringing a fresh perspective, new ideas into our body politic. This thing of joining through the ANC bandwagon will not work for Zungu and it will ruin his reputation and track record. The ANC has its own baggage and Zungu will tarnish his own image by getting into this fight,” Dube said. DM