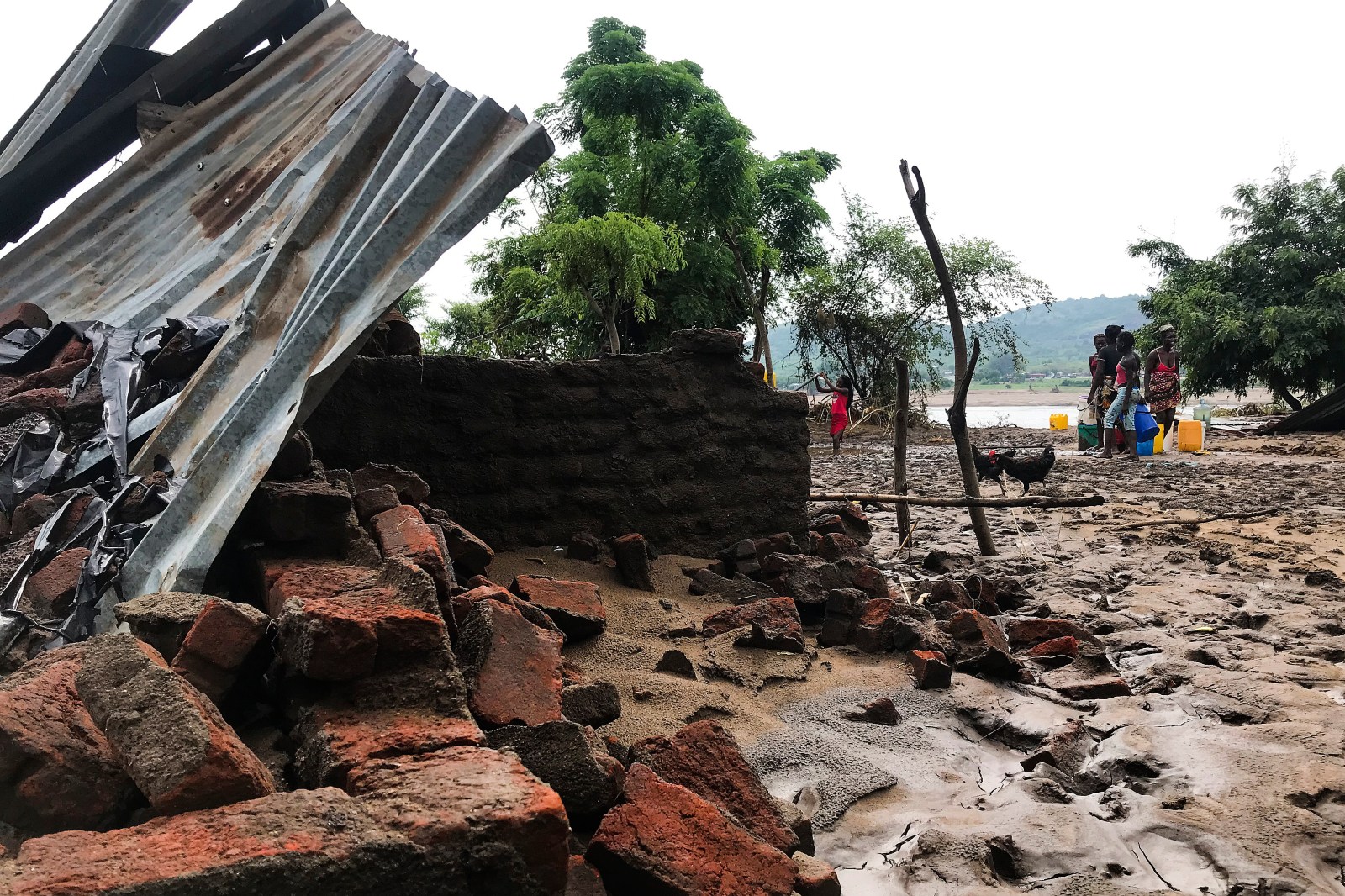 epa09711836 A view on destroyed house after Tropical Storm Ana hit the district of Tete, Mozambique, 27 January 2022. The number of deaths caused by Tropical Storm Ana in Mozambique has risen to 20 people according to data from local authorities and civil protection, and the population lives in a trail of destruction. The storm hit the country directly between Monday and Wednesday, but despite having already weakened and moved on to other countries (Zimbabwe and Zambia), the heavy rains have fed the flow of all rivers in central and northern Mozambique, which continue to cause flooding. EPA-EFE/ANDRE CATUEIRA

Storm Ana passed over Madagascar on Jan. 22, adding to days of already intense rainfall. The country declared a state of disaster on Thursday night, reporting a rise in the death toll from Ana to 48, with people killed by landslides and collapsing buildings or washed away.

Ana then made landfall in Mozambique on Jan. 24, where 18 have been reported dead, before moving inland to Malawi, where it triggered massive power cuts. Malawi’s death toll rose to 20 on Thursday.

Across all three nations, Ana has affected hundreds of thousands of people and lead to widespread flooding and destruction, according to the United Nations.

“This latest storm…is a blunt reminder that the climate crisis is very much a reality,” said Maria Luisa Fornara, UNICEF Representative in Mozambique.

The region has been repeatedly struck by severe storms and cyclones in recent years, destroying homes, infrastructure and crops and displacing large numbers of people.

Meteo France on Friday described Batsirai as a small system that presented no immediate threat to a group of islands to the east of Madagascar, including the French territory of Reunion, because it was still days away.

However, it said the evolution of Batsirai’s intensity and trajectory remained uncertain. Mozambique’s National Institute of Meteorology warned Batsirai still had the potential to evolve into a severe tropical storm.