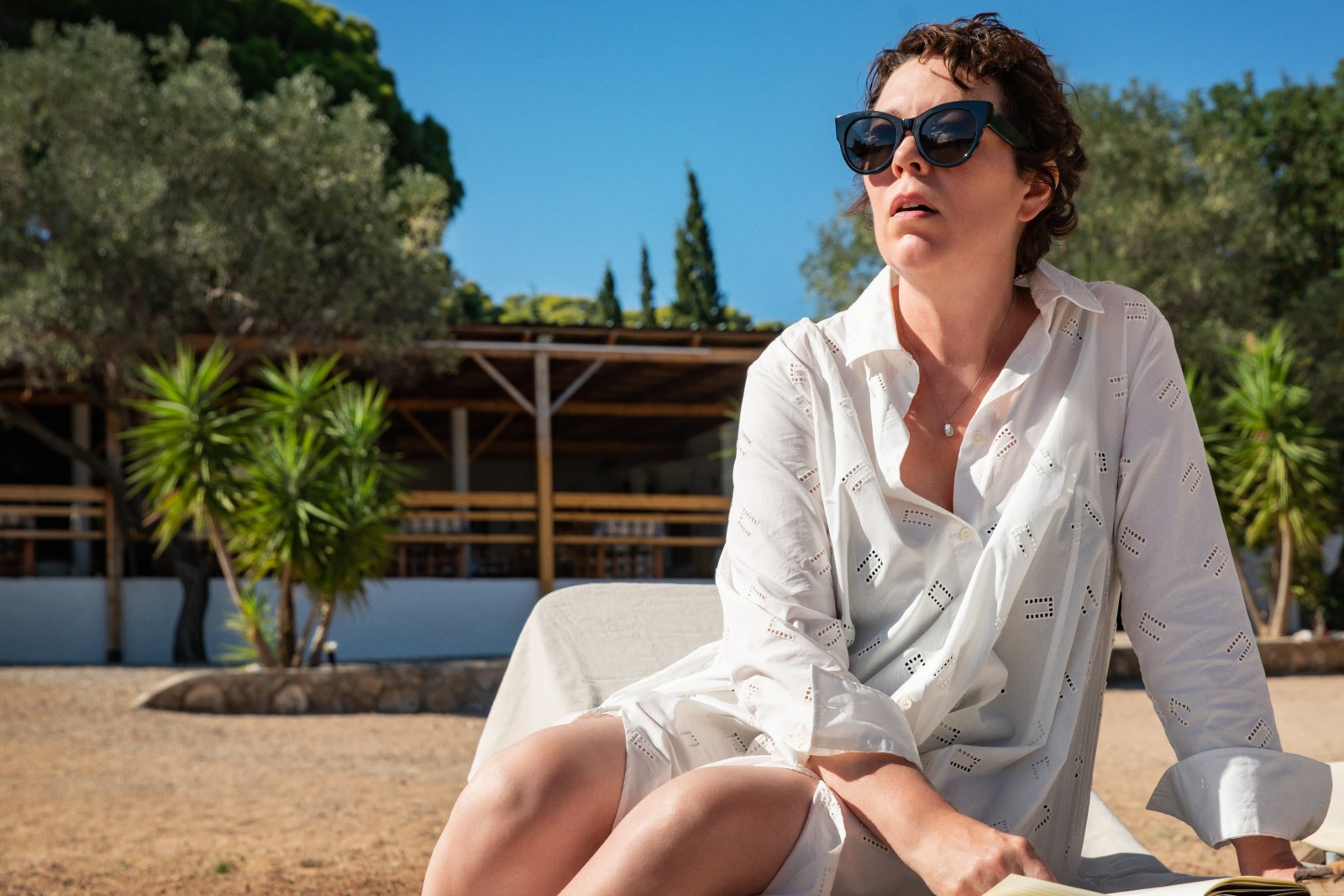 Maggie Gyllenhaal’s The Lost Daughter is a cerebral psychological drama honestly tackling the weight of parenthood, led by three talented women whose acting chops are as good as they get.

Olivia Colman’s performance in The Lost Daughter is ammunition for any performer or film enthusiast who is romantic about the craft of acting as a vocation. One cannot take for granted the way she throws herself into the complex role of Leda Caruso, the brilliant but twisted professor of comparative literature who leads Maggie Gyllenhaal’s cerebral feature directorial debut.

The psychological drama is based on a novel of the same name by pseudonymous Neapolitan writer Elena Ferrante, who gave Gyllenhaal permission to adapt the novel on the condition that she also direct it.

Gyllenhaal immediately piques your curiosity using the trope of opening with the protagonist’s tragic fate. Leda stands gobsmacked on a beach in the fogginess of night, walks towards the shore break, and collapses without a word. As is always the case with this sort of time-jumping prologue, the journey of the film is contextualising and figuring out what’s just happened and why.

Leda has just arrived on a Greek island where she’ll be staying alone on a working vacation. She wears an ever-changing expression that orbits her sanguine personality, occasionally breaking out into bursts of excitement or a relieved sigh as she takes in her surroundings.

Having already been given a sense of the woes awaiting Leda, we are tuned in to the omens Gyllenhaal strews in Leda’s path. A lighthouse flashes a warning into her balcony window, blaring a sombre cavernous foghorn that threatens disaster. Leda discovers that the underside of all the fruit in her fruit bowl is rotting, a metaphor for the insidious human tensions hidden by the islands sparkling shores.

Leda settles into a quiet relaxing holiday, oblivious to these menacing hints. Stylised camerawork and dreamy swaying music echo her calm nostalgic state of mind until her peace is very suddenly interrupted by the arrival of a huge obnoxiously rowdy Greek-American family.

She is visibly bewildered and disgruntled. When the entitled matriarch of the group commandingly asks her to move her chair, Leda refuses, and we see for the first time that this polite and proper middle-aged British woman has also got a bite on her.

Colman’s ability to convey clashing feelings with natural but highly perceptible gestures makes her interactions emotionally multifaceted. She is irritated, trying to hide her irritation, anxious and threatened, but also resolute to stand her ground and working to stay calm; and all of that is communicated wordlessly with just a few recognisable movements of her face.

Her stammering, half-finished sentences and drawn-out silences have the subtlety of normal communication, rather than the crisp procedural dialogue of simpler films.

Because Leda is there alone amidst groups of others, she can’t help observing them, and we rely on Colman’s expressive acting to imply what she’s thinking. She is particularly taken by a young American woman (played mysteriously by Dakota Johnson) and her daughter, Elena, who Ferrante named after herself for reasons we can only speculate. Elena and her mother evoke increasingly frequent and vivid flashbacks of Leda’s younger self with her own daughters.

When Elena goes missing, Leda becomes entangled in the toxic social webs of the island, and her flashbacks (acted exquisitely by Jessie Buckley as the young Leda) become more melancholic and revealing of what makes her tick.

The flashbacks can be hard to watch for the same reason that they’re so diverting — Leda’s parenting tells a tricky, messy, underrepresented story of a mother unable to cope with the needs of her demanding, uncontrollable children. Her story criticises but also sympathises with a lived experience that is typically condemned in film and literature.

A crucial practical and stylistic element of Ferrante’s novel was Leda’s first-person narrative, which steers our entire experience of the story. Gyllenhaal’s skilled direction visually guides our focus and perception in much the same way without needing the narrative itself. She seems to anticipate your thoughts and suspicions at all times, intentionally distorting your view so that you are careened around every turn. The title of the film alone will throw you for a loop more than once.

It’s never resolved how much of Leda’s perception of events as menacing is insightful and how much is paranoid, or even imagined. When she’s hit on the back by a pinecone while walking under a tree, she thinks it’s merely fallen from a branch, while we as the audience suspect it was thrown. By the time it happens again, the reverse is true. That consistently misleading uncertainty is the film’s psychological intrigue.

The psychological drama of The Lost Daughter is riveting, but it’s a slow release. The entire two hours is essentially a build-up to its ambiguous conclusion, and even though the evolving drama and gossip of the island’s inhabitants add a moreish spice, some viewers might find the unravelling flashbacks too cryptic to endure the film’s deliberate pace.

For those who become invested in the honest exploration of parenting and the nature of altruism, the extensive, colourful time spent exploring and giving substance to the imperfect characters is enriching.

Halfway through the film, a character quotes French philosopher Simone Weil, saying, “Attention is the rarest and purest form of human generosity”. The challenge that defines Leda’s life is giving her children the attention they crave and require at the cost of her own freedoms.

Leda is a twisted woman whose impulsiveness can make her unlikable. You don’t have to like her though; all you have to do is give her story the attention it rarely receives, and grapple with the complexity of her life. Everyone has goodness in them, everyone is a little bit broken, and people are seldom as straightforward as they appear. Gyllenhaal and Ferrante implore you to revel in the grey areas between all things. DM/ ML

The Lost Daughter is available in South Africa in theatres and will be available on Netflix in the future.