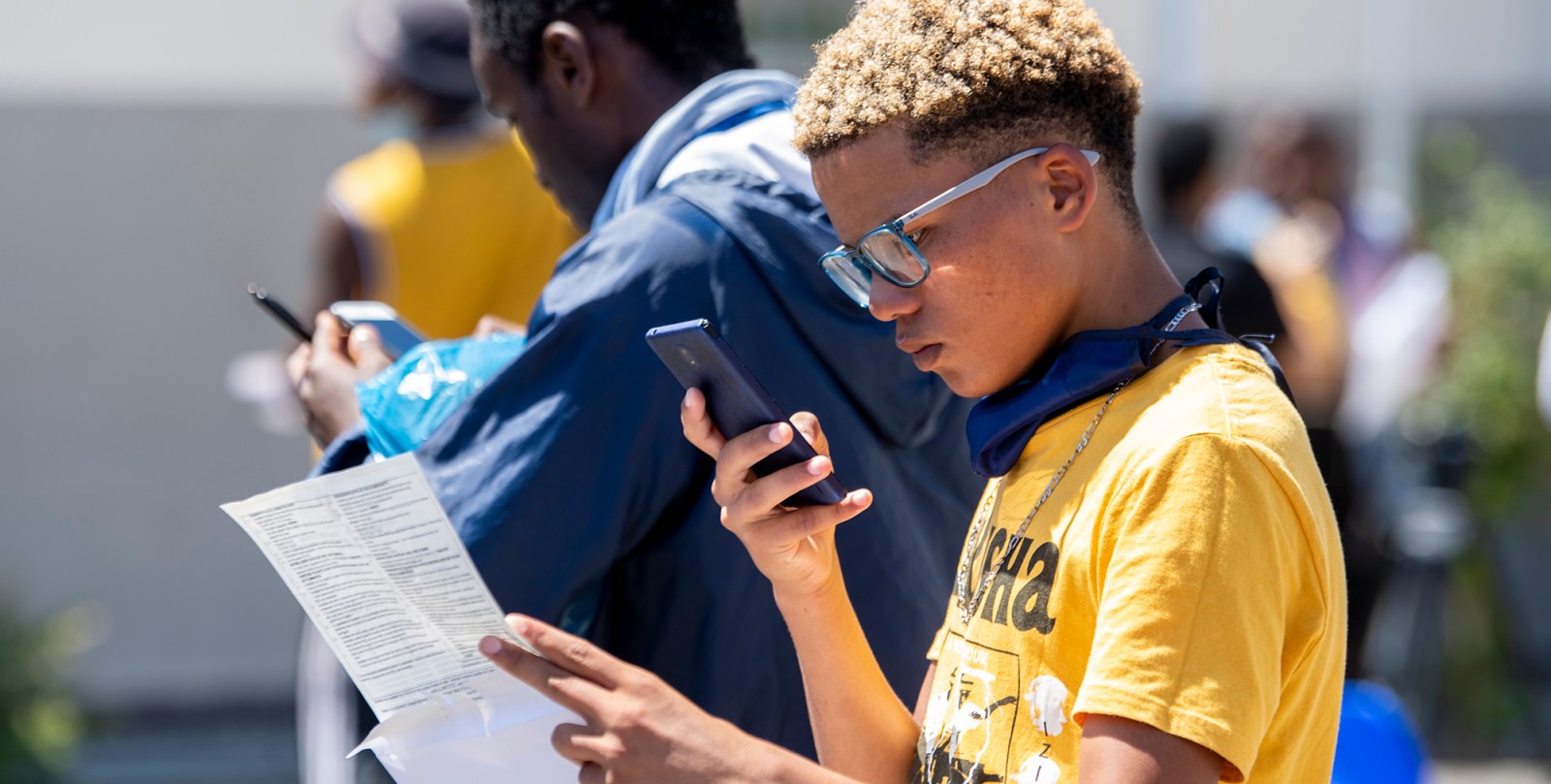 The Government Communication and Information System has hosted a webinar bringing together players in the labour market to share information about opportunities available to the Class of 2021.

‘Every year at this time we find ourselves faced with young people who have just graduated from school and who now have to join the mainstream population that contributes directly to the country. We expect the nation will be built on what those youngsters start,” said William Baloyi of the Government Communication and Information System (GCIS).

Baloyi’s comments were part of his welcoming address for a webinar hosted on Thursday by the Government Communication and Information System (GCIS) in collaboration with labour market experts to share information on opportunities available to post-matric youngsters.

Here are some options available to the Class of 2021:

National manager Dr Sandy Malapile said the programme exists to give learners who have not been able to meet the requirements of the National Senior Certificate (NSC) another chance at success under their guidance.

“We have approximately 600,000 learners writing matric annually — out of that number, we have almost 40% passing and the majority not making it.

“So we created the Second Chance Matric Programme to cater for those who have not made it. Through the programme, we provide support for the learners, because the majority of these learners, once they finish school, are not interested in going back to wearing uniforms.

“So the programme fits the profiles of a young person who is not going to school full-time who might be employed, volunteering, having a child, or running a business. This allows them to carry on with schooling while going on with their lives.”

Explaining the programme further, Malapile says that “we target two types of learners — those who wrote matric and failed hopelessly, to the point of giving up, and some learners who have attempted matric and did not perform in the way they wish. In the second category, we target adults or people who are 21 or older with a minimum of Grade 10”.

What do you need to register for the programme?

Registration is done at mainly three places: online, the former school of the applicant and an education district office.

Malapile said that after registration, the learner will be supported in four ways — provision of hard copy study guides, alternative interactive learning (broadcast lessons on TV or radio), online and through face-to-face centred learning (schools) for after-hours learning or weekend learning to obtain their Grade 12 certificate.

The Central Application Service (CAS) plays a crucial role in providing informed access to universities and other post-education training and placement opportunities for learners, as well as making sure learners’ details are shared widely.

Speaking on the importance of having one’s details centralised, Matthews Makgopela of the CAS unit in the Department of Higher Education said: “The plan for the future is that applications for universities, colleges and SETA will be done through the central application services to avoid having to do walk-ins for submissions, which can be physically daunting and costly.

“Years ago at the University of Johannesburg, we had learners come in numbers to make application submissions. Unfortunately, there was a stampede and this resulted in a parent dying. After the incident, we launched the stop-gap… to capture the learner’s details at centralised points instead of them having to run around.

“We don’t influence admissions to any of the institutions, but your details are captured and shared with the various institutions and this also allows the learner to capture career direction and field of study.”

How to get hold of the CAS?

Khanyisile Cele of National Career Development Services says their work is closely connected to that of CAS, and plays an important role in facilitating career guidance.

“There are more than enough options available for matric-leavers of different backgrounds. We have a mandate to bring free quality career information, advice, guidance and counselling to the community at large.

“This is to assist the learner to reach their career goal and visions. This is important because it helps the learner to also participate in the economic growth of the country and reduce the rate of unemployment,” she said.

In South Africa, where unemployment is at a record high of 34.9%, school-leavers are faced with the anxiety that comes with deciding whether to look for a job or study further.

The right knowledge, support and access to opportunities can help them make those decisions. DM

Registration for the Second Chance Matric Programme will close on 15 February 2022.