Russia sees some room for dialogue after U.S. security response 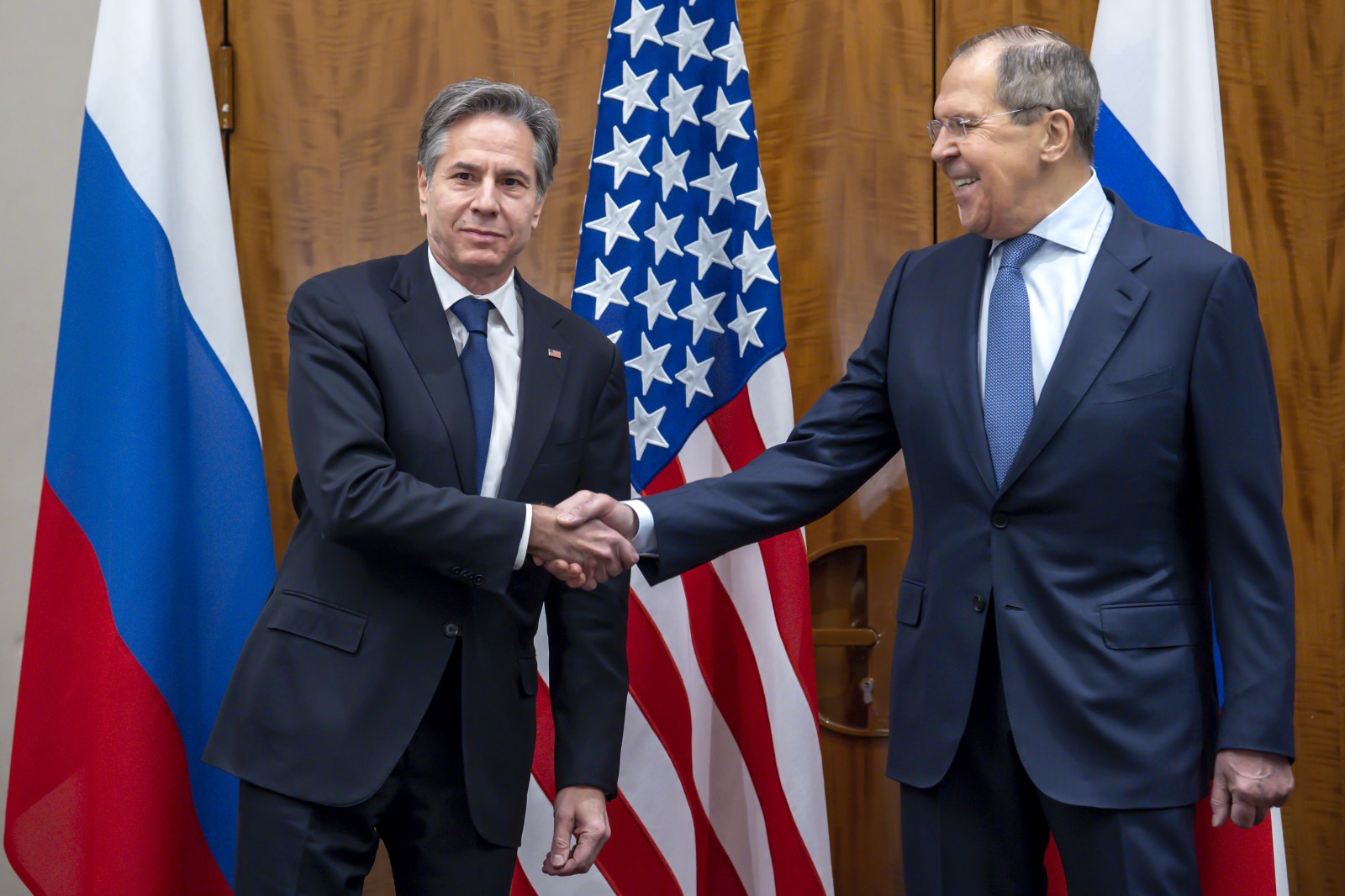 US Secretary of State Antony Blinken (L) and Russian Foreign Minister Sergei Lavrov (R) pose for an official photo prior to their bilateral talks on soaring tensions over Ukraine in Geneva, Switzerland, 21 January 2022. EPA-EFE/MARTIAL TREZZINI

MOSCOW, Jan 27 (Reuters) - Russia said on Thursday the United States had shown it was not willing to address Moscow's main security concerns, set out during their standoff over Ukraine, but that both sides had an interest in continuing dialogue.

Kremlin spokesman Dmitry Peskov said Moscow, which has massed troops near Ukraine, would not rush to draw conclusions after Washington formally responded to Russian proposals for a redrawing of post-Cold War security arrangements in Europe.

Describing tensions on the continent as reminiscent of the Cold War, Peskov said it would take time for Moscow to review Wednesday’s response from Washington. But he said U.S. and NATO statements that Russia’s main demands were unacceptable did not leave much room for optimism.

“Based on what our colleagues said yesterday, it’s absolutely clear that on the main categories outlined in those draft documents… we cannot say that our thoughts have been taken into account or that a willingness has been shown to take our concerns into account,” Peskov said.

“But we won’t rush with our assessments,” he said.

The nuanced Kremlin reaction made clear that Russia, which has massed tens of thousands of troops close to its border with Ukraine, is not rejecting the U.S. and NATO responses out of hand or closing the door to diplomacy.

Russian and Ukrainian dollar bonds, which have been hammered in recent weeks by the mounting tension, both rose in response to Peskov’s comments.

Russian Foreign Minister Sergei Lavrov said there was hope of starting serious dialogue, but only on secondary questions and not on the fundamental ones, Russian news agencies reported.

The United States and NATO said on Wednesday they had delivered the written responses requested by Moscow to proposals it submitted in December.

Among other things, it demanded that NATO halt any further enlargement, bar Ukraine from ever joining and pull back forces and weaponry from eastern European countries that joined it after the Cold War ended.

U.S. Secretary of State Antony Blinken said on Wednesday that Washington remained committed to upholding NATO’s “open-door” policy and NATO said it would not compromise its core principles.

Both have said, however, they are willing to talk to Russia about arms control, confidence-building measures and limits on the size and scope of military exercises in order to reduce tensions.

Ukrainian Foreign Minister Dmytro Kuleba, visiting Denmark, said he believed Russia was likely to remain on a diplomatic track with Kyiv and the West for at least two weeks.

By Dmitry Antonov and Tom Balmforth.