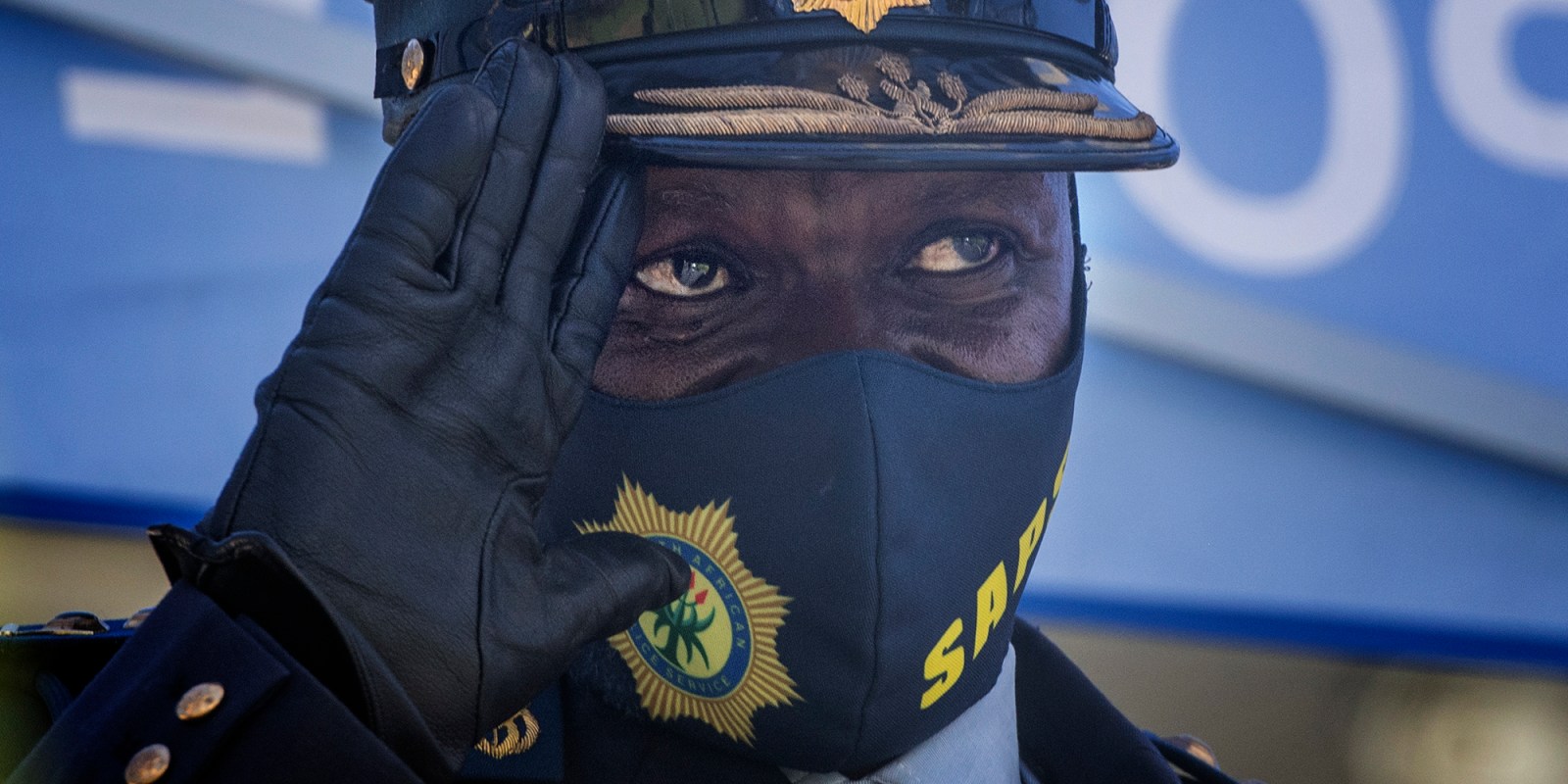 National Police Commissioner Khehla Sitole has “refuted” allegations by the Independent Police Investigative Directorate (Ipid) that he failed to cooperate with a crucial investigation into the murder of Anti-Gang Unit Lieutenant-Colonel Charl Kinnear.

Daily Maverick revealed that Ipid executive director Jennifer Ntlatseng had written to Minister of Police Bheki Cele on 26 January, requesting his intervention due to Sitole’s alleged lack of cooperation.

Ipid has, in the meantime, confirmed that a criminal case docket against Sitole was lodged on 9 December 2021 under Section 33 of the Ipid Act at Pretoria Central police station. The criminal complaint number is Pretoria Central CAS 177/12/2021.

On 27 January, while annual Police Day commemorations took place in Pretoria, Sitole’s office, through his spokesperson Brigadier Vish Naidoo,  issued the statement denying that Sitole had stalled the investigation into Kinnear’s death.

“The National Commissioner of the South African Police has refuted allegations made in a print media publication this morning that he has not cooperated with Ipid in regards to the investigation into Charl Kinnear’s murder.”

The allegations Daily Maverick published are contained in an official note from Ipid to the police minister.

The planned murder of Kinnear in September 2020 outside his home was a turning point for the SAPS. Kinnear had been investigating corrupt senior colleagues who were implicated in a gun licensing racket involving the underworld.

Organised criminals working in cahoots with corrupt cops seemed to have triumphed that day.

But almost immediately the public outcry and the momentum of the national outrage sparked Cele into ordering an investigation.

Daily Maverick confirmed on Wednesday, 26 January that Cele’s office had received the information note from Ntlatseng, requesting the minister’s intervention.

The minister was informed that investigators had attempted to interview Sitole several times [as set out in the note], but had been unsuccessful. The national commissioner’s evidence relating to the planned assassination of Kinnear, said Ipid, was crucial.

Sitole hit back on Thursday, responding that his office had “at all material times cooperated with the Ipid investigation and implemented the recommendations made by Ipid arising from the outcome of the investigation”.

It is not clear which “outcome of the investigation” Sitole is referring to as no such outcome has been made public. It is also clear from the Ipid letter to Cele that investigations are ongoing.

Spokesman Naidoo continued that the commissioner was unaware of the “nature and extent of the allegations imputing his lack of cooperation with Ipid and will in due course after he would have been provided with the complaint from Ipid, if any, respond to same fully.”

The Ipid note to Cele set out how investigators had communicated with a SAPS legal representative, explained that they needed to talk to Sitole and had “provided an overview of the issues/investigations which the team wanted to transverse with the National Commissioner as the Accounting Officer”.

However, attempts to pin him down had been unsuccessful.

Cele, addressing SAPS members at Police Day commemorations in Pretoria, said it was a day to celebrate ordinary hard-working cops, like Kinnear, who find themselves in the often lethal frontline, fighting violent crime.

“To all of you who wear this blue uniform and serve this nation with integrity and pride, today is the day that we celebrate you.

“This day is set aside to appreciate all serving members as well as to pay homage to those who have fallen,” said Cele.

“Commissioner [Cele did not specify which one was in attendance], we must never tire from flushing out the few rotten apples who hide behind this beautiful blue uniform, but choose the life of criminality.

“The pockets of criminality within our organisation cannot and will not tarnish the excellence we are celebrating today.

“Our police officers are the SAPS’s and country’s most valuable resource.

“We believe that celebrating you and acknowledging your hard work, will certainly improve the morale of the workforce to provide better excellent service to the public.”

At the time of writing, Ipid had not yet responded to a question on whether the directorate would make a statement about Sitole’s denials. DM