‘Playlists for our Future Selves’, ‘The Best 2021 Albums You Didn’t Hear’ – here are three podcasts for music lovers, by music lovers 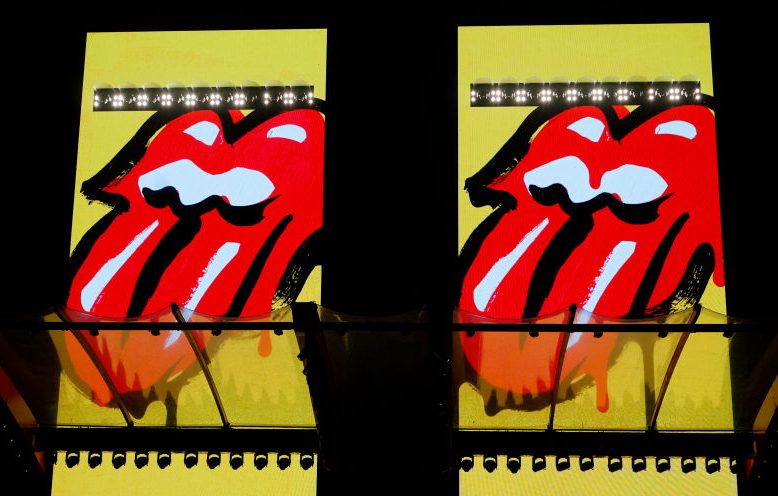 The Rolling Stones' lips and tongue logo by art designer John Pasche is displayed on screens onstage before a stop of the band's No Filter tour at Allegiant Stadium on November 6, 2021 in Las Vegas, Nevada. (Photo by Ethan Miller/Getty Images)

What’s on your playlist? Rolling Stone Music Now, Broken Record and Object of Sound are three podcasts all music fans should not be pressing skip on.

Music is a timeline of the ages, both personal and public, timeless and generational. It informs and reflects society, and speaks to how we exist together. This week’s selection of podcasts is about shows that delve into the world of music, commenting on the songs and artists that make up the soundtrack of our lives.

Broken Record is hosted by an impressive lineup of voices, which sets it up to be captivating from the get-go, including the likes of Justin Richmond, Rick Rubin, Malcolm Gladwell and Bruce Headlam, bringing their various areas of expertise to the table.

The voice of Frederick Jay “Rick” Rubin is particularly interesting. With his long career in music production, along with his role as co-president of Columbia Records, he was named one of Time’s 100 Most Influential People in the World in 2007, and in the same year was called “the most important producer of the last 20 years” by MTV. Rubin brings a wealth of music knowledge and experience to the show, which gives the podcast an edge.

The episode we started with is a conversation between Rubin and Linkin Park’s Mike Shinoda. It’s a nostalgic reflection on the rock band’s rise to prominence, mental health and the future of music production. Next on the list is “Ringo Starr: Peace and Love” and “James Blake”.

The show knows its audience, and asks guests to curate playlists that one can access after the episode on Spotify – it is always interesting to see what music guests are listening to and which of their own tracks they enjoy the most.

Rolling Stone is an icon in the world of music and media, and its podcast lives up to the name, giving listeners their pop culture fix.

The show leans into what its parent publication does best – interviews, reviews and reflections on the world of music – but it has also crafted its own quality and stands alone well.

The hosts are Rolling Stone writers, so they bring their own experience, tastes and passions to the show without the feeling that the podcast simply repeats what happens on the online publication.

And for someone who enjoys music but does not have the time or inclination to read long articles, this podcast is a great way to know what is happening in the industry in an immersive, audio presentation.

We started with an episode on the best albums of 2021, a round-up of what was playing in the background of people’s lives last year. It’s made up of short, punchy reviews and is a much more immersive way to reflect on 2021 instead of skimming through the longer write-ups that are often published at the end of the year.

While this episode encourages jamming to the songs that were on everyone’s playlists, the next episode queued on our list is “The Best 2021 Albums You Didn’t Hear”, in the hope of unearthing a few undiscovered gems.

Object of Sound is a deep dive into the world of music, ever thorough as it leans into the connection humans have to the art.

The show has a diverse range of guests and never sticks to a particular genre. The interviews are conversational and informal, and also include listener input to reflect how society consumes music today.

The show is hosted by American poet, essayist and cultural critic Hanif Abdurraqib, whose attentive interviews and warmth make for an intriguing and comfortable listen.

The first episode that caught our attention was “Jazmine’s Tale” featuring Jazmine Sullivan – it’s a fascinating discussion about the creative process, Black female artistry and how Sullivan crafted a record that is deeply personal but also speaks to the human experience.

Next on our to-listen list is “Music Gets Masked Up” and “Playlists for our Future Selves”.

Just as with the Broken Record podcast, Object of Sound also curates a playlist to accompany episodes, with guests contributing tracks that have impacted them personally or influenced their own music. DM/ML