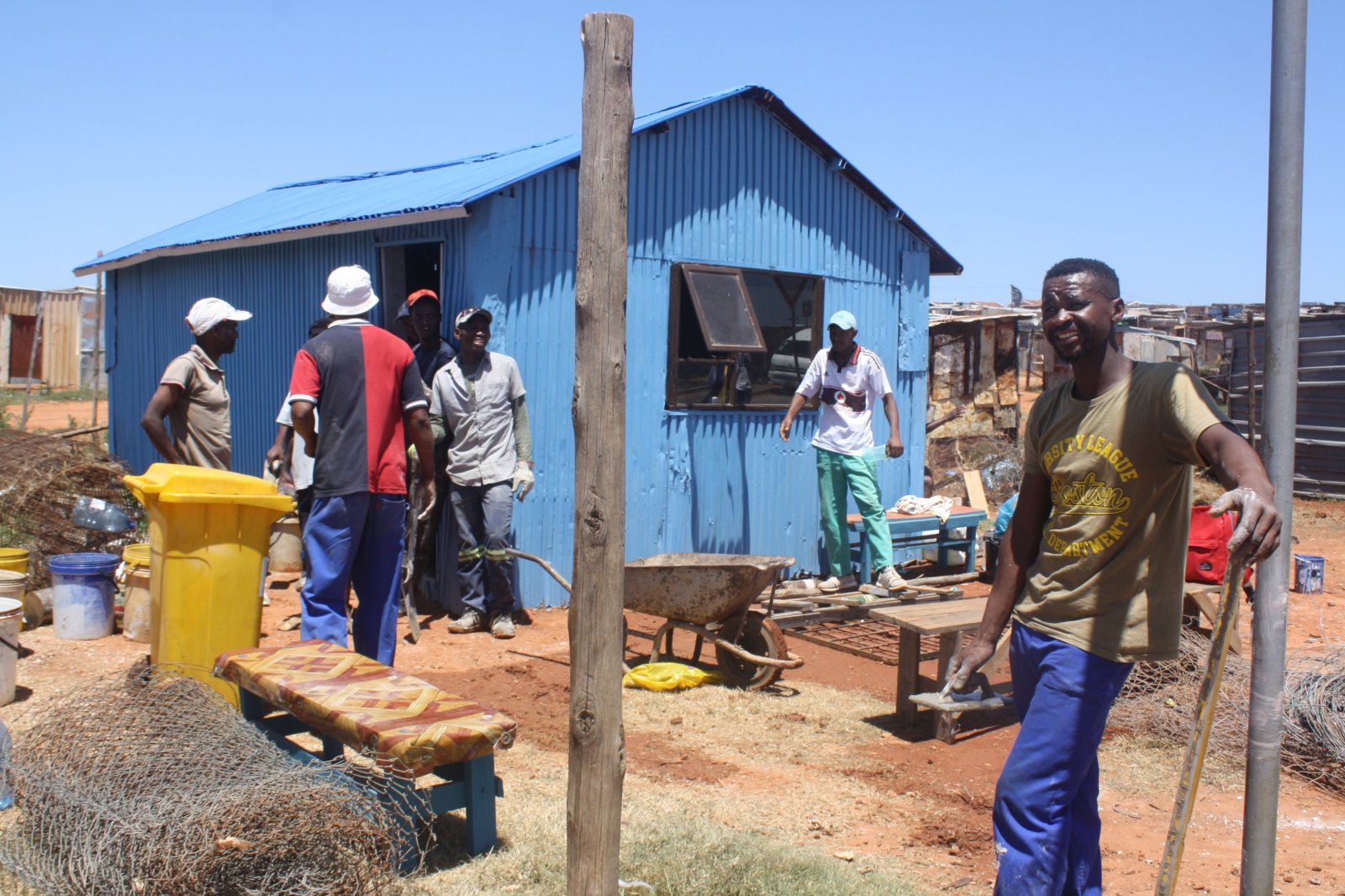 KwaNobuhle shack dwellers in Kariega have built their ward councillor an office made of reclaimed material so that they have better access to him and for services to be closer to home. (Photo: Thamsanqa Mbovane)

KwaNobuhle township residents in Gunguluza, Kariega have built their ward councillor an office in their community made of old zinc sheets and other reclaimed material.

Residents say that because the newly elected Ward 45 Councillor, Sabelo Mabuda, did not have an office in the community, it was hard for them to reach him on important matters. The ward is home to nearly 4,000 shack dwellers and RDP households.

The previous councillor’s office was burnt and partly gutted in 2018 during a protest by the community over alleged nepotism.

“We want to be served closer to where we live. Currently, the councillor is using Ward 44’s office which is about five kilometres from our shacks. We want to be served here,” said Luyanda Manyam, deputy chairman of the Area 11 development committee.

He said the structure will also be used as a drop-off site for clinics to deliver medication, especially for the elderly who often can’t afford the R13 one-way fare to the nearest clinic.

Resident Lukhanyo Quza, who assisted by cementing the floor of the new office, said, “Many officials did not want to visit our settlement, so we renovated a rusty container. Officials must now come because we don’t want to be deprived of services anymore. People don’t have the R13 money for a taxi to go to the councillor’s office in ward 44,” he said.

Meanwhile, councillor Mabuda told GroundUp that the situation has been frustrating for him too. He has been using a classroom in a school as a satellite office, while waiting for the municipality to renovate the burnt office.

“I have already requested that the municipality renovate the office in Ward 45. I welcome Area 11’s decision to have a container and will attend meetings there when I’m invited,” he said. DM