Dear Minister Gwede Mantashe: There is an urgent need f... 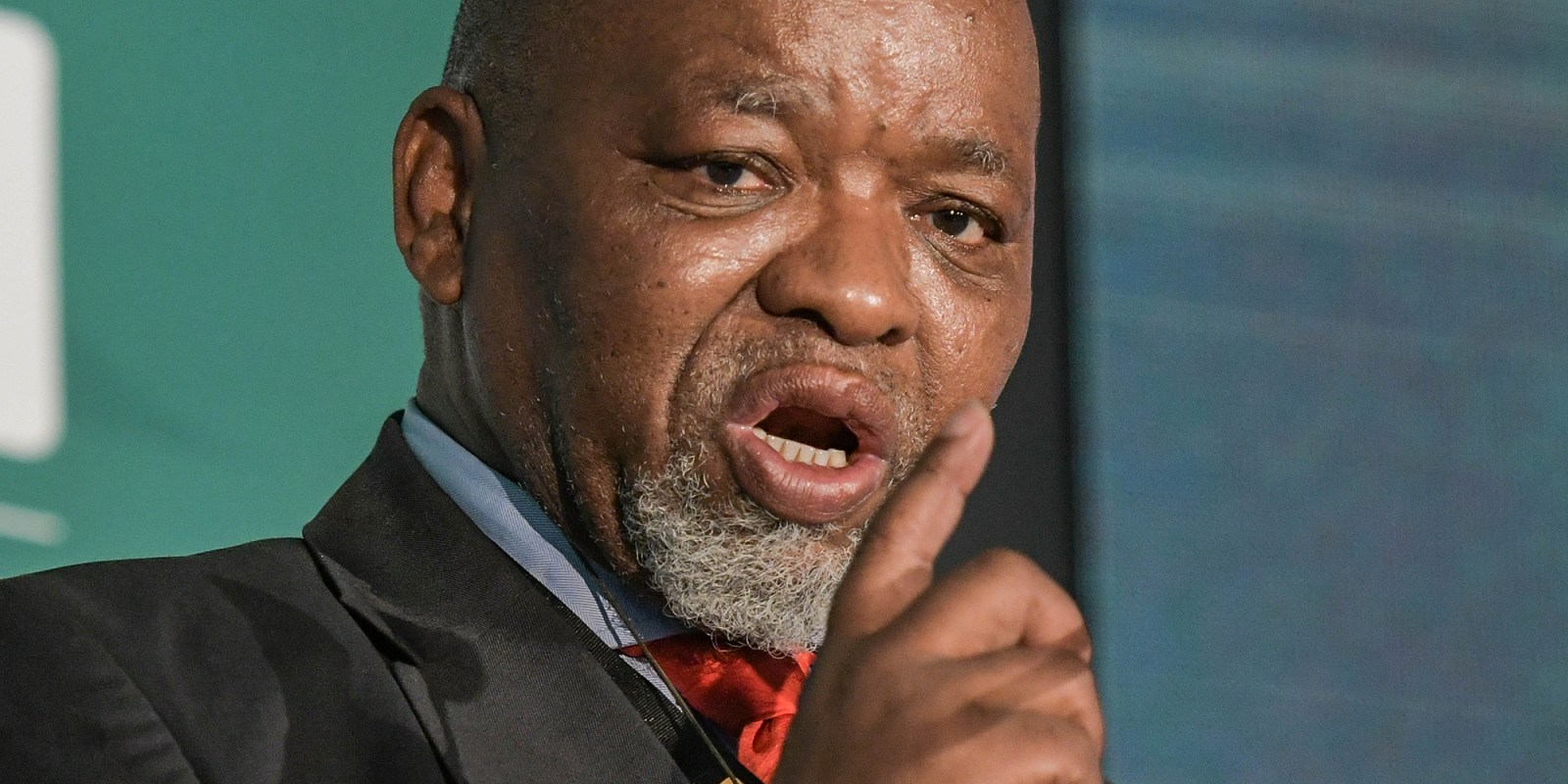 Leading the populist authoritarian charge is former trade union leader, now Minister of Mineral Resources, Gwede Mantashe, who suspended Peter Becker, the civil society representative on the board of the National Nuclear Regulator because he had raised the concerns of communities about the health and safety dangers of the ageing Koeberg Nuclear Power Station. (Photo: Gallo Images / Jeffrey Abrahams)

The historical legacy of mining in South Africa leaves catastrophic damage to the land, and to the wellbeing, heritage and livelihoods of communities affected by it. On the current trajectory, the West Coast will follow the same path.

We write to record our serious concerns about an avalanche of mining and prospecting applications on the West Coast, and the haste to grant them by the Department of Mineral Resources and Energy (DMRE).

A diagrammatic depiction of these applications is featured below for your reference. 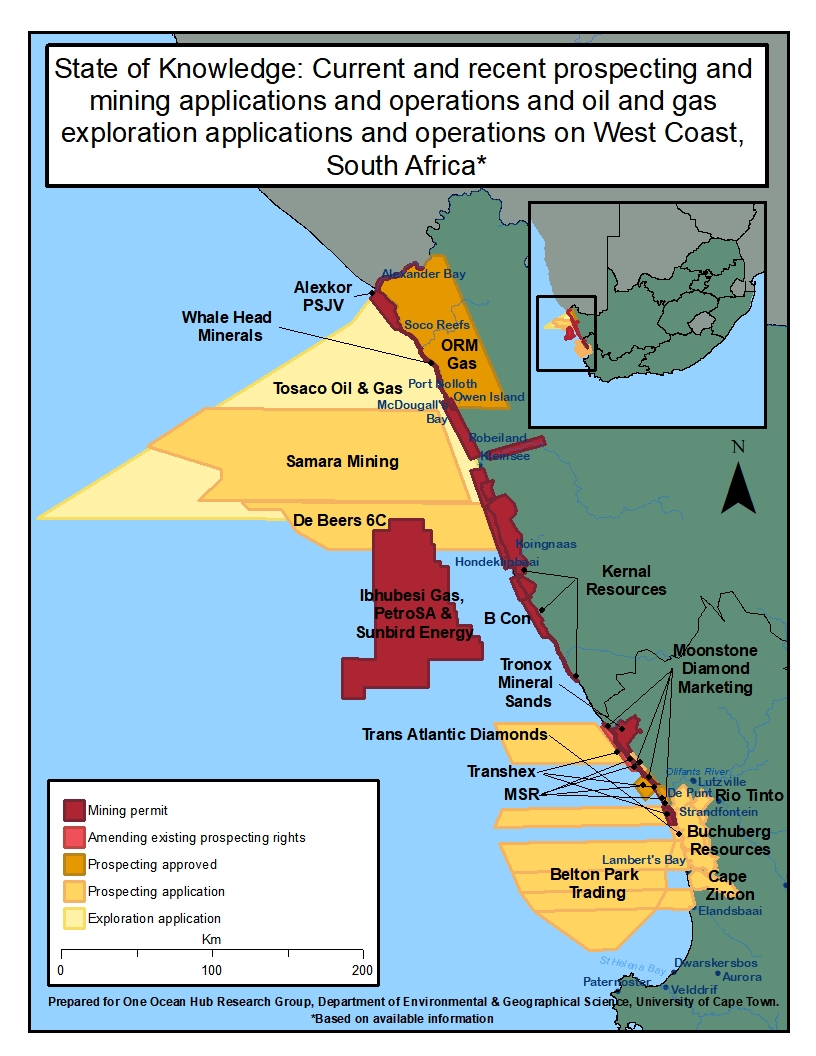 This information had to be obtained and collated by PTWC and its membership because this information is not, as it should be, readily available on the DMRE’s website. We also note the constant flux this situation finds itself in as more applications are made and approved.

As you can see, almost the entire coastline from Elands Bay to Alexander Bay, approximately 500km, is under application for prospecting or mining. This includes significant areas inland and offshore. The mining activities include, as you know, oil and gas interests, diamonds and heavy mineral sands. The cumulative impact of this activity has not been considered, studied or reported on. Instead, each application is considered ad hoc and granted in all instances that PTWC is aware of. The inevitable outcome is that the entire coastline will be prospected or mined.

You have personally inspected mines here and know the unique challenges in this area. You will know the common mining-related impacts. Among these are mines closing without due closure process, the lack of proper rehabilitation, the ongoing extraction of South Africa’s mineral wealth and the movement of that wealth offshore, the lack of due and proper oversight, and the concomitant and severe environmental degradation that follows.

Then there is the social impact — the lack of meaningful and lasting job creation, the persistent failure to realise social investment in communities, the failure to prioritise the employment of local people, and the failure to transfer skills into communities adjacent to the mines.

This part of our country is home to one of the oldest indigenous cultures on Earth, who must survive in a region that is incredibly water-scarce. This critically important biodiverse region — in terms of terrestrial and marine fauna and flora — supports and sustains key fisheries resources. This makes it well-positioned for nature-based tourism, with direct beneficial impact on communities, who also rely on land-based uses such as agriculture, a key employer.

In contrast to the above, mining, by its nature, is a single-use activity that is finite and destructive. It is anathema to other established or potential land, coastal and marine uses.

The historical legacy of mining in South Africa leaves catastrophic damage to the land, and to the wellbeing, heritage and livelihoods of communities affected by it. On the current trajectory, the West Coast will follow the same path unless something is urgently done to arrest this wholesale handover of our invaluable heritage to mining interests.

The irony is not lost on PTWC that the DMRE’s mandate is to promote mining and that in granting applications the DMRE fulfils its mandate. The mandate, however, does not exist in a vacuum. The DMRE has myriad legal obligations to the citizens of South Africa and, more particularly, to the local communities who live and work on the West Coast, and whose existence relies on the very resources that are imperilled by mining.

The oversight of mining operations and proper compliance with the conditions of authorisations granted is largely absent. The watchdog role the DMRE is mandated to provide is sorely lacking. This breeds a culture of non-compliance and puts the burden of this oversight role firmly on civil society.

Given what we have set out above, PTWC urgently calls on the minister to place a moratorium on applications for prospecting and mining on the West Coast until a Strategic Environmental Assessment is completed.

Spearheaded by the government, this assessment needs to guide decision-makers on applications for prospecting and mining applications to ensure that the obligations of the DMRE are fulfilled. Guided by the DMRE obligations to the citizens of our country, this assessment needs to provide a framework for present and future generations to adopt a cautious and risk-averse approach.

Finally, this assessment must ensure that the communities of the West Coast — their heritage and their future — are not impoverished in pursuit of the short-term benefits touted by the mining houses.

Kindly confirm receipt of this letter and respond in writing by 28 February 2022 to the urgent call for a moratorium to be placed on mining and prospecting applications on the West Coast.

Protect the West Coast (PTWC) is a collective of concerned South Africans (including scientists, journalists, activists and media experts) who work for a not-for-profit organisation to ensure that mining on the West Coast of South Africa is conducted with the correct and proper oversight in accordance with fundamental principles of the law.