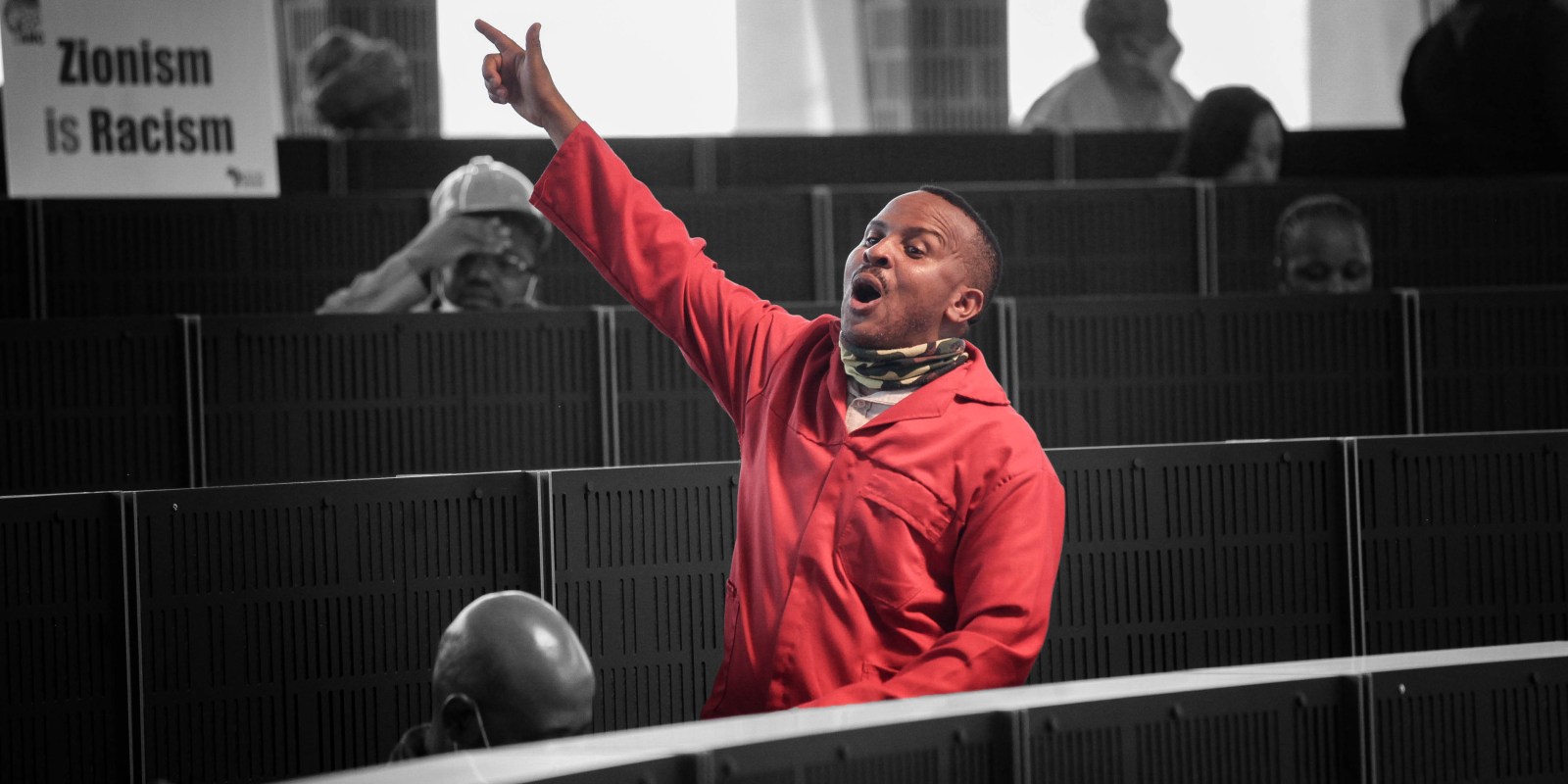 An EFF member disrupts proceedings at a second council meeting in Johannesburg on 2 December 2021. Speaker Vasco Da Gama of the DA (not pictured) was attempting to oversee the election of chairpersons of committees. (Photo: Gallo Images/Sharon Seretlo)

The party that chairs Joburg’s public accounts committee can influence its oversight, programme and the budgets of the entities, which is where most of the R78bn budget is spent.

With a budget of R78-billion a year, the Johannesburg City Council is coveted by politicians for its higher salaries and access to patronage opportunities. This political competition for jobs is behind the impasse in the council which has continued this week.

The new council administration has not started proper work yet because two council meetings descended into violence and chaos, with eight charges laid against councillors who roughed up their colleagues earlier in January.

On Thursday, Speaker Vasco da Gama will try for a third time to oversee the election of chairpersons of the committees who set the tone for the revival of South Africa’s largest and most economically strategic city.

The EFF has stalled the meetings because it wants to chair the powerful Municipal Public Accounts Committee (MPAC). The mayor, city manager and the CEOs of the entities which run the city all report to this committee. It has hard-balled the IFP, which is part of the governing coalition in Johannesburg, but governs with the EFF in strategic municipalities in KwaZulu-Natal.

The IFP has put up Nonhlanhla Makhuba as chair of this committee, but the EFF wants her to step aside for its candidate.

On Monday, the IFP reportedly disbanded its Gauteng Provincial Executive Committee and suspended its seven Johannesburg councillors to push them to accede to the EFF’s demands. They did. Three sources confirmed this to Daily Maverick and the IFP did not reply to repeated requests for comment.

The party that chairs the MPAC can influence its oversight, programme and the budgets of the entities, which is where most of the R78-billion budget is spent. A third is spent on staff and a substantial amount is outsourced to companies to provide electricity, water, roads, traffic and other services.

The Johannesburg council is a byword for patronage politics because of this spending. The governing coalition allocated only one chairperson role to the EFF, but it wants two. In Ekurhuleni, where the DA is also the lead coalition partner, the party runs four committees. The chairpersons earn a lot more than other councillors, as the chart below shows. This is why the council has been obstructed from starting a proper new term to save a collapsing city. 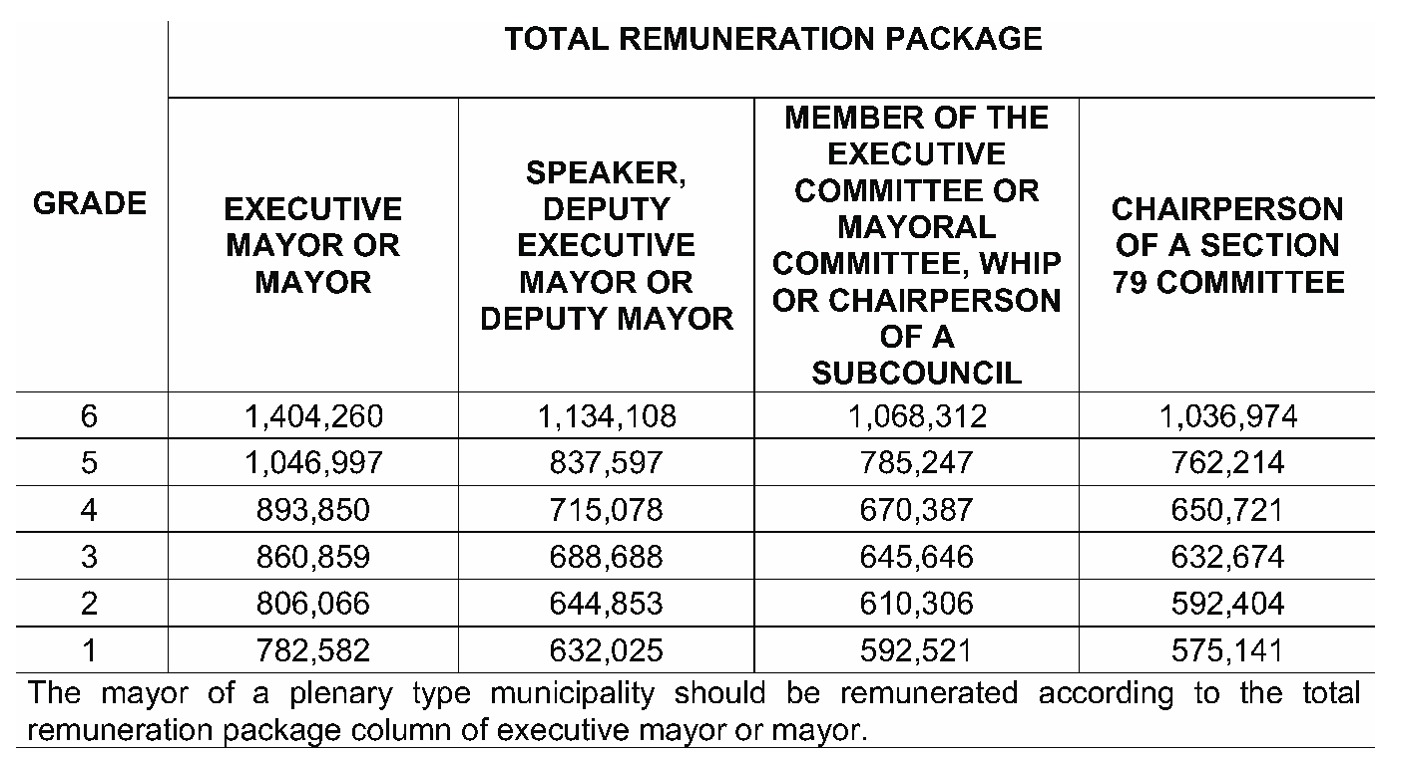 A meeting on 20 January ended with opposition candidates in the ANC-led minority coalition withdrawing their chairperson candidates.  The DA-led governing coalition says it does not have to reopen the nomination process, but will hold elections for the candidates who have not withdrawn.  As long as they are present and their nomination seconded, the elections will go ahead.

“The legal advice we have is very clear. The prior nominations stand,” says ActionSA’s Michael Beaumont.

The ANC’s head of caucus and former mayor Mpho Moerane says: “We are going to pursue the Speaker to reopen nominations. [But] as the ANC we are committed to making sure the ANC works.”

The Joburg council vote in November 2021 ended in a hung council and the outcome is an unstable coalition where some councillors and parties shift allegiances and positions almost weekly, depending on positions and access to influence. The council is an expo for the way small-party coalitions can become a showground of stomach politics.

It is understood that some parties want to walk out if Da Gama does not restart the nomination process for chairpersons and if the EFF does not get its way, thus stalling council for a third time in as many weeks. But the ANC is unlikely to join them, although that could change on the day.  DM