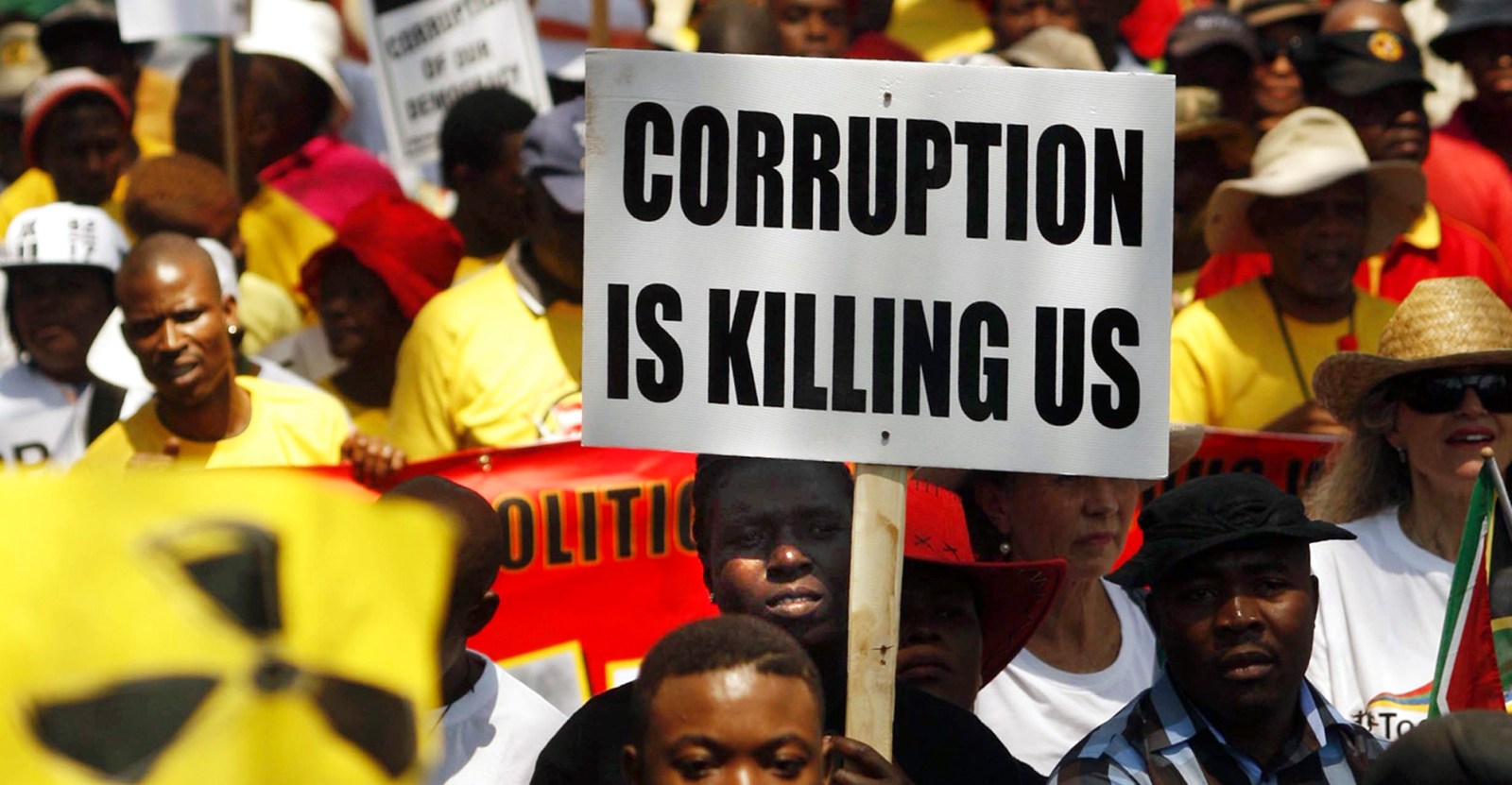 ‘Two years into the devastating Covid-19 pandemic, this year’s Corruption Perceptions Index (CPI) reveals that corruption levels have stagnated worldwide. Despite commitments on paper, 131 countries have made no significant progress against corruption over the last decade and this year 27 countries hit historic lows in their CPI score. Meanwhile, human rights and democracy across the world are under assault,” reads the report.

It says that South Africa is among the 131 countries that have over the past 10 years stagnated in ranking, scoring 44 on a scale of 0 to 100, alongside countries such as Tunisia, Ghana, Hungary, Kuwait and Senegal. At the top of the scale (in the 80s) are Denmark, Finland, New Zealand, Norway, Singapore, Sweden and Switzerland, and right at the bottom are Somalia and Syria, with 11 and 13.

Karam Singh, the executive director of civil society organisation Corruption Watch, asserted: “It is extremely disheartening to find ourselves, year after year, in the same position on the CPI, with marginal shifts up or down.

“The poor perceptions of how South Africa is faring in its efforts to truly tackle and dismantle the systems that enable corruption are perhaps to be expected, when one considers the staggering levels of corruption we have witnessed.

“As a civil society organisation working relentlessly to expose the gaps that enable corruption, and find solutions for creating a society free from this scourge, we can only hope that recent developments to bring corruption to the fore in the country will result in swift and effective prosecutions, and a restoration of public confidence in the political will to end impunity and lack of accountability.”

“There needs to be safeguarding of media independence, the rule of law, the judiciary and support of oversight bodies that provide institutional checks and balances.”

The report states that countries that have sound protections against the violations of human, civil and political rights generally tend to do well in guarding against corruption.

Sub-Saharan Africa scored 33 out of 100, which the report says signifies an urgent need for the countries to mitigate the devastation caused by corruption.

Hennie van Vuuren, the executive director of Open Secrets, said, “We must follow the trends of corruption in South Africa and they are clearly worrying as we see them at all levels of government. Local government is the most obvious, but also the ongoing issues of high-level corruption that plague the state and private sector are pretty central and the trend is not a positive one.

“But one can also add that there’s a problem with this Corruption Perceptions Index where the more we keep on repeating a thing the more we legitimise what is in effect a flawed measure of corruption around the globe. This is primarily the perceptions of so-called experts and business people… the majority come from the Global North.

Van Vuuren pointed out that Denmark, which is in the top 10 countries, just four years ago was involved in “the biggest money-laundering scam we’ve ever seen” when the country’s biggest bank, Danske Bank, was found guilty of laundering in excess of €200-billion (about R4-trillion).

Van Vuuren said that of the other top 10 countries, Singapore is a tax haven and used for “offshoring”, while Switzerland “built its fortune off a criminal economy by moving illicit assets around the world”.

He said using such measures of corruption “just continues to absolve the wealthy countries who are complicit in the system of corruption around the world… we can fix South Africa, whatever that means, but unless the global financial systems change in a way that’s fairer, more just, we will always just be tinkering away at the margins.” DM/MC