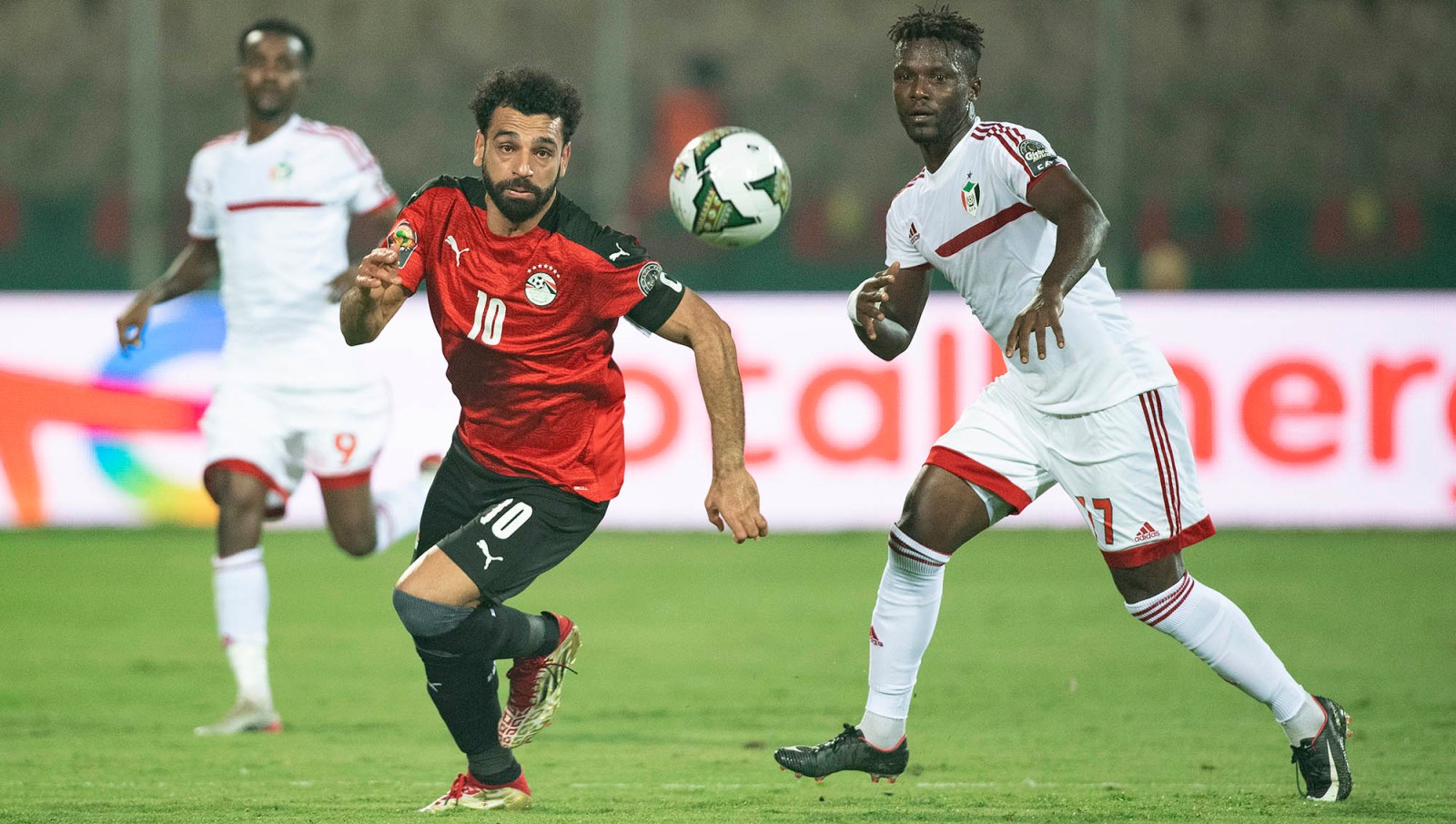 Mohamed Salah of Egypt and Mazin Mohamedein of Sudan in action during their Group D Africa Cup of Nations 2021 match at Stade Ahmadou Ahidjo in Yaoundé, Cameroon on 19 January 2022. (Photo: Visionhaus/Getty Images)

There are just two matches remaining in the Africa Cup of Nations round of 16. One of those is a titanic clash between heavyweights Ivory Coast and Egypt.

Two rams of African football are set to collide when Ivory Coast and Egypt charge at each other in the last-16 round of the Africa Cup of Nations (Afcon).

These giants are no strangers to clashing with each other, having done so 10 times at Afcon, with the Pharaohs holding the upper hand over the Elephants.

Egypt have progressed on each of the previous four occasions when facing Ivory Coast in the knockout stages of the continental showpiece. Two of those victories have come via penalty shootouts, including when the North Africans bested their West African counterparts in the 2006 final of this very competition.

However, heading into this latest clash, the Ivorians hold a slight edge, having shown glimpses of their quality in their final group match when they ran riot against 2019 Afcon champions Algeria – thumping them 3-1.

Meanwhile, the Egyptians – who are record seven-time winners of the competition – are yet to stamp their authority. Their performances have been merely satisfactory. This is despite them winning two of their three group games.

Still, they will seek to avoid being eliminated so early on in the knockout stages for a second consecutive edition of the tournament. In 2019, as hosts, they were knocked out by South Africa.

The Pharaohs boast one of the best-performing players in world football – Mohamed Salah. The talismanic Liverpool forward was part of the team who lost the 2017 final to this year’s host nation, Cameroon.

“I lost it in Gabon 2017 against Cameroon in the final, but I can assure you that it is the trophy that I want to win most. I work to win it and that is the story with all the Egyptian players present here,” said Salah.

“Against Ivory Coast it won’t be easy, but our team is gaining momentum. It will be a very tight match.”

As he alludes, Salah and his compatriots will have to dig deep to ensure they book their spot in the quarterfinals.

Though they too have some room for improvement heading into the highly anticipated clash, the Ivorians are one the few high-profile teams who have lived up to their billing in Cameroon.

Central to that has been their attacking prowess, with Arsenal’s Nicolas Pépé leading the way for the Elephants.

The skilful winger has been involved in more goals than any other Ivorian in the ongoing edition, scoring two goals and laying on one more. He will look to inspire his team once more, and find a way past a frugal Egyptian defence.

In the final clash of the second round, Mali will take on Equatorial Guinea, in their first meeting at Afcon.

Mali will be relying on their pair of midfielders Amadou Haidara and Yves Bissouma. They will also hope the likes of Massadiou Haidara, Seydou Doumbia, Hamari Traoré and Kalifa Coulibaly – who have shown good form since the start of the competition – will step up in Limbe.

Placed in a group alongside heavyweights Ivory Coast and Algeria, underdogs Equatorial Guinea managed to qualify in second place. In the highlight of their run so far, they beat now-eliminated holders Algeria 1-0 to halt the Desert Foxes’ 35-match unbeaten streak.

“We are motivated to play, and will just apply our system with our way of doing things. The players are focused, with the same state of mind. We don’t play according to the opponent; each match has its story,” stated Nzalang Nacional’s head coach, Juan Micha.

Kick-off for Ivory Coast against Egypt will be 6pm South African time, while Mali and Equatorial Guinea will lock horns at 9pm. DM