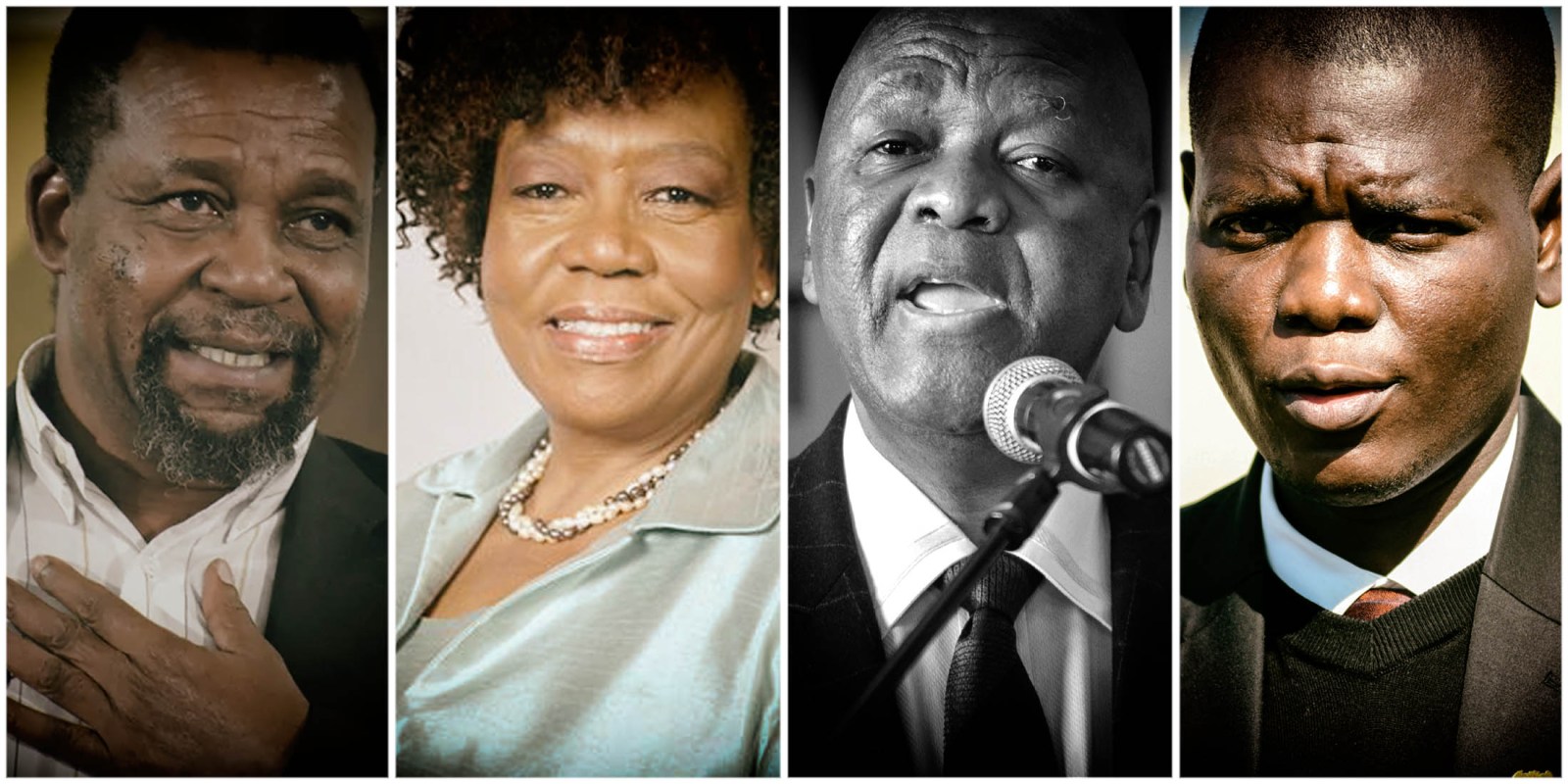 This ANC task team certainly has the complicated task of guiding the party’s response to the Zondo report. The party is likely to be fundamentally split on how it should respond.

Over the weekend, the ANC confirmed that it is appointing a task team that will help guide its response to the Zondo Commission report. While the party’s leadership has said several times the report’s recommendations will be implemented, there have been important signals that this may not entirely be the case.

It appears that one of the crucial questions this task team may have to answer is whether ANC leaders on the National Executive Committee (NEC) should remain there, should there be damning findings against them. This has the potential to extend the ANC’s “step aside” resolution, which presently relates only to people criminally charged with corruption.

While the ANC’s leader, President Cyril Ramaphosa, has promised that the Zondo Commission’s findings will be implemented, both the ANC Chair, Energy Minister Gwede Mantashe, and the ANC Women’s League have suggested the report should not be used for factional battles.

There are many ways this could be interpreted, but cynics may see this as the start of a process to protect exposed comrades.

Within this is the new “task team” appointed to “guide” the ANC’s response to Zondo’s findings. It appears that it will make recommendations and proposals to the party, including on how it should deal with its deployed comrades who found their way onto Zondo’s list of recommended charges.

For some, this may be evidence that Ramaphosa will be able to implement his agenda.

Lamola is known to be a strong supporter of Ramaphosa (some people have already put their money on him to be the next deputy leader of the ANC), Netshitenzhe has long complained about corruption and Radebe is related to Ramaphosa by marriage (Radebe’s wife is Bridgette Radebe, her elder sister is Ramaphosa’s wife, Tshepo Motsepe-Ramaphosa… both are sisters of Patrice Motsepe).

However, it may be much more complicated than that.

There are certain things that may be said about this with some confidence.

First, Lamola played no important role in the ANC or in government at any level during the era of State Capture. This means that he may be seen as a neutral figure in terms of passing judgment on what happened at the time.

It is also true that Lamola played an important role in helping Ramaphosa’s election as ANC leader at Nasrec, and has already suggested that if branches nominate him for the position of deputy leader of the ANC he would not ignore them.

It is also true that there is no indication at any point of Netshitenzhe’s long career in public life of him being involved in corruption. Rather he has been an “ANC intellectual”, focused largely on policy matters.

It may be presumed then that he would want to ensure the Zondo report is properly handled, both in the interests of the country and of the party.

However, the story of Radebe is much more complicated.

He has been a long-term player in the ANC and was a member of Cabinet all the way from Nelson Mandela through to Jacob Zuma’s final Cabinet.

During the Zuma era, there can be no doubt that he played an important enabling role, a role that contributed both to State Capture and the rise of the Guptas.

First, and perhaps most importantly, as minister of justice in 2009, Radebe was given the task of helping Zuma find a new National Director of Public Prosecutions.

As the Constitutional Court later found, Radebe did not give proper attention to the finding of the Ginwala Commission. That commission had found that advocate Menzi Simelane had “prima facie” lied under oath while giving testimony (this related to then-president Thabo Mbeki’s decision to suspend Vusi Pikoli as head of the National Prosecuting Authority).

At the time we asked, “What is in this for Zuma?” The answer now is clearer than it was then: to weaken the National Prosecuting Authority (NPA).

There may in fact even be a direct line between this process started by Radebe and the inability of the NPA now to prosecute State Capture crimes.

In the end, three years later in 2012, Simelane’s appointment was struck down by the Constitutional Court.

Radebe also appeared to play a role in the way in which Zuma appointed judges. This may well have led to Zuma’s appointment of Judge Mogoeng Mogoeng as Chief Justice, rather than the then Deputy Chief Justice, Dikgang Moseneke.

Certainly, Moseneke believes Radebe has a case to answer. In his book All Rise, A Judicial Memoir, Moseneke very carefully suggests Radebe may one day want to explain his role in the hollowing out of judicial institutions.

Considering Moseneke has a history of being the very soul of discretion, for him to even hint at his view on Radebe should surely be taken seriously.

While Radebe may well want to contest this version of events, he may find it much more difficult to dispute an incident in which he appeared to help both Zuma and the Gupta family.

In the aftermath of the Guptas landing a plane at the Waterkloof Air Force Base in 2013, Radebe was put in charge of a government task team to investigate what had happened. As we reported at the time, he said that “Justice must be done, and must be seen to be done.”

Instead, the government’s head of protocol, Bruce Koloane, was merely demoted. After serving a two-month suspension, he was promoted ambassador to the Netherlands, where he still found the time and space to lobby for the Guptas, as proven by the #GuptaLeaks.

This issue was properly questioned at the Zondo Commission, where Koloane simply took the blame for everything that happened.

Where was that justice Radebe promised?

Considering Radebe’s history, why then is he in this task team, and why did Ramaphosa appoint him to a panel to examine the nominations for South Africa’s next Chief Justice?

For some, the answer may lie in their familial relationship: Radebe may simply be someone that Ramaphosa can trust. But that does not mean he can be trusted to do the morally correct thing.

The final member of the panel, Lindiwe Maseko, has had a much smaller public profile over the years.

But, the Corruption Watch website has several reports about her time as Speaker of the Gauteng Legislature. In one report from 2012, they raised the alarm that legislature money was being used for personal purchases. In another report from the same year,  Corruption Watch suggested there had been a conflict of interest relating to a contract between the legislature and a company owned by Maseko’s daughter.

However, she was also the chair of the Executive Committee of the Commonwealth Parliamentary Association Africa Region. When she was ending her term in 2018, our Parliament described her time there as “an illustrious tenure during which she showcased her leadership and diplomatic capabilities that earned her admiration in Africa and in other CPA Regions outside the continent”.

This ANC task team certainly has the complicated task of guiding the party’s response to the Zondo report. The party is likely to be fundamentally split on how it should respond. Just the question of whether those on the NEC who the report makes findings against should remain on the NEC could be the dominant issue of the leadership conference at the end of the year.

(It is likely that a great percentage of the ANC NEC itself will be named in unflattering terms by the Zondo report – Ed.)

For now, it does appear that this team would be amenable to Ramaphosa’s stated agenda of support for the report’s findings. But it could also turn out to be a task team that has virtually no impact, that the internal dynamics in the ANC, and the simple speed of events, render it impotent.

The ANC’s response to Zondo could be vital to its future. If it is seen to defend wrongdoing it could pay a heavy price in the 2024 elections. It may need real hard evidence of its “renewal” to sell to voters.

The task that this task team has been given may in fact simply be impossible and its mission doomed from the start. DM