Africa’s climate change diplomacy must step up a ge... 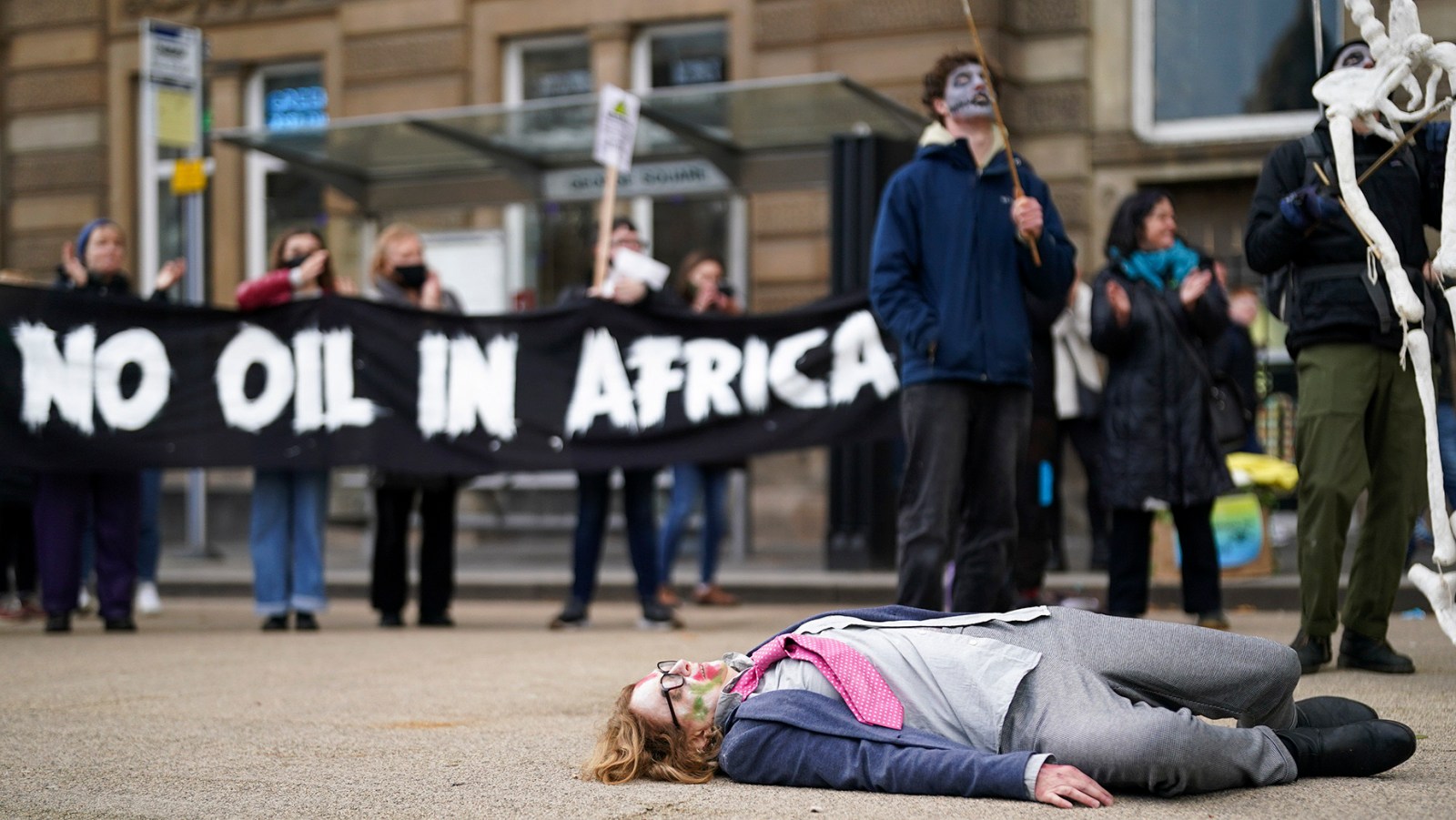 Members of Extinction Rebellion gather in George Square to draw attention to the impact of new fossil fuel investment, continued oil extraction and the effects of the climate crisis on African countries on November 07, 2021 in Glasgow, Scotland. (Photo by Ian Forsyth/Getty Images)

The continent is showing global leadership but coordination and common positions are needed to accelerate the ‘Just Energy Transition’.

As the dust settled on the 2021 United Nations Climate Change Conference (COP26), the world started realising that it fell short of the promise to launch a new global deal for a low-carbon future. Nevertheless, Africa has displayed encouraging global climate leadership.

The African members of the UN Security Council — Niger, Tunisia and Kenya — together with Ireland, led a resolution on climate change and security in December 2021. The proposal was to integrate climate-related security and conflict prevention strategies. It didn’t carry, with China abstaining and Russia exercising its veto.

This followed a 26 November 2021 meeting of the African Union Peace and Security Council (PSC) on the nexus between climate change and peace and security. Participants were unambiguous about the threat multiplier potential of climate change. They called for more coordination and for Africa to speak with one voice in international negotiations. The PSC also reiterated its support for a climate change fund for Africa.

The next world climate change conference (COP27) is in Egypt in November. The African Union and its member states need to present a strong, unified position that shows the continent’s commitment to dealing with security and other climate change threats, and accelerating Africa’s ‘Just Transition’.

The links between climate change and security risks were reinforced in the World Economic Forum Global Risks Report 2022. It argues that the top three most severe global threats over the next decade are from climate change. The biggest is climate action failure followed by and biodiversity loss. Human environmental damage and natural resources crises follow in seventh and eighth places.

A mapping of the global effects in the report reconfirms the PSC’s position that climate change is a huge ‘threat accelerator.’ This analysis is supported by the UN Environment Programme (Unep) in the 2022 Climate Change and Security Risks report.

It is becoming increasingly clear that climate change is a primary risk — environmentally, economically, socially and in terms of security. Where it isn’t, it is a significant threat multiplier.

In the Unep’s 2011 analysis of climate change impacts in the Sahel, resource scarcity, especially water, was a primary risk driver. The report highlighted three threats for the region — diminished livelihoods, associated migration pressures particularly in agriculture communities, and increased tensions over scarce resources. The Unep identified the Sahel as ‘ground zero’ for climate change, and more recent studies confirm this analysis.

The Intergovernmental Panel on Climate Change Working Group 1 report released in 2021 is explicit on the severity of climate impact already being experienced worldwide. UN Secretary General António Guterres called the report a ‘code red’ for humanity. Natural disasters and extreme weather events have expanded beyond the Sahel ‘ground zero’ with major hotspots all around Africa.

In southern Africa, Zimbabwe’s Victoria Falls have been choked back to a mere trickle. South Africa had a devastating four-year drought that brought Cape Town, a major global city, close to Day Zero. Mozambique endured the brunt of Cyclone Idai. In West Africa, the cost of environmental degradation in Benin, Côte d’Ivoire, Senegal and Togo was calculated at $3.8-billion or 5.3% of their combined GDP in 2017.

At the same time, the reality is that electrification is core to Africa’s development ambition, as expressed in the AU’s Agenda 2063. The African Development Bank and the International Renewable Energy Agency have provided an encouraging outlook for Africa’s renewable energy prospects. But the potential loss of foreign direct investment associated with the more than $10-trillion fossil fuel asset on the continent in the form of coal, oil and natural gas is still a dilemma.

Africa is increasingly gearing up its diplomatic leadership on climate change. Together with the UN Security Council debate and the recent PSC deliberations, it appears that Africa, led by the African Group of Negotiators, had a powerful presence at COP26. Although agreements reached in the formal negotiations were unambitious, deals on the margin, like the $8.5-billion pledge to support South Africa’s Just Energy Transition partnership, were encouraging.

And climate change has featured in important recent diplomatic platforms for Africa’s relationship with key partners. The December 2021 Forum on China-Africa Cooperation included a declaration on climate change in its outcomes. Support has also been pledged for major African climate projects like the Great Green Wall and African Adaptation Initiative.

A successful African transition will see the continent’s development engine running on a low-carbon diet. This will enable it to compete internationally in a trade environment increasingly characterised by a green wave of consumer awareness and potentially new green trade conditions.

There are encouraging indications that Africa’s diplomatic machinery is working in the right direction. At COP27 in Sharm el-Sheikh, we must be visible as a global climate change leader able to accelerate Africa’s ‘Just Transition’ to a resilient and equitable continental society. DM