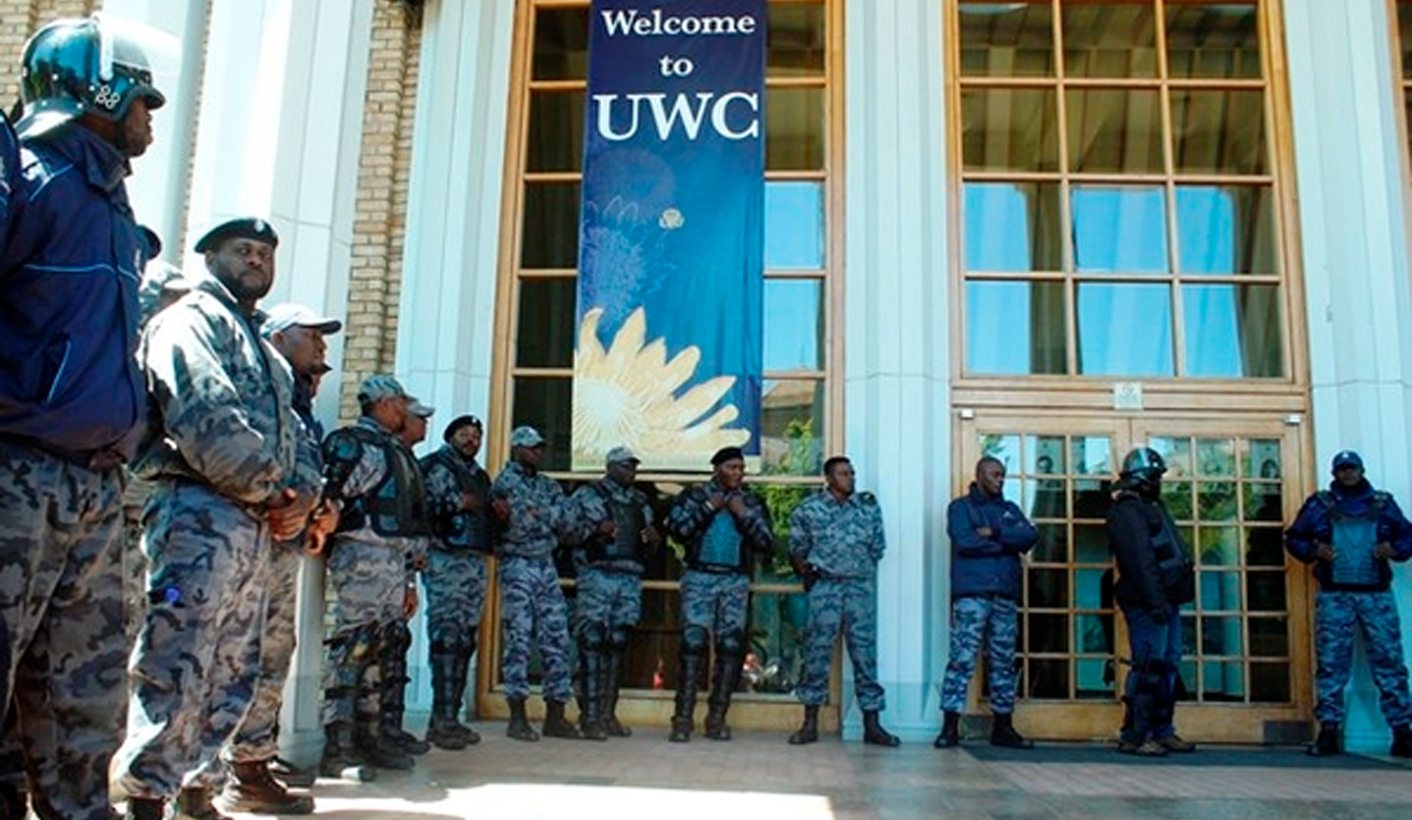 University of the Western Cape students claim they were forcibly evicted and had to sleep in the streets, while some locked themselves in their rooms. Students also claim they were assaulted by members of the university’s security.

The matter stems from a decision by UWC that all its residences would be closed from 17 December 2021.

The closure, said UWC spokesperson Gasant Abarder, was for deep cleaning to take place so that the university could implement an interim Covid-19 vaccination policy. In terms of the policy, only vaccinated staff and students will be able to return to the campus in 2022.

All students were asked to leave on 17 December, but there was a standoff between students and Campus Protection Services personnel at the university, which lasted until 21 December.

Students claim they were forcibly evicted and had to sleep in the streets, while some locked themselves in their rooms. Students also claim they were assaulted by members of UWC security on 22 December.

Lawyer Barnabas Xulu, representing the 44 students, wants the high court to declare the eviction of the students from the Hector Peterson Residence unlawful.

Xulu also wants the court to order the university to return all the students’ possessions with immediate effect and that all students have full and unimpeded access to their accommodation.

Luyanda Nako, one of the 44 students, said in his confirmatory affidavit: “On 22 December, students were forcefully evicted from their rooms by the university security personnel called ProEvents and Campus Protection Services.

“I was shot in the face by one of the security guards and, as a result of that, I am having problems with my vision and eyesight. I had to resign at work because I could no longer work properly. I cannot use the laptop.

“A violent act was committed against me. I am left traumatised and deeply hurt.”

Adeyemi Badewa, a master’s student at UWC, in his confirmatory affidavit said that since the incident he has been unable to continue with his research because of the psychological trauma and the nyctalopia he suffered after he was pepper-sprayed in his eyes.

On Monday, Xulu told Maverick Citizen: “The alleged brutality that these students endured at the hands of the security guards is the reason for the relief sought. Nobody wants to talk about the violence.

“In our draft order we requested the Western Cape High Court to make it an official document. The matter still needs to be ventilated and rubber-stamped by the court.”

In December last year, the students sought an urgent interdict against the university to halt their eviction from residences, and the Western Cape High Court ordered the university to provide alternative accommodation.

Abarder said the students have been staying at a private residence, as directed by the court, until the matter has been finalised.

“The affected students were relocated on 21 and 22 December. In line with the undertakings made in previous communications, it was agreed that the university would provide such alternative accommodation until February 2022.”

The matter was on the roll for Monday, 24 January 2021, but was unable to be heard then because no judge had been allocated. DM/MC