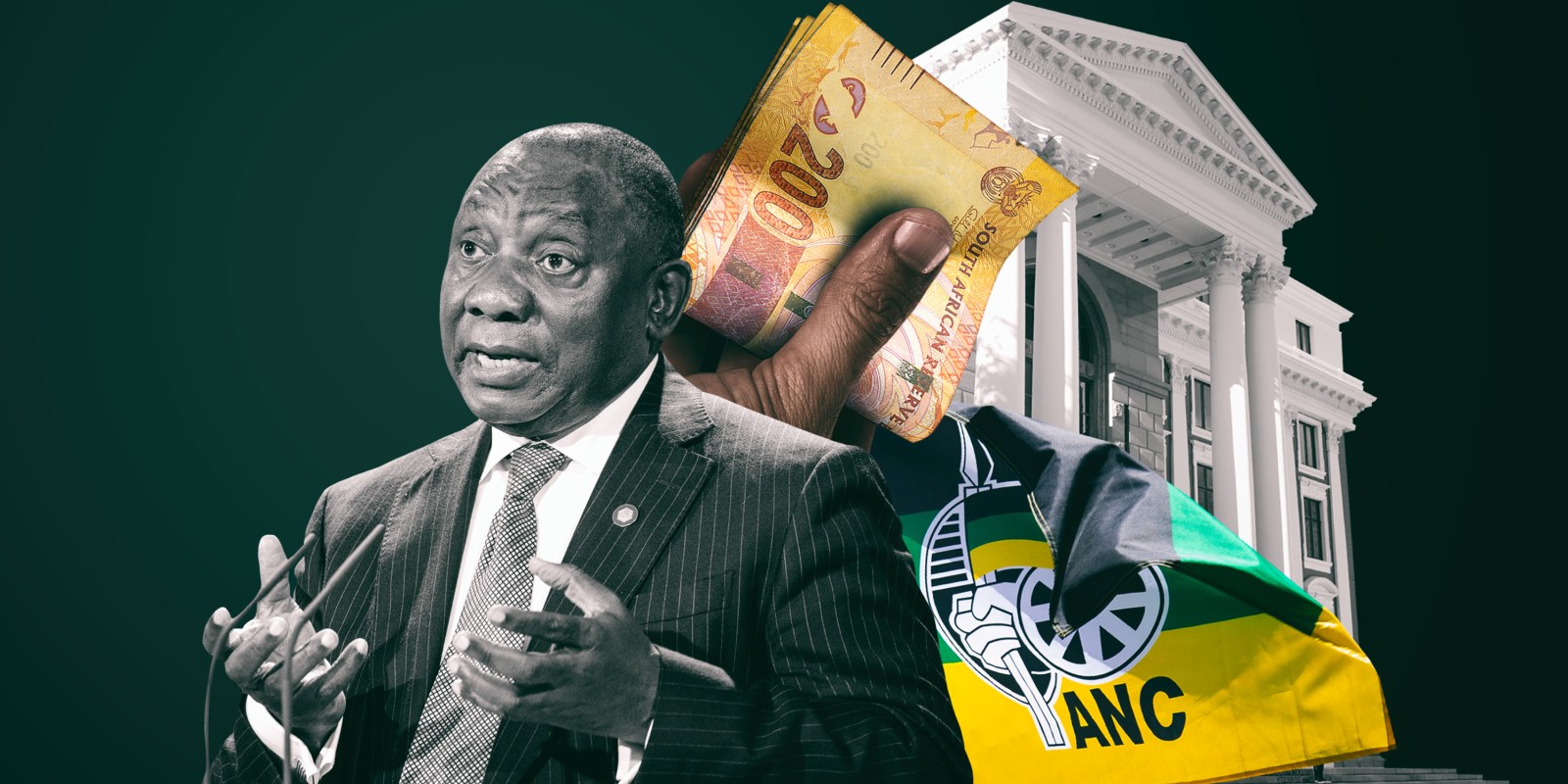 ‘The president owes this committee, government and citizens an explanation and to take the country into his confidence about what he knows and doesn’t know,’ said Scopa chairman Mkhuleko Hlengwa.

Parliament’s powerful Standing Committee on Public Accounts (Scopa) resolved on Tuesday evening to write to President Cyril Ramaphosa and ask that he explain in writing, within seven to 10 working days, statements that he made in an incomplete leaked voice recording from a National Executive Committee (NEC) meeting that appear to indicate he knew public money was used for ANC campaigning prior to the party’s 2017 Nasrec conference.

“We are duty-bound to look into matters that have a direct bearing on the public purse, appreciating that it is through accident or coincidence that we stumble on information or pointers,” said Scopa chairman Mkhuleko Hlengwa.

“I fundamentally believe the president owes this committee, government and citizens an explanation and to take the country into his confidence about what he knows and doesn’t know. This clip fits on the desk of the president. It would be a dereliction of duty if we didn’t hold the executive, including the president, accountable.

“The others can play their politics in Parliament, we have to rise above that. The number one citizen has information that we need to push back on the frontiers of corruption.”

Hlengwa said that Parliament’s legal services would draft the letter to the president and that it would reach him by Thursday at the latest.

Letters would also be sent to the Public Protector, who has been asked to investigate the matter by now-former Scopa member Mervyn Dirks, and to the Auditor-General and the State Security Agency (SSA). The latter because it was allegedly this department’s money that was used by the ANC for the elective conference, and the former because the Auditor-General did not appear to have picked up the anomaly during audits of the SSA.

Hlengwa said it would be made clear to the president via correspondence that Scopa “reserved its rights to invite him and other affected parties” to offer an explanation to the committee once it had received his response.

It was ANC MP Dirks who wrote to Hlengwa on 22 December asking that Ramaphosa be summoned to account for his statements. Dirks, known to have been a supporter of former president Jacob Zuma and the RET faction of the governing party, was consequently removed from his Scopa position by ANC Chief Whip Pemmy Majodina.

Tuesday night’s virtual meeting lasted for over two hours, with Dirks the first to present to his once fellow Scopa members. With a South African flag projected in the background of his feed during the meeting, Dirks said that his approaching Scopa should not be viewed as a betrayal of the ANC or its leaders.

He said Ramaphosa had the opportunity when he testified at the State Capture Commission to come clean about the use of public funds for political party activities, but did not.

“We can’t beat about the bush about using public funds for party matters, it is a crime. It is also a crime for anyone aware of this to not report it to the authorities. The president goes even further in the clip to make his criminal conduct seem virtuous by saying he will fall on his sword.

The president allegedly having knowledge about the misuse of public funds was a serious breach of the Ethics Code, according to Dirks, which is why he approached the Public Protector, who has the mandate to deal with such matters. He said he would also be addressing a letter to acting Chief Justice Raymond Zondo – who chaired the State Capture Commission – about the matter.

Advocate Fatima Ebrahim, in her draft to Scopa on the legal elements of the matter, said that Dirks’ letter was only based on a leaked portion of the audio clip, which did not provide context to the discussion. “Nonetheless, it implies public money was used in the run-up to the Nasrec conference for [the ANC], and it was channelled from the SSA, which is audited by the AG.”

If public funds, unauthorised in terms of the Public Finance Management Act had been utilised, continued Ebrahim, questions that needed to be asked included if the spend was captured in financial statements, if the spend was noticed by the AG, and if not, why not. Scopa needed to know the entities involved and could then call individuals to account, she said.

In the audio clip, the president alluded to contracts, she said, and those would have to be probed.

Scopa’s focus would have to be limited, said Ebrahim. It was not for the committee to consider the conduct of the president and if he failed to provide information to the State Capture commission.

Ramaphosa should be invited to appear before Scopa, she said, and a summons would only be issued “as a last resort” if he was unwilling to do so.

Hlengwa told his committee members that he was “somewhat” surprised when, on Monday, he received a request from the SSA asking for documentation pertaining to Tuesday’s meeting so that the agency’s representatives could “prepare”.

“We are not at that point yet,” he said. If SSA representatives were listening to Tuesday’s meeting – open to the public – “it was only to listen in on what is being discussed. The committee has to conclude on a logical sequence [on how to take the matter forward before getting to the stage of supplying documents],” he said.

There has been speculation that Dirks’ prickling of the conscience coincides with an ANC election year, and could be an attempt to cast aspersions on the State Capture commission’s findings, which have thus far implicated Zuma and various acolytes in acts of alleged criminal conduct. But there also appears to be widespread support within the public, Parliament and the ANC for Ramaphosa to disclose what he knows of the criminal utilisation of public funds for party matters, and to be held accountable.

In his submission on Tuesday evening, DA Scopa member Alf Lees said of the leaked audio: “Let me say, if I was President Cyril Ramaphosa, I would think he would volunteer to deal with this matter transparently and openly and be willing to come and address this committee and say these are the facts, to ensure the Presidency is not tainted with the same corruption brush that taints so many who have been tainted and still are in Parliament and haven’t been called to this committee.”

Lees said he was not in favour of asking for responses from Ramaphosa via writing, as in his experience these were rarely adequate.

“I am not aware of a single member of government who has fully and transparently replied to my questions. That has got worse in the sixth Parliament.”

Nokuzola Tolashe (ANC) congratulated Dirks for bringing the matter before the committee, but cautioned that Scopa should not be “emotional” about it.

“We need to not cut corners, we mustn’t be emotional or vindictive, we must deal with facts and give ourselves time. We are not a court of law and mustn’t give that impression.”

Another ANC Scopa member, Sakhumzi Somyo, said procedure should be followed “and we should stick to it”.

“We can’t circumvent [procedure] because it is the president. Equality at all times should be expressed and practised. We must stick to the known procedure.” DM