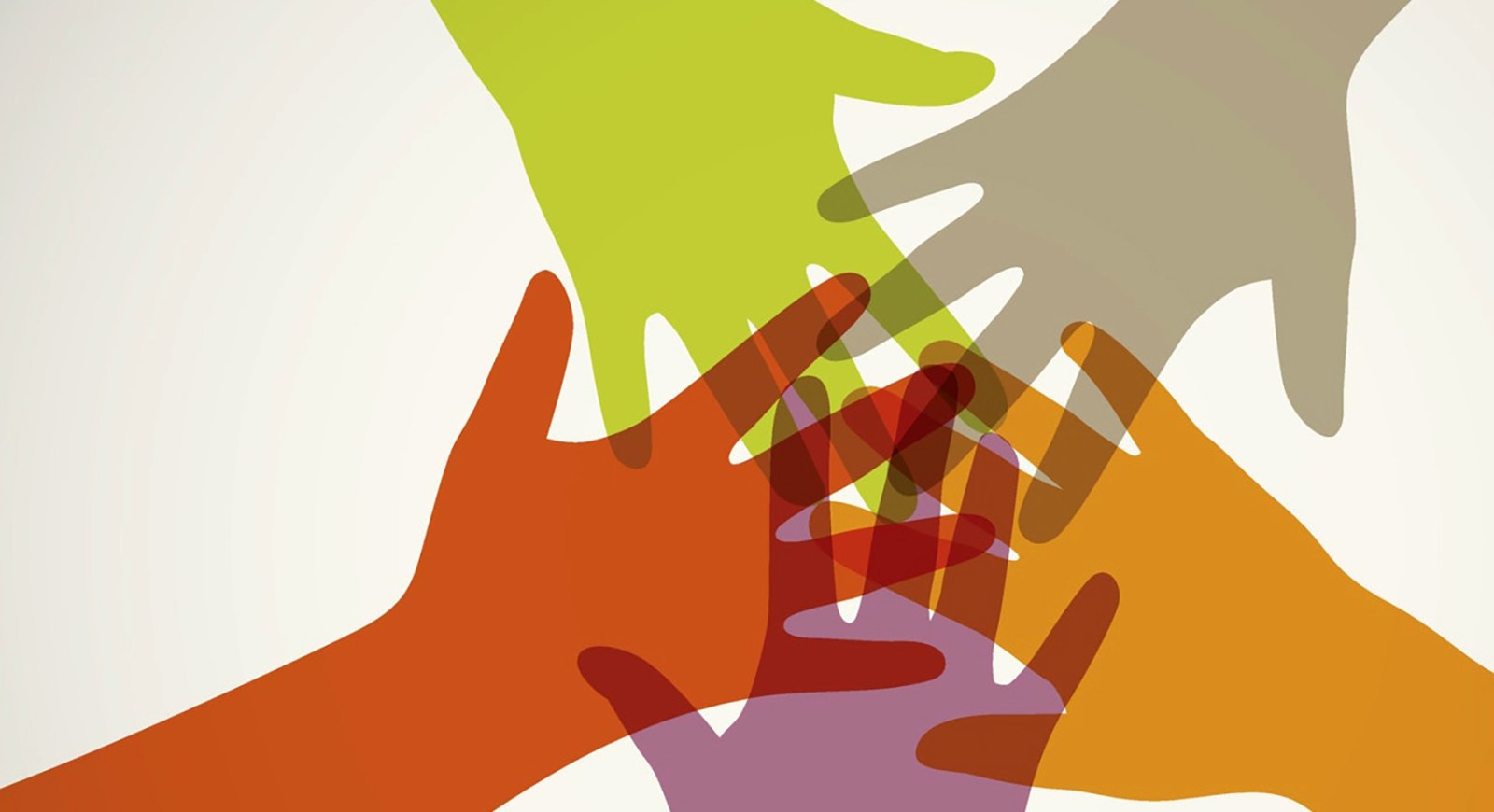 The economy and Constitution must work together to advance dignity and wellbeing. (Photo: tcf.org/Wikipedia)

When civil society and the President met last week to discuss a Basic Income Grant, once again the outcome of the meeting was not to take hard decisions but… to hold more meetings. ‘We agreed to have further engagement on the proposals as part of broader consultation among all stakeholders,’ said the Presidency. Unfortunately, hungry people can’t eat consultations, or the tens of millions of rands spent by the government each year on catering for meetings and then more meetings.

Although we are not at war, South Africa is a country engulfed in a large-scale humanitarian crisis. Unemployment and hunger are at unprecedented levels, with poor people competing for street corners from which to beg, streets to recycle waste from and food to eat from rubbish bins. Socially determined epidemics of suicide, femicide, substance abuse, crime and antisocial behaviour are symptoms of this crisis.

We, the better off, continue to remain neutral about the suffering of our fellow citizens at our peril.

To try to find systemic solutions to this crisis, last week a group of activists – ​​the Institute for Economic Justice (IEJ), Black Sash, Studies in Poverty and Inequality (SPII), Amandla.mobi and #PayTheGrants – met President Cyril Ramaphosa to discuss improving social security systems. Social security, and “social assistance if people are unable to assist themselves and their dependents”, is a constitutional right.

The activists were positive that, after two years of waiting, the President afforded them a meeting. They presented research, evidence and arguments to support a Basic Income Grant (BIG) in particular.

According to a statement released by the civil society organisations: “Our  main  recommendations  include: immediately extending the Covid-19 [Social Relief of Distress Grant (SRD)], expanding its eligibility criteria to reach more people, and increasing  the amount to at least the Food Poverty Line (currently R624). Importantly,  its current existence relies upon regulatory powers provided under the State of Disaster, which faces the growing possibility of cancellation. Therefore, if the SRD lifeline is not to be prematurely cut, it must now be extended via adoption in the Social Assistance legal framework until at least  February 2023, or until a BIG is phased  in.”

From the government’s side, according to a statement by the Presidency, there was an acknowledgment that:

“​​The SRD grant coverage has grown significantly since its introduction, from six million to 10.3 million recipients a month [and] reached many of those most vulnerable in our society. Research has confirmed the positive impact of this grant in reducing poverty and hunger.

“President Ramaphosa expressed his deep concern around the hardship faced by the more than 13 million unemployed and impoverished people in South Africa and the need for government to protect the dignity of all its people while being mindful of the resource base.”

As it stands, the SRD grant is due to come to an end in April.

Reports of the meeting sound promising but, once again, the outcome of the meeting was not hard decisions but… more meetings. “We agreed to have further engagement on the proposals as part of broader consultation among all stakeholders,” said the Presidency statement.

Unfortunately, hungry people can’t eat consultations, or the tens of millions of rands spent by the government each year on catering for meetings and more meetings.

Neither does the prevarication end there.

Later the same week, the Presidential Economic Advisory Council (PEAC) made a recommendation that the President should overlook recommendations to introduce a system of Basic Income Support that have been made by an expert panel, supervised by the Interanational Labour Organisation, and presented to the Department of Social Development at the end of 2020 (their report is here). They argue that that report “contains significant technical weaknesses that lead to an understatement of the costs and risks involved”. They warn:

“If a decision is made to expand social grants spending in an unaffordable manner, or in a manner which requires sizeable, contractionary tax increases, this would constitute a significant economic policy error.”

Instead they repeat a mantra that “a growing economy is the only sustainable route to permanently expanding social grants and other public services”.

But what, one wonders, do those who have sacrificed jobs to Covid-19 lockdowns, or who have been stolen from during State Capture, do to survive in the meantime?

It seems odd that the President’s advisers, in all 22 pages of their report, make no mention of and give no recognition to the constitutional rights of people they condemn to penury. They call “rising levels of poverty, unemployment and inequality” a “negative situation”.

This confirms the suspicion that economists see the economy and the Constitution as disconnected, and that when they are put in the ring together the economy always wins – before blows have even been exchanged. (I have written a legal analysis about this issue in an article published in the latest edition of the Constitutional Court Review, available here).

This leaves the President between the rock of the economy and the hard place of mass hunger among the people he is meant to serve. It leaves the poor hungry and hopeless and made to beg, borrow or steal for themselves. A decision to leave the humanitarian crisis largely untended risks social upheaval that may prove far more costly than the introduction of a grant.

While individual business leaders like Colin Coleman have called for a BIG, we think it is time that Business Unity SA (BUSA) reassured the President that a BIG is both necessary and feasible and that the markets will not punish SA Inc for this. They should offer to share collective responsibility with the government for the decision.

A few weeks ago, Business Leadership South Africa (BLSA) and BUSA were offering to fund the NPA as a mea culpa for their involvement in State Capture. This was rightly rejected by activists who pointed out that direct funding from business would threaten the independence of the NPA. But instead of putting its money back in its deep pockets, business could volunteer for higher taxes, or a one-off State Reconstruction tax, as a quid pro quo for better delivery.

That would not be unheard of. In Europe, for more than a decade, a group of rich people with consciences have been petitioning governments to raise their taxes.

In his reply to the debate on the State of the Nation Address (SONA) in 2018, Ramaphosa said:

“​​all the members of this Parliament are committed to build a nation where progress is measured not by growth in gross domestic product or global competitiveness rankings, but by how the lives of the most vulnerable and marginalised are changed for the better.

“We are building a nation where our greatest concern must be those in society who have least. The poor. The unemployed.

“The most important people in this country are not those who walk the red carpet in Parliament, but those who spend their nights on the benches outside its gates.”

What did he mean? As we get closer to the 2022 SONA, Ramaphosa, Finance Minister Enoch Godongwana and all the President’s economic advisers need to understand one more important thing: so-called fiscal consolidation, refusing to invest in people and public services, weakens the state and explodes social cohesion. In the medium term it does not save public expenditure, in fact it does the very opposite: it externalises costs to the poorest of the poor. Ultimately it increases expenditure by forcing the government to spend on foreseeable crises rather than preventing them in the first place.

The July 2021 rioting, which cost R50-billion in lost output alone (never mind the lives and livelihoods that economists don’t count), is evidence of this.

There are better ways of consolidating expenditure – such as eliminating the R488-billion unaccounted for in irregular expenditure and immediately implementing the Zondo Commission recommendations on public procurement.

We do not pretend these issues are easy. We do not deny the power of the markets and big finance to intimidate economic policy; we accept that rational controls are needed on expenditure, but there is another way. Above all, the much-vaunted Constitution demands it.

Ignore bad advice and do the right thing, CR. DM/MC