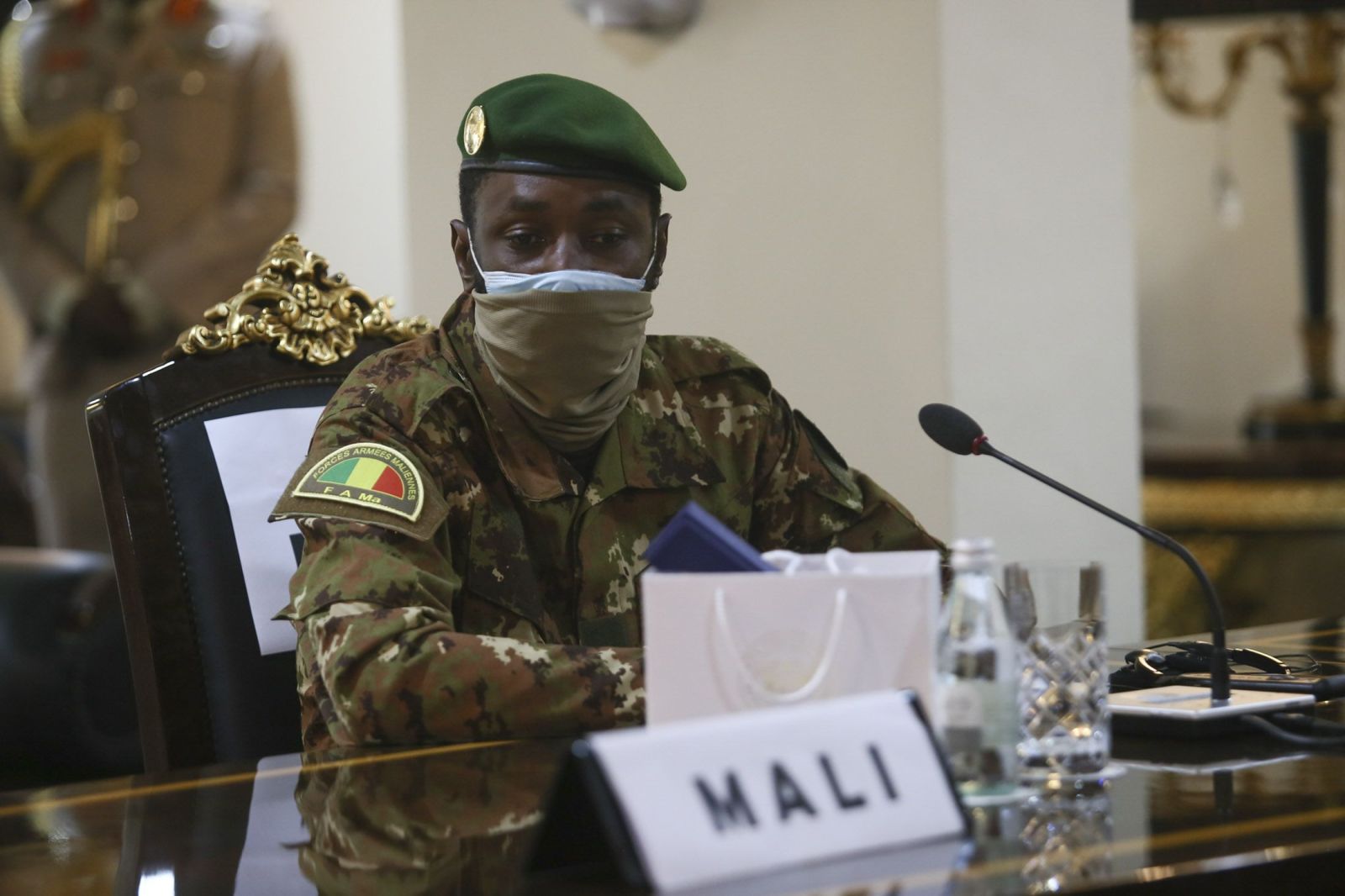 Unproductive arm-wrestling distracts from the key issues and could steer Malians even further from democracy.

On 14 January, huge crowds gathered in Mali’s capital Bamako and other towns to denounce sanctions imposed on the country by the Economic Community of West African States (Ecowas) and West African Economic and Monetary Union (Waemu).

Protesters responded to a televised address by the transitional president and junta leader, Colonel Assimi Goïta in which he described the sanctions as “illegal, illegitimate and inhumane” and invited public mobilisation to denounce them.

The sanctions were triggered by the government’s attempt to extend the transition period by five years, beginning 1 January 2022, despite a commitment to holding elections this February. But the sanctions made many Malians angry and awakened a sense of patriotism that benefits the transitional government. The diplomatic, trade and financial restrictions include a trade embargo and freezing Mali’s assets at the Central Bank of West African States.

The measures were intended to isolate Mali, weaken its economy and encourage citizens to pressure their leaders into speeding up elections — adding to the external pressure from the country’s main diplomatic partners. But the strategy hasn’t worked.

After the announced closure of air and land borders between Mali and the other Ecowas countries, Guinea — also in a transition following a military coup in September 2021 — said it wouldn’t enforce them. So Mali retains maritime access through the port of Conakry which, although lacking the capacity of Dakar or Abidjan, provides some breathing space while the sanctions last.

And neither Mauritania nor Algeria, which border Mali and also have ports, seem inclined to support Ecowas and the monetary union’s punitive approach. Neither country is a member of these regional organisations.

This situation weakens the sanctions regime, which was also questioned at an African Union Peace and Security Council meeting on 14 January. Three days later, a Malian delegation began a tour of Guinea, Mauritania and Algeria to strengthen bilateral ties as part of a ‘response plan’ to the sanctions.

Malian markets have already seen some price increases since the announcement of sanctions, but these remain limited so far. Meanwhile, suspending trade could harm economies other than Mali’s. As a major importer of manufactured goods, Mali is a key customer for the ports of Dakar and Abidjan, which could see a business slowdown.

The trade embargo could also damage other coastal countries’ economies, such as Côte d’Ivoire and Ghana, which depend on Mali for livestock and meat imports. The costs of these commodities have already soared in recent months due to insecurity in the Sahel. In 2012, when Ecowas imposed similar restrictions on Mali, Ivorian farmers protested when their plantains and other perishable goods destined for Mali were stopped at the border.

This time around, the Ecowas sanctions include exceptions that should allow trade in staple foods. However other products will be blocked, potentially increasing internal pressure on West African governments that trade with Mali.

Far from weakening popular support for the transitional authority, the sanctions have provoked a national outcry. Malian opinion has united in ‘sacred union’ around a government that has become difficult to criticise without appearing unpatriotic. Although undoubtedly triggered by the Ecowas decision, this wave of sovereignism also reflects suspicion of French interference after months of escalating diplomatic tensions between Mali, Ecowas and France.

Engaging in arm-wrestling poses significant risks to Mali, which could face an inflation and liquidity crisis. But such tactics could also backfire on Ecowas, whose image has already been damaged nationally and regionally.

By repeatedly imposing sanctions, the organisation is seen in Mali as a punisher rather than a partner. Many have forgotten its central role in helping Mali’s armed forces fight insecurity since the crisis started. As early as 2013, several countries in the region took part in the African-led International Support Mission in Mali (Afisma). They continue participating in the United Nations Multidimensional Integrated Stabilization Mission in Mali (Minusma), the UN mission that succeeded Afisma.

Ecowas’s insistence on Mali’s rapid return to constitutional order contrasts with its silence on constitutional manipulation in Côte d’Ivoire and Guinea aimed at legalising a third presidential term. The body has also been quiet about authoritarian excesses in several other countries in the region. This double standard hasn’t gone unnoticed, and to some, it is proof that Ecowas is bullying the country.

Failure of the sanctions could signal weakness, adding to the Ecowas legitimacy crisis and ultimately discrediting it. This could also be the outcome if armed jihadist groups in Mali took advantage of the confusion created by the sanctions crisis to make inroads.

To break the deadlock, the situation must be de-escalated and dialogue restored. The mutual recall of Malian and Ecowas ambassadors (Ecowas recalled its ambassador and Mali announced it would reciprocate) is counterproductive and limits communication channels. Reversing this measure should be the first step towards lifting sanctions.

Mali’s international partners must focus less on election dates. Instead, dialogue should be directed at concrete objectives that a transition extension — now inevitable — should serve. In this dialogue, political parties and civil society could be powerful allies in finding a balanced solution and distinguishing urgent reforms from those that can wait. The involvement of these groups would allow Ecowas to leverage internal pressure and reduce suspicion of manipulation from outside the region.

Mali’s crisis won’t be resolved by holding quick elections within a dysfunctional political system. This recipe was tried in 2013 and didn’t solve the underlying problems. Instead, it perpetuated flawed national governance practices, eventually producing the 2020 post-election crisis. Taking the same path can only steer Malians further away from democracy. DM