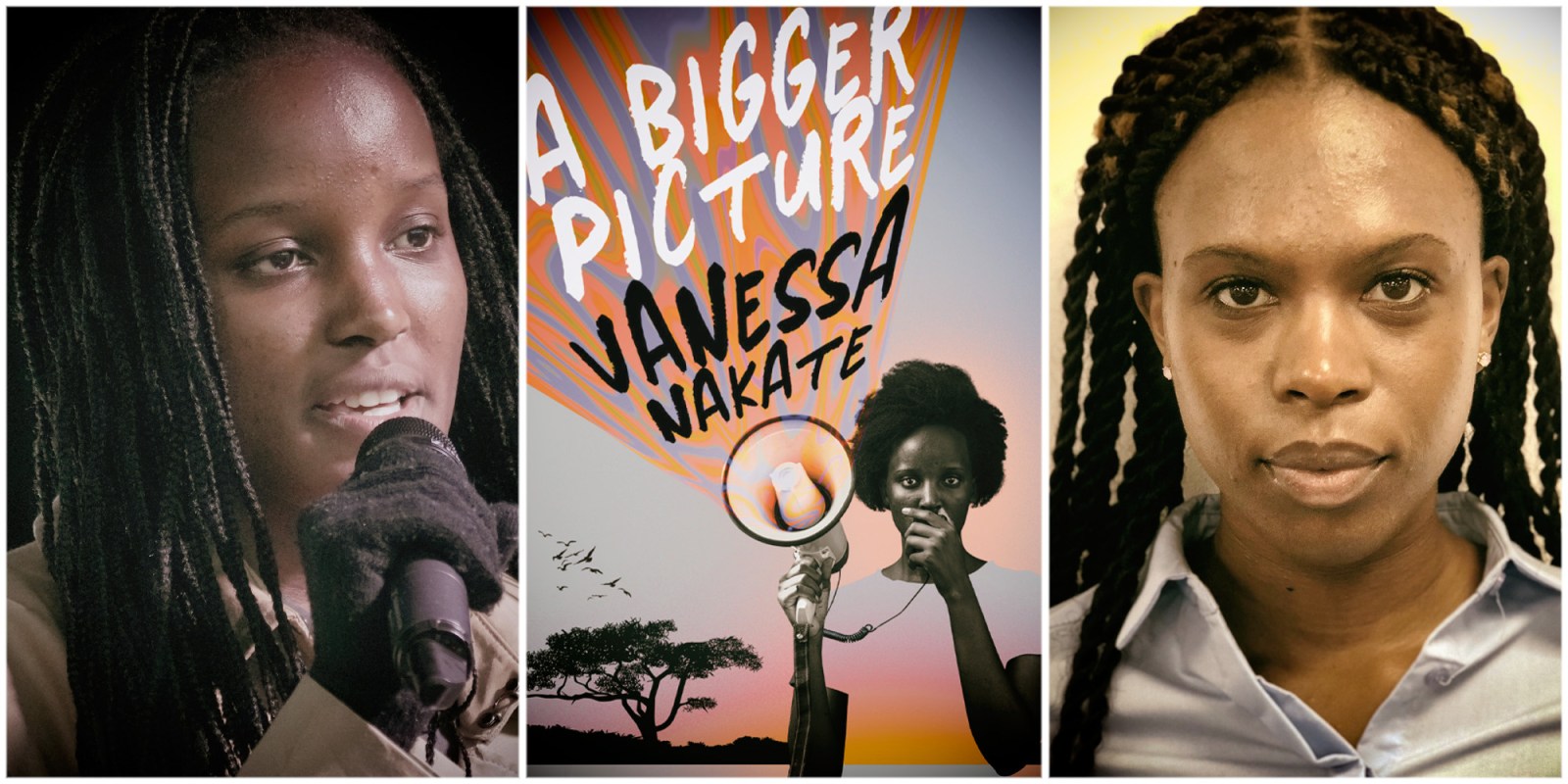 Our Burning Planet’s Onke Ngcuka converses with climate activist and debut author Vanessa Nakate about the intersectionality of the climate crisis on Africa’s people.

In the webinar, Our Burning Planet climate journalist Onke Ngcuka and Nakate discussed the activist’s debut book, A Bigger Picture, and the need for an intersectional approach to the climate crisis, climate finance and how different people experience different impacts.

A key aspect of the conversation saw Ngcuka and Nakate discuss the term ‘survival lives’, a phrase that Nakate uses in her book.

“When I talk about survival lives, I mean that what [people]… earn today is what they feed on, or what their children feed on, and many times it is these people who face some of the worst impacts of the climate crisis.”

Nakate explained that when climate disasters destroy people’s crops or dry their water source, it has an impact on a whole family’s source of food as well as their source of income.

“For example, when you talk about how the climate crisis destroys people’s farms, or dries people’s water sources, you find that there is a family, and that family depends on the food that they grow on their farm, they depend on those crops as food and also as income.

“This has a knock-on effect of pushing many people into extreme poverty and generational poverty traps.

“The more their sources of income are destroyed, the more poverty traps are created in families… the more disasters happen, the more children drop out of school, the more girls are forced into early marriages as their parents expect bride price,” said Nakate.

Nakate reflected that while the climate crisis will eventually affect all of us, its effects right now are disproportionate.

“Right now, we are all facing the same storm, but we are in different boats – there’s people whose boats are already sinking… people who can’t adapt or recover from climate disasters,” said Nakate.

Economic implications of transitioning to a greener world

Nakate and Ngcuka also discussed the issue of how many African communities rely on things that are unsustainable or contribute to greenhouse gas emissions, like logging (cooking with log fires), or the many people dependent on the coal sector for jobs, or the economic and job prospects of the East African Crude Oil Pipeline.

“In communities in Uganda and Tanzania, there is this joy and happiness that there’s this economic progress, that this is going to be a source of employment,” said Nakate.

“And, of course, this is something that I understand – I have been at a place where I also saw this project as economic progress. But then when you become an activist, you start to look at the environmental impact of some of these things.

“So the question is, should we stop pipelines or coal power plants in Africa? And should people lose jobs?”

Nakate said that climate justice shouldn’t leave people with no access to income or access to food.

“We cannot put blame on someone who is cutting down a tree somewhere in Africa so that they can provide food for their families,” said Nakate.

Instead, Nakate believes the solution to this is climate finance for African countries to be able to build sustainable economies.

Speaking from her experience, in her three years of being a climate activist, Nakate said she has never been invited by a political or a government leader to discuss the work she has been doing, and doesn’t think other activists have been in those spaces either.

“I think there is a huge responsibility, not just on the people in Africa, but also for [our] leaders in Africa to really address the climate issues. We’ve seen how the climate crisis is impacting the African continent. So, we need a unity of everyone, including the African leaders, to demand climate justice.”

The next UN Climate Change Conference (COP27) will be held in Egypt this year and Nakate said that as “it’s going to be on African soil on African land”, it’s important for African leaders to come together and talk about what is happening in African countries and demand climate finance – not just for mitigation and adaptation, but for loss and damage.

Nakate ended the webinar by saying about her debut novel: “It’s not just my story, but stories of different activists as well, from different parts of the African continent.”

Nakate hopes readers will gain an understanding of what young people all over Africa are doing to protect their environment, and learn about the intersections of climate change – such as with poverty eradication, achieving Zero Hunger and community health. DM/OBP

Order your copy of Vanessa Nakate’s ‘Bigger Picture’ from the Daily Maverick Shop. Maverick Insiders get 10% off.