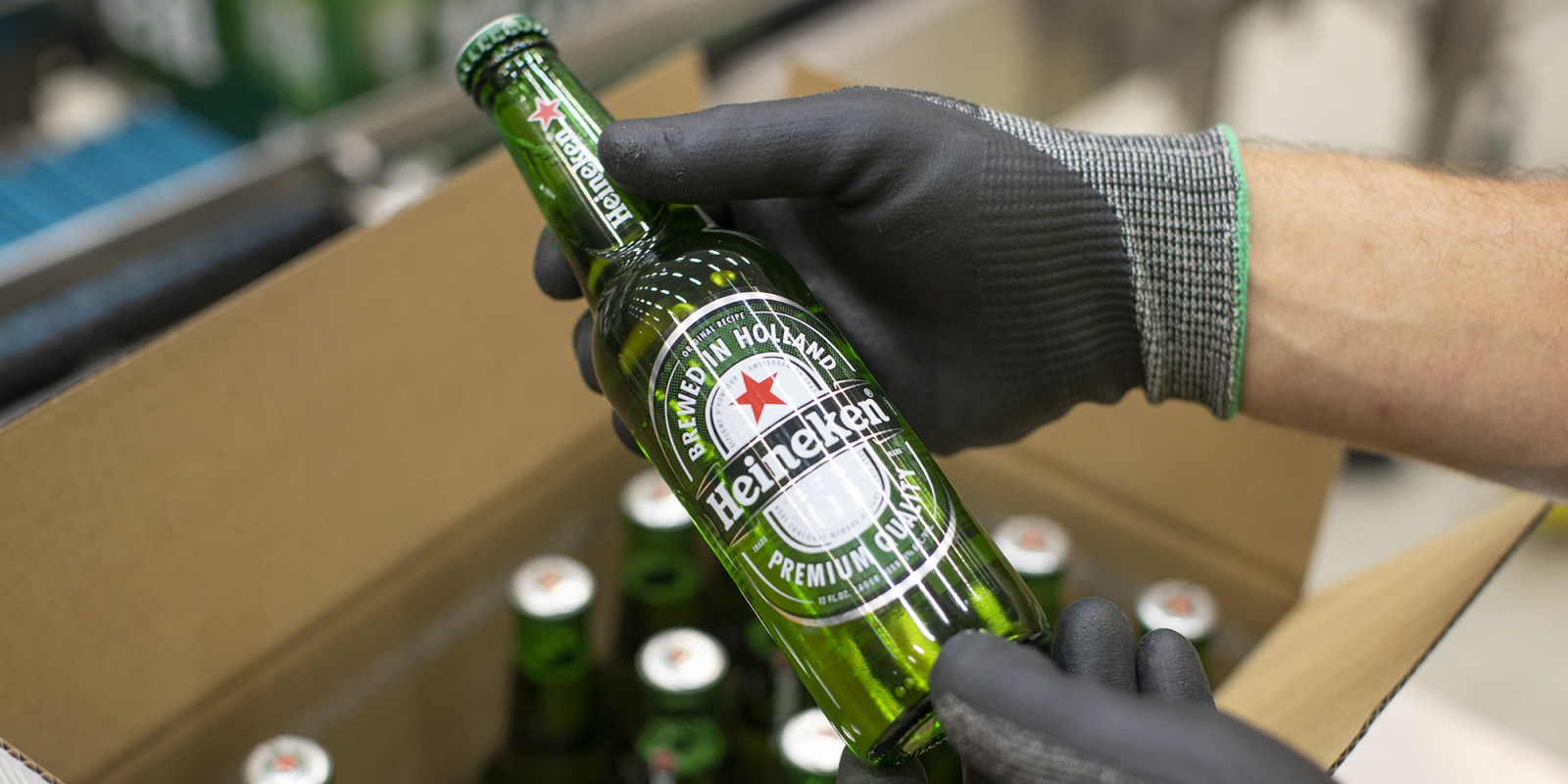 An employee carries out quality checks on a Heineken beer bottle on a packaging conveyor at the Heineken NV brewery in Zoeterwoude, Netherlands. (Photo: Jasper Juinen / Bloomberg via Getty Images)

Distell shareholders have some reading to do, as they could choose to accept the cash (R180 per share in total) or roll into one or both of the unlisted companies alongside Remgro.

Capevin is the other company name you need to remember. It will house the Scotch whisky business and the cash cow that is Gordon’s Gin.

Distell shareholders have some reading to do, as they could choose to accept the cash (R180 per share in total) or roll into one or both of the unlisted companies alongside Remgro. There are several interesting permutations that were being considered by the professional investment community in the past week.

Stor-Age: slow and steady is winning the race

JSE-listed real estate investment trust (REIT) Stor-Age has differentiated itself in the market and that approach has paid off. As the only self-storage REIT on the local market, it has a reputation for being a solid performer and a defensive stock.

It was the baby thrown out with the REIT bathwater during the Covid sell-off in 2020. In a classic risk-off trade, a self-storage business was sold by the market just because malls were empty. It didn’t make any sense, which created a juicy opportunity for a trade.

With the release of third-quarter results, the fund has demonstrated an ability to keep growing its business across the UK and SA. The company has a development joint venture with Nedbank and is currently working on two properties in Morningside and Bryanston. In the UK, Stor-Age’s Storage King brand is making acquisitions and the group has another joint venture as well.

The market’s support for this business was clearly visible with a bookbuild to raise R575-million in a matter of hours for the latest acquisition in the UK. The bookbuild was oversubscribed multiple times and the issue price was a discount of just 0.92% to the 30day volume-weighted average price.

There is still significant appetite among local fund managers for great property assets and Stor-Age has become a market favourite.

Woolworths shocked the market by announcing a drop in headline earnings per share of between 30% and 40%. Considering many South Africans won’t move to a small town just because there may not be a Woolworths Food there, that number will surprise you.

The problem isn’t the local Food business, although I keep beating the drum that it is under major pressure from Checkers in its core high-LSM market. Price increases of 2.6% were below product inflation of 3.7%, which means that Woolworths is experiencing margin and pricing pressure. The days of high turnover growth in this business appear to be over, so this is making the cracks in the rest of the group appear even wider.

The Fashion Beauty Home business has been the underperformer locally in recent years. In this period, turnover growth was ahead of the Food business.

That’s more of a reflection on a slower Food business than anything else, as turnover growth was only up 4.7% in comparable stores. Profitability is what really matters, of course, so hopefully a 6.1% decrease in the footprint is helping to drive efficiencies and improve trading density (sales per square metre).

The real nightmare is still in Australia, Ian Moir’s deal legacy that everyone wishes wasn’t there. With Australia having had some of the most draconian lockdown rules in the world, 70% of the bricks-and-mortar stores couldn’t trade over this period. Online sales increased by 44.2% and contributed 28.1% of the total, saving the group from a complete catastrophe. A decrease in comparable store sales at David Jones of 9% and Country Road Group of 3.2% doesn’t bode well for profitability.

Kaap Agri has announced the R1.1-billion acquisition of PEG Retail Holdings, a group operating service station forecourts and the associated amenities that are a feature of South African road trips. The company leases rather than owns the properties, usually from the oil companies themselves, which makes it a capital-efficient operation. That’s good news for shareholders.

Kaap Agri’s market cap is only around R4-billion, so this is a transformative deal for the company. The most impressive thing about the transaction is that it is being funded using existing cash reserves. That says a lot about the strength of the balance sheet.

A significant benefit of the deal is that PEG’s existing BBBEE shareholders have agreed to roll into the merged fuel operations, as Kaap Agri already plays in this space through subsidiary TFC.

The net effect is that Kaap Agri’s fuel business will increase its black ownership from 47.22% to 56.67%, crossing a critical threshold in the process. This is important, as the Department of Mineral Resources and Energy issues the retail fuel licences.