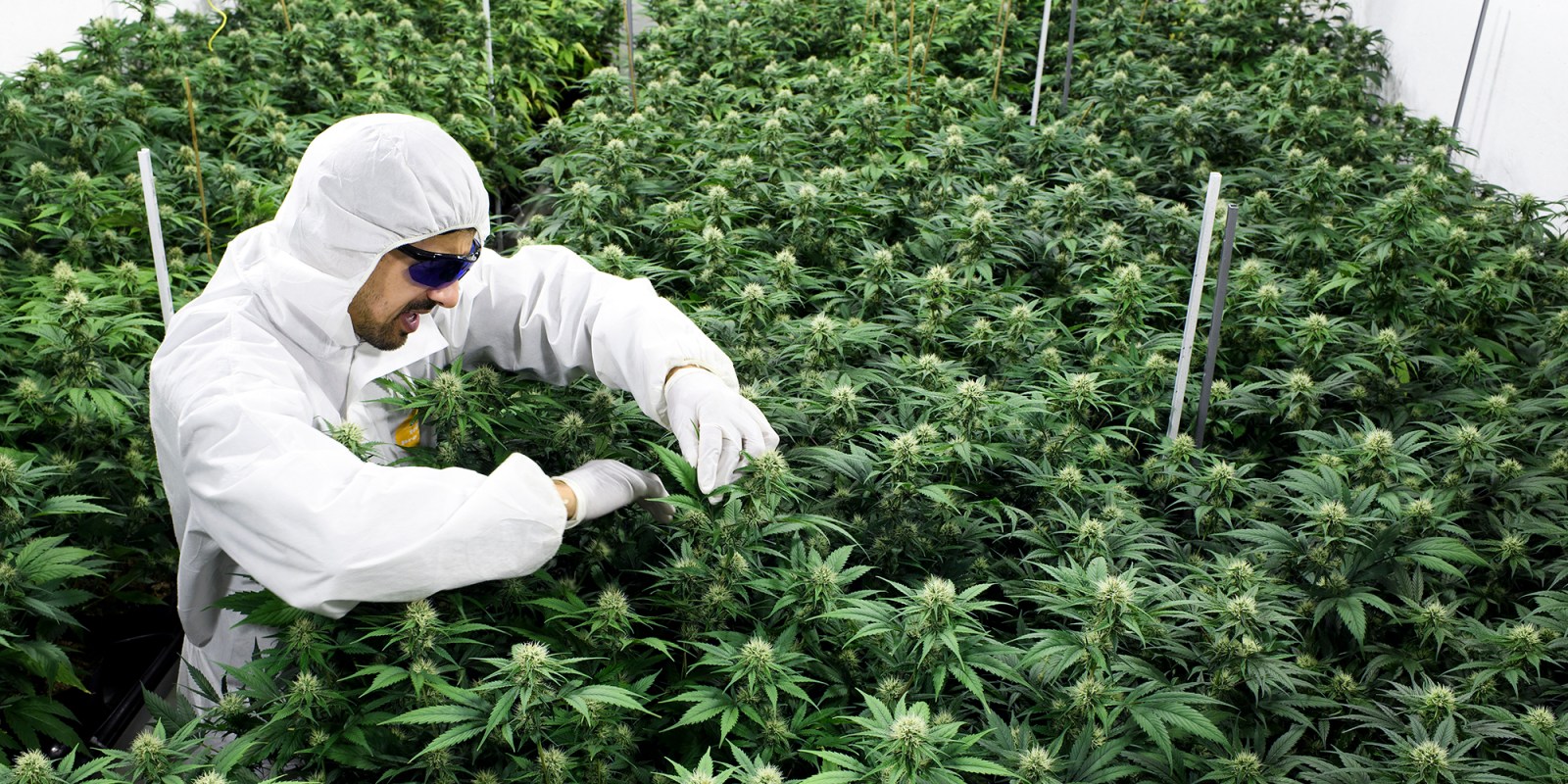 Chief Executive Herschel Maasdorp estimates that Labat SA will create 2,500 jobs over the next three years via direct and indirect employment on the back of expanding its franchise stores, industrial hemp roll-out plans, redistribution opportunities and farm operations. (Photo: EPA-EFE / Anthony Anex)

The CBD or cannabidiol market in South Africa is set to expand after Labat Africa’s recent acquisition of Miami-owned CBD lifestyle brand Echo Life, along with exclusive rights to distribute US pre-rolled hemp smokables Ace & Axle. However, there are red flags on the safety of some products the company plans to launch.

The public statement on the FDA website reveals that from December 2020 to July 2021 the FDA received adverse event reports from consumers and law enforcement describing 22 patients who consumed delta-8 THC products.

Of these, 14 presented to a hospital or emergency room for treatment following ingestion. Of the 22 patients, 19 experienced adverse events after ingesting delta-8 THC-containing food products such as brownies or gummies. Adverse events included vomiting, hallucinations, trouble standing, and loss of consciousness.

The FDA also states that national poison control centres in the US received 660 exposure cases related to delta-8 THC products between 1 January 2021 and 31 July 2021. There was also a single case prior to this period. Of the 661 exposure cases:

Delta-8 is currently being sold in some states in the US regardless of the FDA warnings, due to a legal loophole. A veteran narcotics officer, Joe Nicholson, told Mississippi-based WLOX News that the product is being sold in that state in vape pens containing less than a millilitre while the state statute banning the product defines a dosage unit as one millilitre or more.

According to Statista, the US has the planet’s biggest and most sophisticated cannabis market, valued at R927-billion. Recreational cannabis alone is predicted to exceed R619-billion in annual sales by 2026.

Maasdorp admits delta-8 is psychoactive but says, “You can think of it as a toned-down kind of psychoactive effect. The possible results of delta-8 include a euphoric high and reduced stress and anxiety. Most people describe a sense of calm, increased sensory perception.”

Responding to the FDA statement, Maasdorp says that after consultation with Labat’s medical and technical director, the company decided to include delta-8 in its scientific inquiry into active pharmaceutical ingredients (APIs) by researching various cannabinoids, including the combination of all these APIs to treat various ailments.

“All our products are trialled with our research company Biodata to ensure the safety and efficacy of the medicine and recommended protocols. Delta-8 will not be available on the shelves before it has been cleared by relevant regulations and stakeholders,” he says.

Products of Labat’s SA brand Cannafrica, which include cannabidiol medicinal drops, edibles and supplements, are aligned to South African Health Products Regulatory Authority regulations, while Echo Life adheres to standards set out by the US FDA.

The company has several irons in the South African fire, including the imminent conclusion of a transaction to acquire a fully licensed and operational cannabis cultivation facility. Maasdorp says Labat has had a working relationship with this facility since before it was issued with its cultivation permit, and the facility is soon to receive a permit for full extraction of the plant. Acquisition of the facility will see Labat continue supplying cannabis flowers to the international market.

“We are establishing part of our Ace Genetics African Genome & Landrace Project at this facility. The Ace Genetics Nursery and Breeding Programme deals with essential heritage and landrace genetics that will begin to ensure that the ownership of our indigenous knowledge systems (IKS) remains in southern Africa. This year will also see the construction of a Labat Healthcare EU-GMP [(good manufacturing practice] facility next to the cultivation site,” he says.

Maasdorp estimates that the company will create 2,500 jobs over the next three years via direct and indirect employment on the back of expanding its franchise stores, industrial hemp roll-out plans, redistribution opportunities and farm operations.

Currently, in terms of the Medicines Act, CBD can be freely sold without a prescription as long as it is a complementary medicine that:

Mirren Sharp, an associate at law firm Webber Wentzel, says processed products made from raw plant material intended for ingestion and containing 0.0075% or less of CBD, can also be freely sold. She notes that there has been a substantial increase in the number of CBD products available on the market since around May 2019 when the minister of health initially excluded certain CBD preparations from the Schedules to the Medicines Act.

“The general tenor of these submissions suggest that the bill has not been well received. It is not clear what effect this will have on when the bill may ultimately be passed,” she says.

South Africa has several players in the CBD field. In January last year, Distell and Remgro entered into a joint venture, each purchasing a 20% stake in cannabis wellness brand Rethink to form a three-way partnership.

Sharp says there have been incremental shifts in the regulation of the cannabis industry over the past few years and, more recently, the state has indicated via the Draft National Cannabis Master Plan that the commercialisation of the industry would be desirable for several reasons.

“It isn’t clear at this stage where precisely we’ll end up in terms of regulation, but I think most are hopeful for a framework that facilitates rather than impedes what could be a successful industry,” she says.

The African cannabis industry is not just serving domestic consumption, though. Canadian Instadose Pharma Corp shipped 2.125 tonnes of medicinal cannabis from South Africa to Macedonia in December 2021. In August last year, Highland Investments shipped 8.5 tonnes of medicinal cannabis from an outdoor cannabis cultivation facility in Lesotho to Europe. Highland Investments’ MD Mark Corbett told UK-based Cannabis Wealth that he believed this to be one of the largest legal shipments of medical-grade cannabis to date and a significant milestone for the business.

Labat recently listed on the Frankfurt Stock Exchange (FSE) with a R300-million cash injection from California-based GR Global Ventures in exchange for ordinary shares, funds of which will be allocated over a three-year period.

Labat’s director of retail, David Roque, says as with any emerging industry, there are a lot of new players, some of whom may not comply with regulations. “Consumers are unaware of the contents of those products and its effects. We place great value in compliance so that the customer knows that Cannafrica and Echo Life products are safe and can be trusted.”

Maasdorp says the substantial evidence that supports CBD’s anti-viral, anti-anxiety and anti-inflammatory properties make it highly attractive amid a global pandemic, although he says education and research into CBD benefits are ongoing. DM/BM