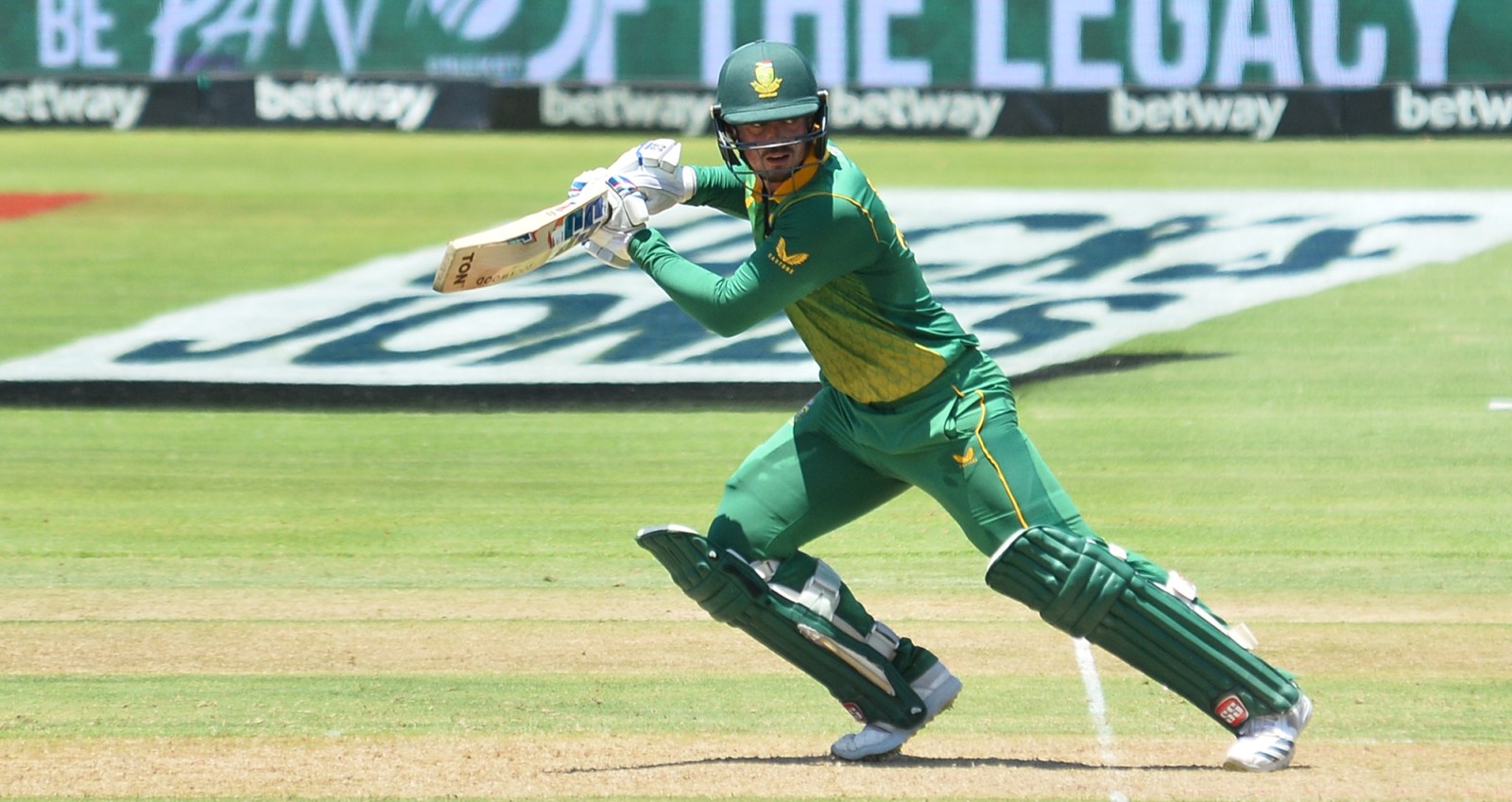 Quinton de Kock of South Africa scored 124 off 130 balls in the final One Day International against India at Newlands in Cape Town on 23 January 2022. (Photo: Grant Pitcher / Gallo Images)

The Proteas have shown tenacious fighting qualities over the summer and despite already having won the series after two victories in Paarl they found a way over the line at Newlands as well.

South Africa continued their incredible One Day International record at Newlands on Sunday when they claimed a tight four-run victory over India to whitewash the visitors and claim the series 3-0.

The Proteas have won an impressive 32 of the 38 matches they have played at the scenic venue and on Sunday they claimed the spoils in dramatic fashion.

India sat comfortably on 278 for seven at the start of the 48th over, requiring 10 runs off 18 balls to complete a spirited fightback thanks to an aggressive innings from Deepak Chahar after listing at 195 for five.

But the Proteas have shown tenacious fighting qualities over the summer and despite already having won the series after two victories in Paarl, they found a way over the line at Newlands as well.

Lungi Ngidi dismissed Chahar with 17 balls remaining as Dwaine Pretorius took a good high catch. That wicket all but sealed victory for the Proteas, with Andile Phehlukwayo and Pretorius wrapping up the tail in the fina two overs.

Earlier, Chahar, playing in only the sixth ODI match of his career, nearly spoilt the party for the hosts when the all-rounder struck an impressive 54 off only 34 deliveries, which included five fours and two big sixes — to ensure a thrilling finish to the match.

Chasing 288 for victory, Chahar strode to the crease in the 38th over with his team on 195-5. It soon became 223 for seven in the 43rd over with India looking dead and buried.

But a couple of lusty blows by Chahar, including back-to-back sixes off the bowling of Pretorius — forcing the medium-fast bowler out of the attack — quickly changed the complexion of the match.

On a weekend where Cape Town recorded record high temperatures, opening batter Quinton de Kock continued his form from the previous ODI — in which he scored a solid half-century — to strike a blistering hundred, the 17th of his career.

De Kock, who was awarded the player of the match as well as the player of the series awards, masterfully struck the ball all over Newlands stadium in his innings of 124 off 130 balls, which contained 12 fours and two sixes.

“If you look at Quinny as a person, when he’s freed his mind up, that’s probably when he plays his best cricket. It’s just great to see him come out and play the way we all know Quinny can play. The way that he has been when he’s at his best, he has that sort of freedom about his game,” said Proteas coach Mark Boucher about De Kock’s performance.

The wicketkeeper-batter was aided at the crease by Rassie van der Dussen, who was dismissed for the first time in the ODI series, notching up 52 off 59 deliveries, striking four fours and one six. The impressive batter brought up his 10th ODI half-century as the pair put on 144 off 140 deliveries for the fourth wicket.

A fantastic fielding display by India which included two run-outs — that of captain Temba Bavuma and all-rounder Phehlukwayo — as well as great outfield catching by Shreyas Iyer and Shikhar Dhawan to dismiss Van der Dussen and De Kock respectively, ensured that the Proteas could not pull too far ahead.

Krishna finished with figures of three wickets for 59 runs off his 9.5 overs, while bowling spearhead Jasprit Bumrah contributed economical figures of two wickets for 52 runs in his 10 overs.

In reply, Ngidi took the wicket of Indian skipper KL Rahul (9) to peg back the visitors’ chase early.

However, an excellent second-wicket partnership between Dhawan and Virat Kohli of 98 off 109 balls ensued. The partnership was eventually broken in the 23rd over by the golden arm of Phehlukwayo. Dhawan (61), recording his second half-century of the tour and finishing as India’s highest run-scorer, top-edged the ball for De Kock to take a comfortable catch behind.

After a commanding performance in the second ODI Rishabh Pant, facing his first delivery, ran down the wicket and holed out to Magala at deep backward point for a golden duck, Phehlukwayo striking again.

Former captain Kohli top-scored for India with an impressive 65 off 84, his second half-century of the ODI series and his 64th overall.

Keshav Maharaj toiled tirelessly and bowled economically throughout the day and was duly rewarded with the big wicket of Kohli in the last over of his spell, the left-arm off-spinner dismissing Kohli for the second time in two matches.

Maharaj’s figures read one wicket for 39 runs in 10 overs, going at less than four runs an over in a match where about six an over was the standard. DM